I no longer read books by women.

This is a repost of a previous article. 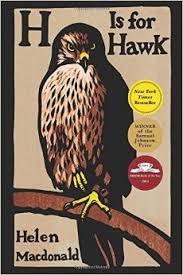 the last book by a woman that I read. It was rubbish.

Back in 1997 when I was working as a sea kayaking guide off Vancouver Island I took a group of female school teachers on a five day trip. In my first book I briefly mention this account. But I left out a little tidbit that left quite an impression on me.

We were all sitting around the campfire one night and the subject got onto books that they had recently read. They all went on for quite some time until one of them asked me if I had read anything of interest recently. I mentioned a work by the title of Snow Falling on Cedars which was set on an island chain not too far from where we were making our paddling excursion at the time. One of the more strident members of the group addressed me:

“Is the book written by a woman or a man?” she said.

I admitted that it had been written by a person of the male sex.

She harrumphed and said, “Well, we won’t talk about that book. We are only interested in books written by women.”

I protested that this was a ridiculous position to hold but I was shouted down and they continued happily with their discussion while I raided our dwindling stores of alcohol.

Twenty years later, however, and the wheel has come full circle as they say. I no longer read books written by women. The last one that I read was H is for Hawk and I only got about a third of the way into it before I gave up. All style and no substance is the only reasonable appraisal of that book that I can make. What little I read was a waste of my time, and I am not in the business of frittering away my remaining reading years on rubbish.

The list of female writers of the last 20 years that are worth reading is pretty short. I have one, Annie Proulx, but that is about it. Before her we have the marvelous Ayn Rand, and that is about it as well. But these two women are merely the exceptions that prove the rule, and the rule is that women just don’t write anything worth reading. They may be able to write pretty words that make up pretty passages but the whole thing will have the texture of a crusty meringue pie – bite into it and inside there is nothing but air.

Women talk a lot so you’d think that they’d be good at writing, but when you consider that women talk about emotions and feelings then that’s what you’re going to get when they write as well. If a man had written H is for Hawk it would have been a cool story where he tells a tale of the art of falconry with some good battles with other hawks and the process of hunting game, and hanging out with other falconers, and drinking copious amounts of booze, and chancing on someone’s illegal still hidden in the woods, and stealing all the grog that then poisons him and makes him go temporarily blind, and you get the idea. It would have been cool.

In Helen Macdonald’s hands however, the hawk story is secondary to her personal grief at the death of her father and she attempts to find her feelings and “discover the pain and beauty of being alive” through a hawk. I think at one point she spent two pages going on about the details of the shade of grey on the hawk’s wing. I mean, who gives a shit?

So I’ll raise a glass to those women around that little campfire all those years ago. You were right, except you just got one crucial detail wrong.