Every time I hear the utterance of the phrase, ‘happy wife, happy life’, I sigh a little bit at the poor schmuck saying it. Last night I was watching a cooking show, (so shoot me; I like cooking), and this brow-beaten beta male with a genuine harpy for a wife rolled it out no less than three times. So let’s have a look at what’s going on with this phrase.

END_OF_DOCUMENT_TOKEN_TO_BE_REPLACED

Shitlord of the week.

Today I present, the shitlord of the week, courtesy of Mr Bayou:

‘I saw her and I liked everything, she has got good sizes…. and so on. I am looking forward to our meeting so much, everything is boiling inside me. I am happy so much.

Ladies and gentlemen, a round of applause for our shitlord of the week.

I know it’s not Friday for most of you, but it is here in Australia and we’re in front and the rest of you are just catching up.

I have a contact who is ex-military at quite a high level. He participated in quite a few war-games with the Saudis. The thought of them invading their own arsehole sends him into fits of hysterical laughter.

If Britain leaves the EU will implode.

If they stay my head will implode. Britain pays the EU 55 million pounds a day for the privilege of losing control of their own democratic process.

Being offended is a trendy self-absorption of the rich.

I hate everyone equally so pretty hard for me to get offended.

God does have a sense of humor.

Let’s see; your business model is built on people sending lots of messages to each other and after becoming wildly successful you decide to install a “Trust and Safety Council,” to censor some speech that you don’t like. If you own Twitter stock and you don’t intend to sell it I have a Nigerian friend called Moses who would like you to help him transfer some money …

Update: Twitter CEO named as weasel of the week.

It comes out every Tuesday and it should be a go-to for you on your weekly internet travels.

Same with these guys. I love Brainpickings, (although they aren’t restricted to only Tuesday).

The Federalist is imploding over Trump.

As are the majority of conservative sites and publications. What they are going to  do when he wins the nomination is beyond me, (something which I called last July and all my friends made fun of me – who’s laughing now?) How bonkers has The Federalist gone? They’re now willing to vote Hillary over Trump to “save” conservatism.

And finally, for your viewing pleasure, a sad Bernie Sanders supporter cries that there are people out there who would vote for Trump. If you’ve ever wondered how politicians like Julia Gillard get elected, this is the reason. Have a good weekend!

It’s Thursday morning where I live. Time for another trait:

The modern man is confident.

END_OF_DOCUMENT_TOKEN_TO_BE_REPLACED

9th trait – The modern man spends less than he earns. 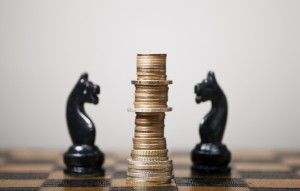 The modern man spends less than he earns.

END_OF_DOCUMENT_TOKEN_TO_BE_REPLACED

First bookstore to stock my book.

So today has been quite a monumental day for me. Ever since I was a boy my dream has been to see my own books in a bookstore. Today that came true thanks to the general awesomeness at Jeffreys Books in Melbourne, Australia.

I went down there today to sort everything out and I dealt with a lovely chap called, Adam. How suitable. Although I was a bundle of nerves I stayed cool and managed not to make a dick of myself. A special thanks has to go to Linda for making this possible.

In future years when I am a big name author of high repute, the first bookstore in Melbourne to receive the benefit of my in-store presence shall be Jeffreys. So let it be written, so let it be done.

8th trait – The modern man does not waste time or money on a college degree.

Trait number eight from our list now rolls around:

The modern man does not waste time or money on a college degree.

END_OF_DOCUMENT_TOKEN_TO_BE_REPLACED

It’s a new week and what better way to start it than with the next trait on our extensive list.

The modern man has traveled.

END_OF_DOCUMENT_TOKEN_TO_BE_REPLACED

“Social justice” is a three-card monte hustle, a cheap and transparent scam or, as Friedrich Hayek said, social justice is a mirage. The object of the SJW game — for Quinn, Wu, Sarkeesian, et al. — is for them to make money without ever doing any actual work except be a professional “activist.” Yeah, so fuck their activism, and fuck their claim to being morally superior to me (or you or anybody else) just because they are an “activist” who claims to be advancing “social justice.”

As he goes on to say, they will do anything they can to silence their critics because their continued funding is dependent on being continually right whereas they are in fact dead wrong on everything.

Think about that. These scumbags, these rent-seekers are happy to do their best to destroy free speech so as to continue playing their dirty game. It shows how vulnerable free speech is. In terms of human history we haven’t had it very long.

You either defend free speech or you don’t. There are no buts at the mid-point of the sentence. You don’t say, “I defend free speech but …” because right at that moment you are a quisling to the cause of supporting free speech. You should particularly encourage the free speech of those that disagree with you or hold alternate views.

And you should be deeply suspicious of the motives of anyone on your political, philosophic, or moral side who seeks to silence their opponents. For that is the sign that their arguments are weak, and their morality is flawed. And at that point it is your responsibility to publicly condemn them. And if you do not, if you say nothing when you know in your heart that what they are doing is wrong, then you are as damned as them.

Our 6th trait in our ongoing adventure:

The modern man rides a motorbike.

The question shouldn’t be, why would you ride a bike; the real question is, why wouldn’t you? Perhaps you’re worried about hurting yourself, but if you did that with everything you wouldn’t go to bed at night. I read some insurance statistics last year that showed that 600 people a year die in the USA, strangled by their own bedsheets. Those beds are dangerous places, my friend.