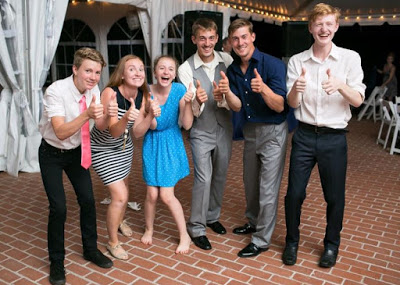 Only three to go. Here’s one of them:

The modern man civilizes his children.

Recently I was talking to a trusted associate who is a master tailor. He told me of a couple who had come into his small and sophisticated shop for a consultation. They brought with them their two boys aged around the age of six or seven. The children proceeded to literally pull apart the gentleman’s displays, scattering buttons across the floor and pulling ties off racks. The parents seemed oblivious to the spectacle even though it was happening right under their noses. Eventually the tailor murmured that he expected the children to clean up their mess before they left, at which point both parents jumped into action with loud exclamations at their boys that they did indeed need to clean up their mess. The thought did not enter their minds that the mess should not have been made in the first place.

Children are the next generation, and they come of age surprisingly fast. If you are a parent you have a short period of time in which to get them in order. Children are little barbarians waiting to be civilized. If they grow up without this necessary guidance then their lives will be a misery. It is like having an untrained dog. If the dog does not know its place it will be miserable. Children are the same.

As a father you also need to be a significant father figure. Your children look to you for guidance. So guide. Don’t begin blathering about how it’s not easy. That’s like an ER doctor going on the news and complaining about all the carnage that they see. One wonders why they got into it in the first place.

I think that a significant proportion of the troubles we are seeing in the Western world in a social sense is due to the last few generations of parents neglecting their duties. Either they were ineffective or they completely abdicated their responsibilities to government institutions such as schools.

I once knew a couple with two beautifully behaved children. The children were around the age of twelve and were a delight to be around. One day at a social gathering someone said to the mother how lucky she was to have such wonderful children. This normally calm woman’s face clouded over and she exclaimed, “Luck be damned! It was a lot of hard work.”

As a father it is your duty to rule the roost. You must be unwavering in your resolve in the face of your children, and unfortunately in many cases of your wife. Do this from day one and after the initial conflict you should be okay. Neglect your responsibilities and it will be all the harder to turn it around in later years. I have seen many cases in my life of guys who act like men to the outside world but who are weak and timid nothings in the face of their wife and children.

By doing this you will raise boys to be men and girls to be women. They hopefully won’t have to go through as many trials as the last few generations have had to suffer. The extreme misbehavior that we see today on college campuses is a clear example of adult-children screaming to be civilized. And yet the college leadership groups simply roll over with their legs in the air. It is too hard for them. These adult-children will progress to the next stages and will end up being in charge of our nations. Heaven help us all then.

The photo at the top of the page is of the children of journalist Robert McCain. He is a man who has taken his responsibilities seriously as a father, and as a result he is sending six healthy, well-adjusted, and civilized children out into the adult world. When compared to the majority of young adults out there perhaps it is fitting to raise a statue to McCain at his Alma Mater.

The modern man civilizes his children.

There is no road-map for your life.

No tip jar; no PayPal.