The key to networking. 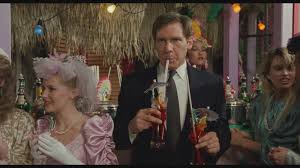 When I was young I was pretty small for my age. My critics would say that I’m not much bigger now. I learned early on that I needed to rely on my mouth rather than my fists in order to get myself out of trouble, and as I got older I became very skilled at manipulating those around me to get what I wanted. It’s a skill that never goes out of fashion and today it’s even more important than ever.

I’m going to let you in on the secret of great networking. Like all secrets worth their while it’s no big deal to put it out there. Most people won’t really get it even when it’s spelled out for them, and of those that do get it very few will put it into practice. So I have no fear of giving away one of my hard earned ‘secrets’.

The key to networking is the art of contacting people when you don’t need something from them.

Think about it. Most people only contact someone when it suits them. When they want something. Maybe they find out about a job that’s up for grabs. They know Bob who can definitely get their CV shot to the top of the pile. Hell, he might even be able to bypass the pile entirely. So they contact good old Bob.

Who they haven’t made any contact with in years. In fact, the last time they contacted Bob was when they needed some other favor from him. How do you think this makes Bob feel? Maybe he helped out the first time, and even the second. But by this stage he’s going to be polite, and then he’ll assure them that he’ll do what he can, and then he’ll dump their CV in the trash.

Bob does this because he feels like he’s being used. And he’s right to feel that way. He is being used. That isn’t networking. That’s called being a user.

Networking is the art of contacting people not only when you don’t need something, but maybe offering to help the other person out. You build relationships. You make yourself a valuable commodity. There’s a sure-fire way to know if you’ve networked properly. If you need something and another person calls you up to help you before you’ve even asked for it. They’ve heard on the grape-vine what’s been happening and they’re only too happy to help you.

Why? Because you’re a valuable guy to help out. You know everybody. You have great relationships with everybody. They want to help you. And more importantly, they want you to feel slightly indebted to them so they can ask a favor in the future.

Did you see what I did there? It’s a circle. Because you already played that game on them when you helped them out for ‘no reward’. You were sowing the same seeds of indebtedness.

But someone who only calls up when they want something? That’s rude. And it’s not how the game is played. You can only pull that stunt when you’re at the top, and even then you have to be judicious with it.

I bet you’re thinking that all this networking stuff is a lot of work. You’re right, it is. And it’s an art. Which is why I have no issues putting it out there for everyone to read.

Podcast interview with yours truly.

The ongoing sexualization of children in schools.