Australia does not have a conservative party. 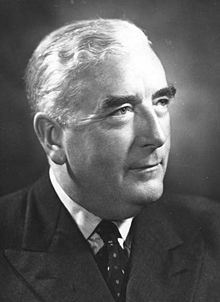 A couple of weeks ago I wrote that the new Australian conservative prime minister, Malcolm Turnbull, was not going to have things his own way:

With over 1.3 million votes going to minor conservative parties, what this election showed is that Del-Cons do matter. Turnbull will now be forced to accommodate true conservatives onto his front bench.

Turns out I misjudged the situation. Even though he barely squeaked over the line he remains completely certain of his own unending brilliance and superior intelligence in all matters. True conservatives in the party have been left on the back bench, most notably the former prime minister Tony Abbott.

In light of recent events, Senator Cory Bernardi has formed a new conservative group to unite conservatives in Australia. It remains to be seen how he plans for this to proceed. At this time he has merely called for like-minded people to join, but he has not even released information on how many have already signed up.

The fact that Bernardi is doing this in the face of his own party speaks volumes for the dire situation that conservatives find themselves in Australia at this time. We have not had a true conservative party since 2007 when John Howard was defeated, but even he was dubious in his conservative role. This is the man, remember, who effectively banned Australian citizens from owning firearms. And the highly controversial “hate speech” legislation sat on the books under his watch, untouched and unchallenged for over a decade.

As one commenter over at Catallaxy files wrote,

A true conservative party would do exactly that. If even one of those points was seriously undertaken there would be mass demonstrations in the streets with the leftie luvvies losing their collective minds. But we have seen no demonstrations because the Liberal party, (which are the conservatives if you folks from the USA are wondering), are scared. Which means that they are cowards. Tony Abbott stopped the boats, he repealed the awful mining and carbon taxes, but then he ran out of courage.

They’ve been scared for over 40 years. And over that time, piece by piece, the Left have built up their power in the background, unchallenged and aided and abetted by their enemies. For when the Liberal party are in power they appoint members of the Left to prominent positions. They are too afraid to even appoint their own; or perhaps they want the Left to “play nice” and “like them”. But the Left don’t play nice. They play smart and they play the long game.

We have faux-conservatives and they are too scared. The only move the present government has up its sleeve is to penalize Australians who followed the rules and saved for their own retirement. The looming retrospective taxation of the superannuation system is a complete betrayal of the entire Australian tax base. It will result in a total of lack of confidence in superannuation and an increased reliance on welfare in retirement. Just the sort of move in which the Left could be proud.

With a majority of a single seat I give the present government a year of survival time at best. Which means Bernardi better get cracking, as it won’t take much more of this for Australia to become the 21st century Argentina.