Can women vote for a doer? 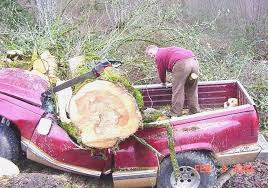 of course, some men are better at doing things than others …

The Z Man has an article today called, Doers versus Talkers. The crux of the piece is that some men talk about what they would do as opposed to other men who get out  there and actually do stuff. It reminds me of a great scene in Woody Allen’s Bullets over Broadway where a bunch of would-be writers spend all their time sitting in cafes talking about the great pieces they will write as opposed to actually writing. Talkers versus doers indeed. But I digress – to Z Man’s piece:

Even so, The model of the doer versus the talker is a useful one for understanding the world today. A century ago, almost all men in America were doers. In fact, it was hard to be anything but a doer …

… Today, few of our politicians have ever done anything resembling useful work. Those who did some time in the service were almost always JAG officers, meaning the greatest danger they faced was a paper cut. The commentariat is even more divorced from the world of deeds. Look up the resumes of these folks and you see nothing but stops in think tanks and media jobs.

Reading this I wondered what had caused this change. And then it came to me in a flash. One of the mantras that I repeat on a frequent basis:

The change that happened coming on a hundred years ago was the granting of the vote for women. Whereas men traditionally rely on doing and achieving things, women focus more on talking about their emotions and feelings. Thus we see over the past hundred years the steady watering down of men with actual life achievements to the political class that exists today which is as the Z Man describes.

Politicians know that you have to get the female vote. Women outnumber men in most countries around the world. This is as nature would have it for obvious biological reasons. Thus we see the steady trend towards politicians relying more on words than actions or deeds.

Lower status men have been very happy with this turn of events. Whereas before they were relegated to sniping from the sidelines, now they are in the thick of it and their words carry real power. When you add up these demographics you can see how it’s not that hard to get to 50.01%. Unless the other guy is doing the same thing. Then it’s the battle of the words. This of course is not very exciting, hence the declining interest in politics and politicians. They are divorced from reality because the great unwashed still have to mostly get out and do stuff if they’re not lazing around on welfare.

Trump threatens these chatterati because a Trump victory could mean a return to a world of doers as opposed to talkers. Their words would become meaningless and they would be relegated to … well, just look at Glenn Beck as we speak. That is the fate that awaits them.

It is interesting that many women will vote for Trump. They understand that the feminine way of talking things is not as effective as the doing method. One has only to look around and see what is happening in the local neighborhood to understand this. The question however, is whether enough women will vote for the doer over the talker, and Hillary Clinton is the ultimate example of a talker.

Ultimately we need a world of doers. Our civilization was built upon people who did things. The amazing inventions and innovations of the industrial revolution happened not in ivory tower institutions of higher learning but on the factory floor by men directly involved with the tasks. University professors then came in and studied what was happening and then they cunningly built an entire industry based on telling other people how to do things by people who had never done a single thing in their lives.

Direct democracy doesn’t work as people will inevitably vote for the person who promises to give them the most free stuff. We see the results of that today. One solution would be to take away the female right to vote. Another would be a return to representative democracy. You may only vote if you pay tax, own property, or have served in the military for a set amount of time. You may not vote if you are on welfare or a public servant.

That would require a revolution of sorts. But who knows? The revolution might be coming.