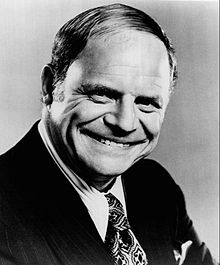 this guy made fun of black people. Better get your pitchforks sharpened.

Gene Wilder died today. He was part of the great cohort of comedians in the 1970s that included Lenny Bruce, Don Rickles, and Richard Pryor. You can jump on youtube and look at just about any skit from these guys from the 60s and 70s and know in your heart of hearts that it couldn’t be performed today. Apparently that’s called progress. When they’re screaming one particular word at the top of their lungs it’s a pretty good bet that the reality is the opposite of the word that you’re hearing. Which sounds a lot like regression to me.

Comedians used to get paid to make us laugh. The funniest moments come from truth. When a comedian can get us to laugh at ourselves then he is doing a good job. Nowadays comedians are still allowed to do this but only if they are from the demographic that they are poking fun at or if they are above the target demographic on the social justice totem pole. So a black comedian can poke fun at whitey but not the reverse. Even then the thought police will judiciously weigh what has been said in an effort to determine whether or not a line has been crossed. The humor will be lost somewhere amongst all of this.

So what are comedians for today? They are there to lecture us on our supposed prejudices and privilege. It is a form of sadomasochistic abuse. It isn’t funny but people will laugh out of the fear of not fitting in. The other people who pretend to laugh are the aforementioned thought police who are busy ticking boxes on their list of “things you are allowed to say.” Comedians are also now supposedly experts who need to be consulted on all aspects of public policy. Which is amazing when you think about it. I mean, I loved Richard Pryor but you don’t get a guy to pontificate on matters of national importance if he’s liable to run down the street after setting himself on fire due to freebasing a few kilos of Peruvian marching powder.

Gene Wilder lived a long life but he must have died knowing that something very important is on the verge of being lost. Perhaps he thought that it was already irretrievably gone. The totalitarians always target humor first. If they can get past that one then they’re on their way because nothing dissolves the perpetual offense-seekers more than genuine laughter. Think about why comedians aren’t allowed to say this stuff today. It’s because of the risk of offending the terminally offended. But comics have always sought to do just that. Even the King had his court jester to keep him slightly on track. A court jester wouldn’t even get a look-in in today’s climate.

If you’re worried about offending people when you get up on stage then you can’t call yourself a comedian. A white female “comedian” will go to town on men but she won’t venture anywhere near having a go at any other race or creed. And a white male “comedian”? All they can do is make fun of themselves. Oh I’m sure that there are a few comedians out there who are still flying the flag. Perhaps a bunch of my readers will mention this guy or that guy. But the exceptions only go to prove what I’m saying. Comedians like Jerry Seinfeld won’t play on college campuses anymore, and the kids don’t miss him. Heaven only knows what would happen if Don Rickles sauntered into their midst.

I predict that we are not far off from youtube being pressured into taking down old skits from the likes of the guys I mentioned earlier as well as many others. Think of it as a 21st century version of collecting a big pile of books and setting them on fire.

People forget, it’s what we always do. Kids today don’t know who Richard Pryor or Gene Wilder were just as much as I don’t know all that much about Jack Benny. But at least I can still find out about him. For now.