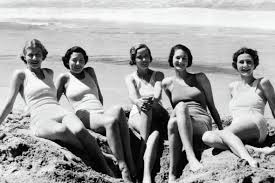 I was due to post a habit of the modern man today but I will need to put it off until next week as something more interesting has come up. PA has a post today about How to choose a wife in a feminist world. He quotes from a commenter at alphagameplan who gave six points to consider. I’m interested in two of the points, (the ones that I have bolded), as they are accurate for the wrong reasons which makes them interesting.

1. She has few (or no “real”) girlfriends.
2. She’s never in the middle of girl-drama.
3. She never induces white-knighting urges.
4. She clearly prefers the company of men-as-friends.
5. She sticks with one romantic interest and doesn’t flirt with other men.
6. (guessing on this one) She desires a traditional life: Lifetime husband, kids, house, white picket fence, dog, etc., and structures her life to that goal.

That is a perceptive list, except for 1 and 4 — those are bright, lurid, pulsating warning beacons. A woman with no female friends becomes that way because she repels people who aren’t interested in her pussy; i.e., other women. She also actively avoids friendship with women because unlike fawning male “friends,” fellow-femmes demand a modicum of pleasant character and semblance of a giving personality in a girlfriend.

OK, sometimes you can find an unconventional, in many such cases a highly intelligent woman, who can’t relate to other women. Still beware — atypical female personality comes with unfeminine deal-breakers. Do you want to be the one running around the house with the vacuum cleaner?

Lets look at number 4 to begin with as it is easier to discount. I have already gone on record as stating that men and women cannot be friends. My slant in that post is that men and women desire different things from friendship. But I don’t think I went far enough. Because while men can and do have genuine friendships, women for the most part do not. This is because to a woman, other women are mostly seen as competitors. As their friendships are based on feelings and emotion this often leads to drama.

A man who is friends with a woman does so because he wants to sleep with her but he lacks the courage. This is true every single time. Lock it in. No exceptions. The woman knows this at some intrinsic level. She gets off on the attention and gets off on the man’s sexual misery. This is a huge inducement for white-knighting urges which thus contradicts rule number 3 in the above list. The two do not go together. So any woman who is close friends with a man that she never intends to sleep with is a poor candidate for marriage.

Okay, now to the first rule on the list. This is the really interesting one. There are two things to look at here. Firstly, a woman may have no real girlfriends because she is a bad apple. Other women do not trust her and are repelled by her on a primal level. This is a very bad sign, and clear evidence to stay away. It is much the same as if a man is not liked or trusted by other men. These women will be very sociable but other women will react by being polite but keeping their distance.

But she will very rarely have any close female friends. The reason for this is that although she enjoys their company on a social level, she does not wish to go deep into a friendship due to the associated drama that she will open herself up to. In other words, a woman who follows rule number 2 of never being in the middle of girl drama does so because she cannot abide that type of drama herself. Which means that she will very rarely have close friends who are girls.

Which brings me to my final point. Your top quality marriageable woman, while being very sociable in a group setting and having many outlets for going out with other girls, will in her private life be very much alone. She will not have friends who are guys because she does not lead men on. She will not have friends who are girls because she does not want the drama. In other words there is a high probability that on a deep level she will have no close friends at all.

Expect her to live alone or still be living at home with her family. She will eventually have one very close friend, and that will be the man who is fortunate enough to succeed in sticking a ring on her finger. She will be unquestionably loyal to him. His job is to live up to her expectations and not stuff up his great good fortune.

The myth of equal work for equal pay.