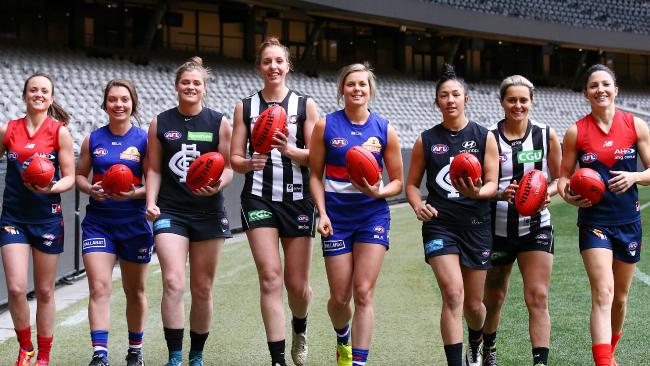 have you heard of any of us? no? give us money then!

The amusing thing about the following saga is how depressingly predictable it is. So one of the latest fads in Australia is women’s sport. To whit, sports that are traditionally played by men on a large stage, (think cricket, rugby and Australian rules football), are now bending over backwards to suddenly develop and launch fledgling women’s competitions. The primary motivation for this can be summed up with The Equalities! There is no demand for these sports on the part of spectators. In fact they will be starting from zero while competing against sports that have been played before crowds for over a hundred years.

It took a while for men to be paid to play their sports on a national level. Australian cricketers in the national team had to apply to their employers, (they all had to work full time real jobs as they weren’t paid), for dispensation to get extra leave to go on overseas tours. Cricketers didn’t start getting decent money until the 80s. Australian rules football, (AFL), while not played on an international level, still followed a similar pattern. Players in the 50s and 60s, who played before huge crowds were paid a pittance. Clubs enticed top country players to move to the city with the promise of finding them a full-time job. This document makes interesting reading as it details the payment systems in place and the extraordinary back and forth that went on between rival clubs as they attempted to pay players under the table as it were. Keep in mind that the game was being played before huge crowds and was televised from the 1950s.

In other words, players played for the love of the game far before there was any real financial incentive to play. To be rewarded with the honor of being a top player was all the inducement the majority of players needed to strive to excel and compete in their sport. Over many years the financial rewards improved as the clubs made more money and the league grew and became more financially viable. But this process took close to a hundred years.

Sports overseas have followed a similar pattern, be it baseball in the USA or football in Italy or England. The players who enjoy large salaries today do so on the backs of generations of players who played merely for the love of competing, but who also fought long and hard to claw rights and financial rewards out of the various sports’ administrations.

So now I have set the scene. Let us turn our eye to the brand new eight team national women’s AFL league, which is set to play its first season in 2017. In other words, they haven’t even started playing yet. So the girls have succeeded in getting their own league. Good for them, although I suspect that this is more to do with political correctness than actual interest. The league will be governed by the AFL league that governs all existing, ie men’s, competition. They have made a payment proposal along these lines:

The 16 marquees are the top women’s talent on offer at the moment. I suspect the talent pool that they are drawing from to be rather shallow. But that’s not bad, is it? 25 big ones for your first year of playing in a sport that doesn’t yet exist and has no proven spectator demand. In other words, the league will have to subsidize these salaries from earnings accrued from the existing men’s competition. And even the lowliest player will get 5 grand just for turning up. Surely that should provide suitable motivation for them to improve and get up the pay scale.

The AFL Players’ Association will reject the league’s female pay proposal, insisting the $5000 rate for most of its talent is too low.

What a surprise. Let’s hear what the players association chief Paul Marsh says about this decision:

“These athletes have worked incredibly hard to get to this level and we strongly believe they should be provided with the same opportunities to thrive in the game as the men do.”

So they have worked incredibly hard. So what? I’ve worked incredibly hard on my writing for the past seven years. Does that mean I deserve something? I suppose I should start holding out for better pay. That’s it! I’m going on strike! And as for opportunity, they are being given the opportunity. An entire national league of their own. Keep in mind that the guys didn’t get a national league until 1987, almost a hundred years after they began serious competition.

It seems to me that these women don’t want to earn anything. They just want the prize. I don’t care how hard they have worked to get where they are. Lots of people work hard but it doesn’t entitle them to anything. It would be bad enough if a business owner that has struggled for the first four years of his business if he suddenly demanded that the government give him money from another business because he had “worked so hard.” But to do that even before he had opened the doors of his business is just mind blowing. But that is exactly what these women are demanding.

Listen up, sweethearts. You don’t deserve anything. We don’t care how hard you’ve worked. Nobody owes you anything. You need to take your lumps like everyone else. Get out there and play your butts off and create a following and customer demand. In other words, compete equally with the men. That’s what you’ve all been screaming for. Right?

It doesn’t matter if Trump wins or loses.