The paralympics are retarded. 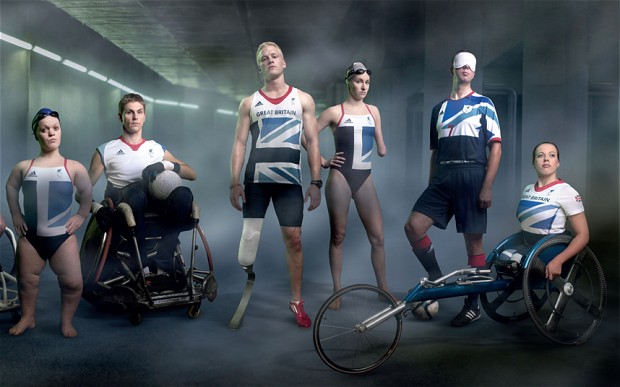 nobody gives a shit.

The Paralympics opened yesterday in a huge fanfare of nobody caring much at all. Admit it, you didn’t take any notice, and if you did it was only because someone brought it up and you felt compelled to feign enthusiasm or be labeled as a hating hating bigot person.

When the Olympics was spluttering through its two weeks of athletes getting mugged or not mugged, I noticed a fair number of articles around the traps by writers proclaiming their general hatred and pouring scorn on the entire SJW infested Olympic ideal. Hell, I wrote a couple myself. And the Olympics are fair game for so many reasons. But now we come to the paralympics and what do we get?

Crickets in a field on a warm summer evening.

There are two possible reasons for this. The first is that although these writers and commentators managed to rouse themselves to compose diatribes about the Olympics, they are simply so uncaring of the paralympics that they can’t be bothered to write anything at all. This I can kind of believe due to the fact that nobody gives a shit about the paralympics. At my local gym during the Olympic coverage, every single television was devoted to this or that event. Crowds of lumpy middle aged women would climb down from their treadmills and whoop and holler for some swimmer or runner as their sweat-stained leotards ran up their ample and frankly terrifying butt cracks.

But yesterday at the gym? 80s music videos. The paralympics can’t even compete with reruns of ZZ Top. I don’t have a formal workplace anymore but I can’t imagine that anyone was gathering around the coffee machine to gush about some steel-bladed runner. And that’s because nobody gives a shit. Why?

Because the paralympics are retarded. Literally. Who wants to watch retarded people compete at events that the world’s absolute best were competing at only a couple of weeks ago? I mean, are you shitting me? Nobody wants to watch that. Even in today’s incomprehensible climate of political correctness, nobody can be bothered to fake enthusiasm for some droolers trying to shoot an arrow with their mouth.

But you won’t hear a word against it. Oh no sirree. And that’s the second, and frankly far more likely of the two reasons that nobody is writing about it. They don’t want to be accused of some un-pc-like-behavior. So nobody says anything but if someone does say something then they’ll be quick to jump on them with accusations of bigotry, and hatred, and disablaphobia, (I just made that word up by the way). You can’t even criticize the paralympics. Even when the entire Russian team was banned for doping, as well as rumblings of people overstating their disabilities so as to be able to compete, nobody can say a word against disabled people.

It’s not that I hate disabled people; I don’t. But I don’t give a shit about them either. Why should I? I’m healthy and whole and nobody gives a shit about me either way. If tomorrow I was disabled I wouldn’t expect anyone to give a shit about me then either. But disabled people seem to have this entitlement factor about them. It gets old real fast. The paralympics have got old real fast as well. I don’t even want to know how much government money is wasted on this event.

But go on. Keep pretending that you support the paralympics when you haven’t watched a single event or couldn’t even name a single athlete without sneaking a peep at Google. The only time the world watches is when a disabled guy shoots his hot wife for having a shower. Which is retarded.