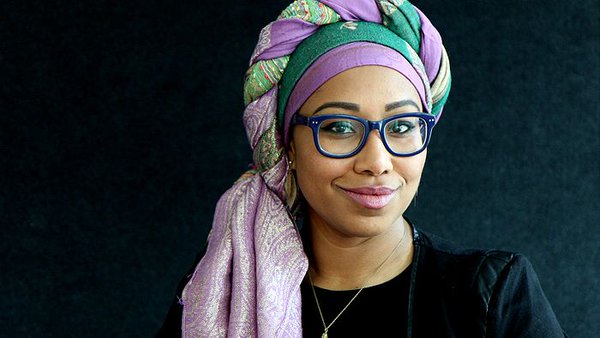 There’s been a blowup at the Brisbane Writers Festival that has reverberated around the globe with concussive force. I didn’t even know or care that there was a writers festival in Brisbane so the organizers must be happy with this free publicity. Seriously, writers festivals are the biggest load of dreary wank. There is nothing more nauseating than being surrounded by people who are there solely because they happen to do something and they want acclaim from their peers. Fragile egos and sanctimonious fools. Let it go on record that if I am ever invited to a writers festival I will tell them to go away or I will taunt them a second time.

Anyway, to sum up what happened:

Some chick called Lionel Shriver, (that’s not a chick’s name – wtf?), made a presentation where she deplored the unstoppable behemoth of political correctness that is now dictating that writers may not write about things that they have no experience with. In other words, being a straight white male I am now not permitted to write books with black, gay, or female characters as to do so is some form of cultural, sexual, and vaginal appropriation. Go figure. I suppose that means that everyone will only be allowed to write memoirs now. Hey! I’m good at that!

Some other sub-Saharan dimwit named Yassmin Abdel-Magied, who writes dreary dreck that is only published due to the fact that she is a pedestal minority hire, walked out due to the extreme stress that hearing words caused her:

“ ‘Mama, I can’t sit here,’ I said, the corners of my mouth dragging downwards. ‘I cannot legitimise this …’ My mother’s eyes bore into me, urging me to remain calm, to follow social convention. I shook my head, as if to shake off my lingering doubts.

“As I stood up, my heart began to race. I could feel the eyes of the hundreds of audience members on my back … My mind was blank save for one question: ‘How is this happening?’ ”

She then wrote about it in an incredibly boring rant in The Guardian, (where else?)

Larry Correria took the whole lot of them to task with a good fisking as only he does.

The freedom to write as one pleases is a cornerstone of liberty. Poets and librarians are imprisoned for the distribution of unapproved ideas in Cuba but not here. Change comes from our willingness to see the other point of view.

One of the volunteers at the festival told me she thought critics of Shriver’s speech were suffering a terrible kind of victimhood … but she would never dare say so.

“I’ll be crucified,” she said.

Well, OK, but I can’t be silent. It’s fiction. People can write whatever they want, from whatever perspective they want, forever and a day. If you’d rather read a book about a black woman by a black woman, buy one, starting with anything by Toni Morrison. If your own perspective is missing from the canon, get out there and write something at least as good and let nothing as ridiculous as self-pity stand in your mighty way.

You may presume to think that I am happy that Overington has come out so robustly in defense of literature. But I am not. All I can think to say to her is this:

Why? Because literature is dead and it has been dead for over 20 years precisely because of political correctness. The volunteer that she writes about is typical of the craven silence that has greeted the progressive takeover by these authoritarian thugs of every facet of the arts. Only now is Overington getting on her high horse to denounce the Marxist invaders.

Well, it’s too late, sweetheart. What you berks never understood is that there is no endgame with regards to political correctness. The very first time that it surfaced was the very first time in which it should have been stamped out like the tiny fire that it was. But you all did nothing. Now that it’s a raging and out of control bushfire you’re suddenly panicking. Why are you even acting surprised? Literature has been subverted from an art medium that used narrative, character, and juxtaposition to one where the only thing that matters is how much virtue signaling the writer manages to pull off in whatever rubbish she writes. I use the female pronoun because the entire industry is dominated by mindless and stupid banshees from top to bottom. Which is why talentless hacks such as Yassmin Abdel-Magied get published.

And when did that little fire begin? Why, with an episode concerning a certain English writer who released a book called, The Satanic Verses. That was the moment and apart from a few very rare brave souls such as Christopher Hitchens, everyone else in the publishing businesses covered their eyes and ran for the hills.

And now that the same forces who demanded Rushdies’ head be sacrificed have moved to their next step, (and it’s not the final one), of advocating for the total absurdness of cultural appropriation, now you decide that enough is enough and you’re going to get outraged. The time for getting outraged was long ago. You write about feeling a chill. My God, woman. It’s not a chill, it’s a red hot poker that’s being shoved up your bottom.

But Caroline is a woman, and as a female writer she has undoubtedly benefited from the same PC matriarchs against whom she is now finally protesting. Which is why I cannot stomach her hypocrisy. Literature is dead, it was lost long ago. The sooner that you all understand that and slink off to your forgotten writers retreats the better. Let the rest of us recreate something from the ashes that has been so completely betrayed by those who were trusted with its protection by the former giants of literature.