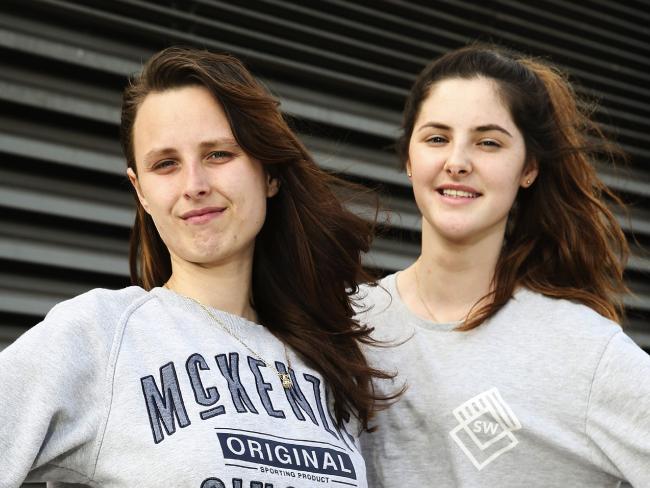 In the news this week has been the story of the two young ladies in the photo, aged 21 and 17, who have decided that the best things in life are obtained by government largesse via taxpayers. In other words, they’re on unemployment benefits, they’re happy with that, so why would they want to work? That’s just like, boring and stuff:

The young women — Ashleigh, 21, and Amy 17 — were last week featured in local media saying they were happily jobless and were uninterested in work.

“I would tell you it’s hard to get a job but to be honest I don’t even try. Centrelink pays my rent and that’s all I need,” Ashleigh told The Daily Telegraph.

The duo were subsequently offered jobs at McDonalds but, according to the newspaper, turned the offer down.

What delightful citizens and young ladies. They are an example for us all. Of course, going on record on national media with the declaration that mere work is beneath you was rather unwise. Social Services minister Christian Porter has indeed stepped up to the plate, although just how the government thinks that our massive financial deficit will be helped by shutting off welfare to these two clowns is beyond me. Far better to launch wide reaching reforms so that this sort of endemic behavior will not be possible in a future government model.

The part that I have enjoyed the most about this sequence of events is the predictable reaction from the progressive left. Writing in The Guardian, (where else?) Dr John Falzon trots out the usual array of meaningless feelgood progressive platitudes that bring about as much light and clarity to the subject as a candle does to an underwater mud wrestling match.

The title of his piece is, “Australia does not have a welfare problem. We have a poverty problem”. This is in of itself a giant misrepresentation, for in fact Australia does have a welfare problem, and saying that being able to have your rent paid for by the taxpayer while you lounge around with your mates is certainly a unique spin on the term poverty. Then we have his very first sentence:

You don’t build communities up by putting people down.

This, of course, doesn’t actually mean anything, at least not in a logical manner. It is simple rhetoric for simple people, designed to get the emotions all tingling with the feelgoods from the very beginning.

We see manufacturing jobs disappearing, the loss of jobs in some sectors due to privatisation, and the global quest for ever greater profits by using ever cheaper labour. We have seen a worrying trend towards casualisation and insecure employment and, on the latest ABS labour force figures, a decline in the total number of monthly hours worked in all jobs.

Some of this is true, but Dr Falzon totally misidentifies the culprits that causes these problems:

Wrong, wrong, wrong, you mouth breather. Falzon whines that there are not enough hours for people to work, (correct), while simultaneously crying that there is an inadequate level of income. What he does not understand is that this is primarily the fault of the minimum wage which is exceptionally high in Australia, (let us not even mention the various union agreements that prevent people from working more than a certain number of hours per week.) From Coyote Blog we have this excellent table: 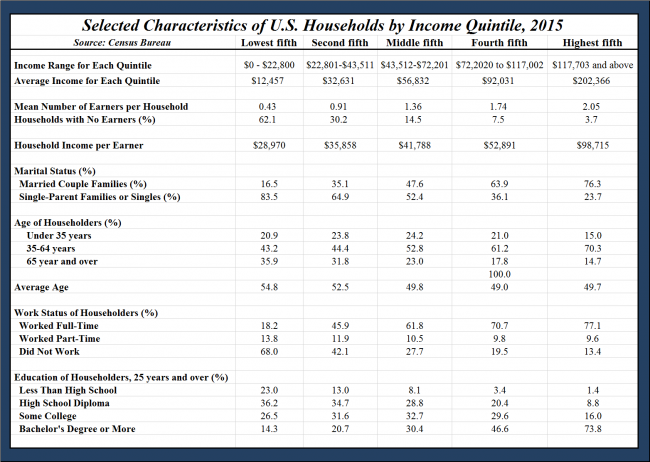 By this analysis, increasing first quintile hours worked (and % employment) has 4.7 times more leverage than fiddling with wage rates.

So now consider raising the minimum wage, which will raise some wages but reduce unskilled employment — it is exactly the wrong thing to do, even before we consider that the majority of minimum wage earners who benefit from such an increase and keep their jobs are not in the lowest quintile but are 2nd and third earners in rich and middle class households.

We don’t just have the massive problem of the minimum wage in Australia but the at times completely absurd union-backed award rates system which can see someone who works a basic job in hospitality receiving over $50 an hour on public holidays. Needless to say, a good number of bars and restaurants no longer bother opening on those particular days, meaning no hours worked at all. Back to the ignorance of Dr Falzon:

The other trick that is used to mask the failures of the market is to blame social services. In this discursive sleight of hand, the persistence of unemployment and poverty is proof that the services are not working, and that their funding is a waste of public money because they have failed to end homelessness or unemployment or poverty.

It’s not a trick. If the government wasn’t having to spend massive amounts of money on welfare then it could afford to lower taxes on businesses and individuals. This would then mean that there would be more money for the private sector to invest in itself which is the only long term creator of jobs. But of course those evil corporations don’t do any good as pertains to the worldview of ignoramuses like Dr Falzon, for a doctor he is:

And in the meantime, we are still eagerly being told that corporations need welfare assistance via tax cuts and concessions.

But what will happen if we get people off welfare and into jobs? Why, they will be unscrupulously targeted by nasty people:

… there will also be entire cohorts of people who are thrown into the arms of loan sharks and predatory payday lenders and condemned to count on charity when all they long for is justice.

This completely undermines any of his previous arguments. He wants jobs for people and more hours but if that happens they will be targeted by loan sharks? Dr Falzon views the underclasses as mere victims who must be protected from themselves by people like him and the organization of which he is the CEO, (donate now).

In the end he trots out the much used, much loved, and completely meaningless platitude of the left.

It is time we actually invested in people and communities.

Just what he or any other progressive actually means by this is always lost in the mists of dumbspeak.

But it’s good news that the government is cracking down on these welfare rorters, right? Well, you’d think so, but then just this morning comes this headline in The Australian:

Wife beaters to get paid leave.

Truly we live in amazing times.