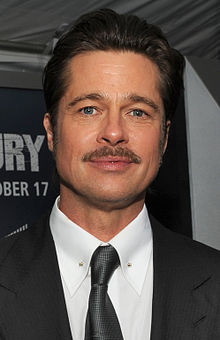 this guy looks capable of domestic violence at any moment …

As a man today you do not need additional evidence to understand that when it comes to being a father the odds are stacked heavily against you getting access to your kids if your relationship falls to pieces. The kids’ mother could just about be a meth-riddled lunatic who holds up pharmacies at knife point to feed her habit and she’d still get custody over you. (By the way, that’s not an exaggeration – I know personally of just such a situation where the mother has custody, the only little problem being that she is also in custody.)

An amendment to the law in Western Australia could see apprehended violence orders being granted before any domestic violence occurs.

“What this does is erode the very idea of natural justice and the right to remain innocent until proven guilty,” Dr Zimmermann said. “This has serious consequences in relation to how respon­dents can be forced out of their homes, lose access to their children and other rights, without the requirement for evidence to be provided.”

Dr Zimmermann is being prudent there by using the third person to describe these poor souls losing everything but we really know that he should be using the male pronoun. All that wifey has to do now is go to the police and say that her husband has committed no act of violence towards her but she feels that there exists a future possibility that he might do so, and viola! He gets treated the same as if he had physically abused her.

It’s the real life version of “point and shriek”. In the past if your wife didn’t like you all she had to do was to get a girlfriend to give her a black eye and then she could stand up in court and point and shriek and you’d be stuffed mate. But the proposed amendment would save women having to go to all that pesky trouble of faking evidence. Now she merely has to point and shriek at the awful man standing in the court as she accuses him of being a slumbering monster ready to awaken at any moment and burst into furious anger, and you’re stuffed mate.

Funnily enough, this would probably have the desired effect. I mean, nothing gets up my goat more than some imbecile telling me to calm down when I’m not in a state of agitation which invariably leads me to obtaining a state of agitation. At that point the man probably has nothing to lose and may as well walk over to her right there before the judge and deck her. The outcome is the same either way so you may as well get the personal satisfaction.

This law is merely a logical continuation of feminine primacy. From a young age men are instructed by society at large that women are special beings with unique abilities that must be worshiped at all times. He is taught that he must be a dutiful provider and in order for her to be happy he must give her all that she desires. After all, women can “have it all” as we are told over and over again. This must then follow that she can have the children as well since society sees no need or value in them stinking fathers. Your job as a father is merely to provide her with the children. They are her property which you are required to pay the upkeep and maintenance towards until they are well into adult life.

The final legal step along this progression will be women’s complete right over a man’s sexuality. She will merely have to point out a man in the crowd and he will be legally obligated to provide her with his sperm and financial servitude towards the offspring for the next 30 years, (those damn kids never want to leave home these days). One can only hope and pray that he will not be required to perform coitus, depositing a good dose in a tube a sufficient act to sign away his rights for decades to come.

Of course, if this happens every woman will just single out Brad Pitt to be the father. Oh wait … isn’t he now violent as well? Angelina Jolie should just go to Western Australia as she wouldn’t have to make up stuff about Brad at all. The distinguished “professor of economics” would merely have to point out her husband and in a calm voice state that he was a future violent risk towards her and their children. Job done.