The perils of advice. 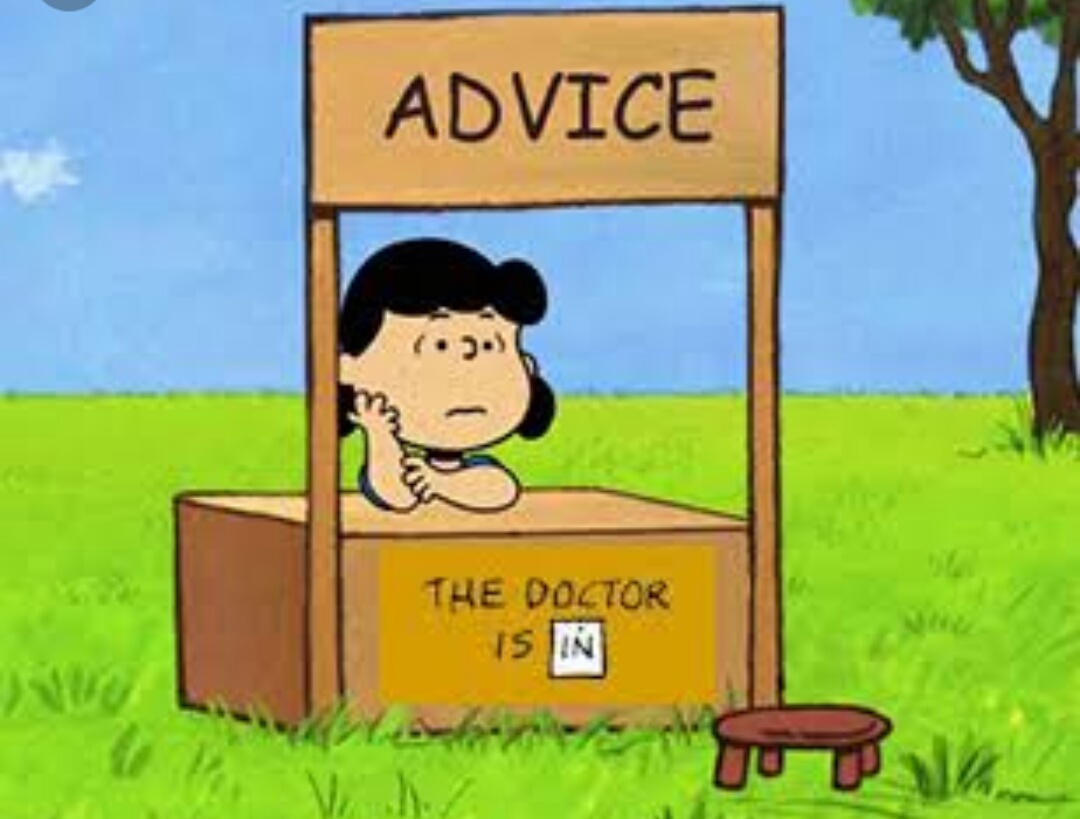 Giving advice is a dangerous undertaking. I’m not sure that I can remember any situations where someone followed the advice that I gave them, whether they approached me or not. I can remember plenty of times when my advice wasn’t followed. I’m not right all of the time, nobody can claim that godly distinction, but my instincts are often accurate. Still, we’re here on this earth to learn lessons and most of the time we need to crack them on our own.

I suppose the most tricky aspect of giving advice is that you become complicit in the attached drama to the decision making process. In other words, if you advise someone to take a particular course of action and they actually follow your advice then they may well turn on you if things don’t go as expected. It’s a double edged sword. Either they won’t follow your advice which means you’ve wasted each others time, or they do as you suggested and it all comes back to haunt you.

Which is why I am now extremely reluctant to give out advice. The blog comes in handy in this circumstance as if someone asks me for guidance on a topic that I have already written about I can just point them to the articles in question and let them find their own way. This usually suffices.

Only in the most extreme cases will I deign to give advice, and I will follow a very particular methodology. The truth is that most people who find themselves in a desperate situation are actually quite cognizant of what must be done to best solve their dilemma. What they really want is someone to listen to them, a sounding board for them to work out their thoughts and emotions. By listening in this way and perhaps nudging them occasionally in a specific direction you enable them to work it out for themselves.

I say in extreme cases because the reality is that I have no wish to sit through people blathering on about their issues, because most of the time it is uninteresting and typically mundane. Only when the person is worth my time and has undoubtedly reached a definite crisis point will I allow myself to cooperate in this way. In some cases I have watched them go several years in the same crisis until they finally hit rock bottom. I like rock bottom; it’s a good place to be as it is the best chance for people to take some concrete action to an issue that they have been avoiding for so long. There’s nothing like the brutal slap of reality to keep people moving in a new direction.

Because of what I have observed with other people and their struggle to take advice I am actually pretty good at taking advice when I seek it out. My new book is the latest example of this. Originally I had a completely different title and cover design worked out but I wasn’t sure if it was the right way to go. I put the question to the great folk over at the 2+2 poker forum in the thread which started my writing career, and they were particularly brutal in their feedback. To whit:

How could you get it so right the first time around and be failing so bad at the second go around? Never mind: middle-age [x]

Ouch. But I like brutal as not only does it often clarify the issue but if someone is that passionate then they might have a really good point, which in this case they did. I’m much happier with the direction that the new book is taking, (number 2 and 3 in its category at the time of writing), and a lot of it is due to me having the occasional moment of small ego to listen to other people. As one of them said today in the thread:

I was impressed that you took comments and suggestions made by myself and others and gave them actual consideration; that doesn’t usually happen—sure as hell doesn’t over at OOT! Instead, rather than consider whether advice being given has merit, people just become defensive and dig their heels in.

The reason why we dig in our heels so often is that it’s rather difficult to admit when you’re wrong, and particularly when you’re the supposed expert. A few years ago I might not have listened but I’m slowly getting better as I go along. This listening to advice has to be balanced however, with a clear direction of where you want to go with a project or idea. If you are weak then you may well find yourself vacillating from one opinion to another as you are bounced around like the ball in a pinball machine.  The key is to have a clear idea of what you want and then test out the areas of which you’re open to suggestion. Finally you need to be able to select the best information at hand and effectively apply it.

It’s a tough business this giving and receiving advice. Which is why I just usually try to mind my own business these days.

Management-speak and the presidential debate.