There is no saving the university system. 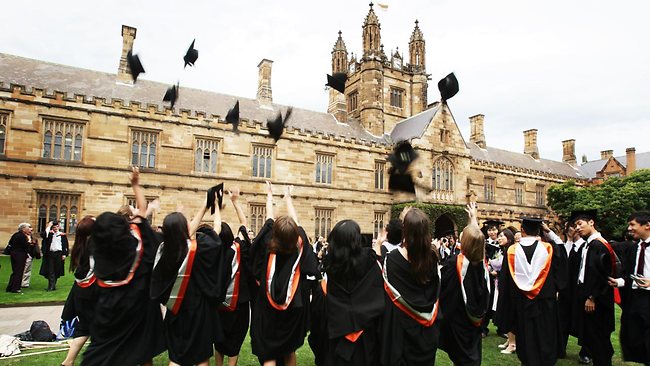 Thomas Sowell has an article up at National Review on the state of university campuses and the disadvantages that students will suffer by going their entire school life being heavily indoctrinated by the left. In his piece he compares the current university situation with that of the people of Eastern Europe who were forced to live behind the iron curtain.

One of the few things that could penetrate the “iron curtain” were ideas conveyed on radio waves. “The Voice of America” network broadcast to the peoples of the Soviet bloc, so that they were never completely isolated, and hearing only what the Communist dictatorships wanted them to hear.

He wonders who could possibly set up and finance a similar scheme as that of “Voice of America” to penetrate the patch-quilt curtain behind which students are comfortably smothered and safe from bad ideas. After all, surely in an electronic age it should not be difficult to penetrate this curtain with alternate arguments.

The problem is that his analogy is a poor one. There are two fundamental differences between those who were once living behind the iron curtain and today’s students. The people in the Soviet Union knew that they were being lied to and they were open and receptive to outside information. If this hadn’t been the case then the “Voice of America” would have fallen literally on deaf ears.

And herein lies the grave problem. University students do not know that they are being lied to and thus they are not receptive to alternate and conflicting viewpoints. Such viewpoints are classified as ‘hate speech’ by those in control and this is fiercely believed by the greater student body. Not only that but unlike the iron curtain’s captive population, nobody is forcing the students to inhabit their patch-quilt curtain. Whereas people in the Soviet-era risked life and limb to escape their confines, university students would undoubtedly break down in howls of protest and tears of resentment if there were even the hint of forcing them out of their protective bubble. Any present day attempt to penetrate the cocoon in which students reside would be a complete waste of time and money.

The reason for this is simple – there are too many dumb people studying in universities, and it is those of low intelligence who are most susceptible to the brainwashing of the progressive left. Increasing the percentage of the population that obtains a university degree was a strategic move on the part of the progressive left to fill university campuses with morons who were easily susceptible to the most outlandish and radical ideas.

The plummeting value of degrees as businesses realise that they are employing drooling retards with severe delusions of grandeur is of no concern with those advocating for their increased inclusion under the banner of equality. The progressive left will happily destroy the university system to achieve its aims as that is what they have always done. It is their modus operandi.

The question then remains of just who Thomas Sowell hopes to awaken with his modern version of “Voice of America”. Perhaps he sincerely believes that there are still intelligent and receptive students in universities. While there undoubtedly are, their numbers are correspondingly small, and since alternate views are easily found by those willing to look for themselves it should be obvious that they should have no need of any assistance.

The university system is hopelessly compromised all around the Western World. It does not even resemble what it did twenty or thirty years ago. It is a government sponsored racket with the ultimate aim of making subservient and deranged zealots – true believers in the myth of big government and socialism. The astounding thing is that while they do this they are charging students exorbitant amounts of money for the pleasure of being indoctrinated. Not even Mao’s China or the Soviet Union ever imagined doing this.

But it is a smart move on the left’s part because it ensures that the students have future skin in the game with regards to their debt. If they are that financially beholden and vulnerable then they will do anything possible to keep the system going so as to keep their own heads above water.

Thomas Sowell still believes that there is a chance to salvage something from the situation. There is not. After fifty years of progressive cancer gnawing away from the inside, the entire university system is rotten. And when you see the same big businesses that hire young people with these worthless degrees now advocating for quotas for female managers then you know that they are becoming rotten as well.

Just where all this will end up is anyone’s guess.

The server is temporarily unable to service your request due to maintenance downtime or capacity problems. Please try again later.

Additionally, a 503 Service Unavailable error was encountered while trying to use an ErrorDocument to handle the request.