Only this morning I watched the video of Bill Leak’s speech at the launch for his new book on Wednesday night. The video is notable for the gate-crashing by Sir Les Patterson and for his remarkable poem in Leak’s honor.

Now a scant few hours later comes the news that Leak passed away this morning from a sudden heart attack in the Gosford hospital. This is devastating for Leak’s family, for the Australian public, and of course for Leak himself. Quite frankly, we have been robbed.

Robbed of a courageous man whom so many loved despite the vitriolic hatred of so few. A man who was at the top of his game and whose brilliant cartoons effortlessly skewered the disreputable, the craven, the dishonest, and the enemies of our culture and civilization. In an era of so much public angst at so many celebrity deaths which have all left me completely unmoved, I find myself struck with a sense of loss that I have never before experienced at the death of someone whom I never knew nor had ever even met.

Leak was forced to move to an undisclosed location last year due to threats from Islamic extremists. He also had the stress of an absurd prosecution from the Australian Human Rights Commission regarding one of his cartoons, a prosecution which was marked by the ominous public calling from one of the commissioners for members of the public to come forward with complaints so the commission could act upon them. A disgraceful drumming up of business to prosecute one man whose overwhelming desire was only to speak the truth.

Now he is silenced and I look around at the remaining cartoonists in Australia and I see nobody who is up to the task. Perhaps John Spooner if he chooses to come out of retirement but that is it.

I leave you with the video of Bill Leak’s final public appearance on Wednesday evening and his final cartoon in this morning’s edition of The Australian newspaper. 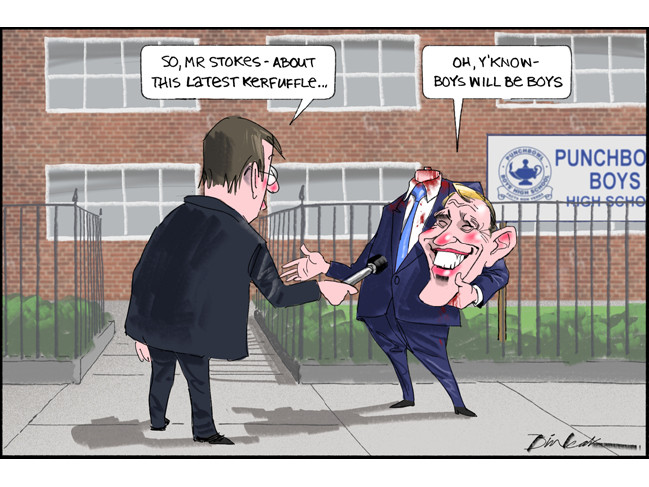