Fairfax press has a rather dubious article out today on the same sex marriage debate. Or should we just call them Fakefax press? Fake news put out by fake journalists who are campaigning for fake homos to have fake marriages. That’s one hell of a lot of fake. I wonder if we can find some fake icing to put on top of the fake cake?

Conservative majority in 12 Coalition seats back same-sex marriage vote in 2017.

Voters in some of the most conservative seats in Australia overwhelmingly support legalising same-sex marriage in 2017, according to a decisive new poll of a dozen Coalition seats.

Oh noes – it’s a poll! And not just any old poll, a decisive poll. You can’t get more authoritative than that. Unless it was written in crayon. Pink crayon of course.

And Coalition MPs are seen as out of touch with the community – and could lose votes, and even their seats – if they continue to block a free vote in Parliament and insist on the defeated plebiscite policy.

Double oh noes! How about that for reporting? Headline – MPs could lose votes and even their seats in a future democratic election! Gee, I never knew that votes could be lost in elections. Thanks very much for enlightening me, Mr James Massola, journalist extraordinaire. 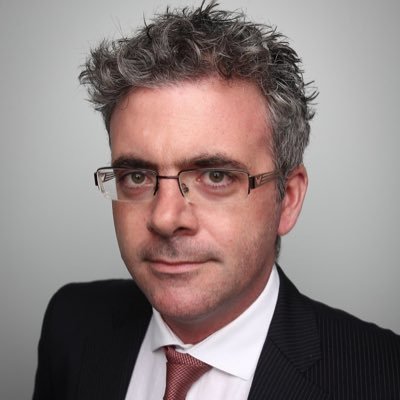 Here is James. He is a really, really good journalist. He’s got a degree and everything.  His hobbies may or may not include knitting, vomiting, and flying to the moon.

But back to our quote:

… if they continue to block a free vote in Parliament and insist on the defeated plebiscite policy.

Dear James, you appear to be a peddler of fake news. The plebiscite has not been defeated. The government won the last election by promising to allow the Australian population a vote on this matter. Why do you continue to insist that the government ignore this promise and vote on the matter in parliament?

Probably because you know very well that the plebiscite will not deliver the outcome you desire.

The one who is out of touch with the community is you, James, along with every one of your colleagues at the fake newspaper where you fake journalists work your two hour days to produce utter garbage like this. This attempt at fake news is quite frankly embarrassing. How dumb do you have to be to believe that people would be taken in by such nonsense? I suppose we could turn to the comments on the piece to find out …

We just had an election and a party with a policy of a plebiscite to decide the SSM issue was elected to government. It is the crazy left that is trying to wreak the ship. The only poll that matters in relation to this issue is a plebiscite.

Oh oh. Even the raving loonies who still read the Sydney Morning Herald are a little disbelieving.

Oh please. Opinion polls are completely compromised these days. The client organisation who has paid for the survey always gets the result they want. It is so easy to get a pre-determined outcome by the way questions are framed, ordered, etc.

The only true poll of Australians, the 2016 election, saw the majority of Australians vote for a party that proposed a plebiscite. Just as importantly, an equally true poll (the plebiscite) would have been held by now except the Greens and Labor prevented it from occurring.
Perhaps both parties could do a deal?
Scrap 18C in return for a free vote?

On it goes. Of course there are plenty of loonies in there who are only too happy to get with the SMH fake narrative but this is what happens when you close down mental health institutions. So take a bow, James. Our fake journalist of the day. And just another glaring example of how far the journalistic profession has fallen.

My arts degree is worth something, it really is!