Male anti-violence is the latest “shut up!”

Mark Steyn has described how freedom of speech is being shut down under the guise of making us all safe. It would be nice if we could listen to speakers that the left has deemed inappropriate, but the threat of violence against all those involved makes this rather unpalatable.

Nice little Festival Hall you’ve got there. Shame if anything were to happen to it.

In a similar vein, efforts to rid boys of their pesky and inconvenient masculinity all fall under the guise of promoting “anti-violence”. The propaganda states that men and boys are naturally violent and awful creatures and they must be taught to be nice young girls with dicks.

Courtesy of the Australian government, a conservative government mind you, we now have the unmitigated joy of benefiting from what they refer to as an excuse interpreter which has been released by the Council of Australian Governments’ Stop it at the Start campaign.

The Stop It At The Start campaign is the latest to link gender inequality, traditional gender norms and disrespect with violence against women … A language guide designed to expose­ “hidden meanings” behind common expressions such as “boys will be boys”, “she’s a little princess” and “it takes two to tango” is the latest weapon in the multi-million-dollar war on violenc­e against women.

And just who will be perpetrating this awful violence against the wymens? 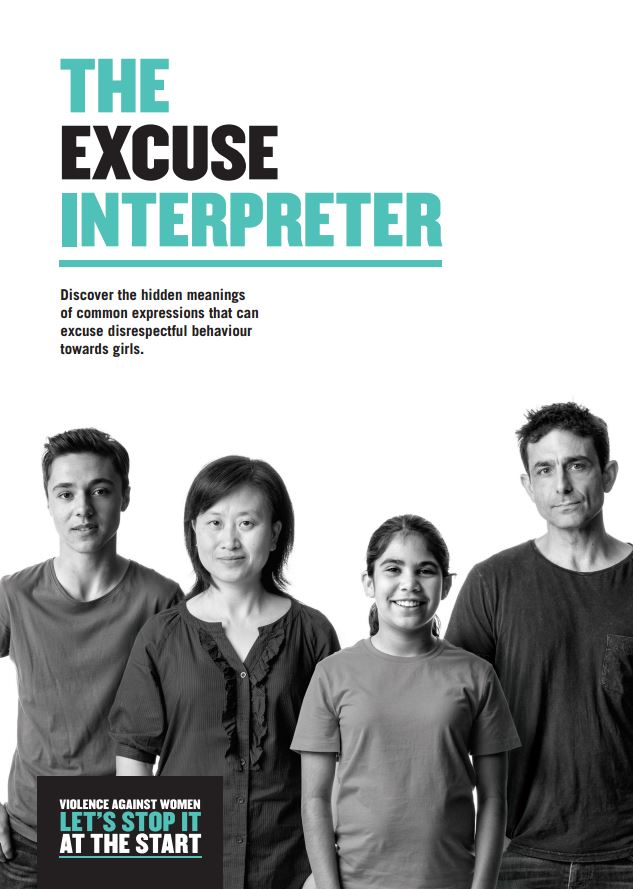 hmmm … it looks like the nasty violent males are white while the poor oppressed wymens are culture-enrichers. What a surprise.

Lets check out the list of “common expressions which can cause disrespectful behaviour to girls”. 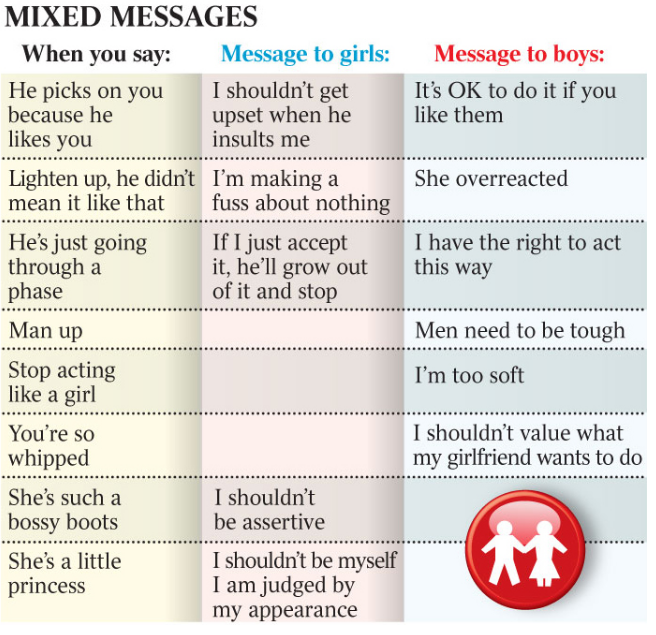 Just so you know who is behind this “the campaign was developed by the Department of Social Services in consultation with parenting­ experts, child psychologists, a behavioural change ­expert, the Department of Education and other experts.” In other words, we got lots and lots of experts so it must be good!

My personal favorite has to be the “you’re so whipped” explanation. Apparently if young men do not cater to every random need and desire from their special snowflake princess girlfriends then they are perpetuating male violence against women. I wonder how that would work if she wants her boyfriend to beat up all his ex-girlfriends? Tricky stuff this social engineering.

Yes, I know this is all ridiculous, and I know we should just laugh it off and ignore it, but it is another layer on a layer cake of social control and conformity with a basis in feminist Marxist brainwashing. Our government wants to control what we eat, what we do with our bodies, how we live our lives, what we say around the kitchen table, and ultimately how we think, something that a chap called Orwell warned us about some time ago. This is an attempt to transform society through social manipulation the likes of which the world hasn’t seen since Mao’s China.

White men are seen and portrayed as the enemy and the latest attempt to silence them is to re-frame their every underlying motivation as originating from violent intent. It’s the kind of deliberate mischaracterization that makes me want to go out and start cracking some useless academic heads. This isn’t just an attack on free speech. It is an attack on the free speech of one segment of the population. The segment that stormed the beaches at Gallipoli, that stopped the Japanese on the Kokoda Trail, and that then came home and continued to build this country.

ANZAC Day is fast approaching and while we stand there in our thousands at the dawn services around the country we would do well to remember that we are remembering white men who saved this country by being men, not by being emasculated she-men, browbeaten into submission by social engineering. That men are capable of violence is our supreme burden because one day we may be called to unleash those demons in defense of our country, and in defense of our women. They would do well to remember that. 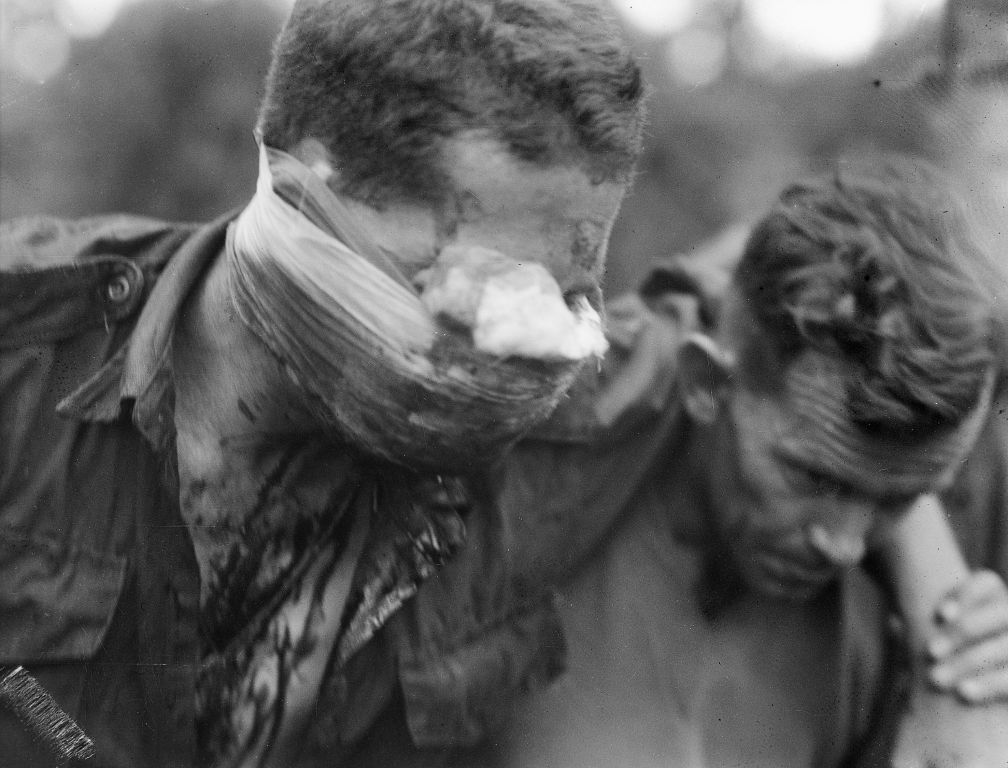 Two Australian soldiers on the Kokoda Trail. Boys will be boys.

On Trump and Syria.