The wall can not be disobeyed.

I normally ignore silly clickbait articles from such reputable news outlets as the New York Post of all places. But “Why I won’t date hot women anymore” is just chock full of unintentional goodness. For a start we have Dan Rochkind, a 40 year old executive in private equity with a muscular build and a full head of hair who apparently could have anyone he wanted. Literally anyone.

I wonder what that’s like, being able to have anyone you want, like, literally. I’ll have to ask some of those ISIS slave dealers over in Iraq. What I presume Dan means is that he could have any vapid dollar chasing slut he wants. But surprise, surprise – Dan found that chasing these types of women led to conversations with people who are “flighty, selfish, and vapid”. I mean, whowoulddathoughit?

But all is right for Dan, now that he has found his one true love.

Holy shee-it. So Rochkind is marrying a woman who is pimped out by her mother. I wonder why that could be?

Rochkind found that in Carly, 30, a lovely brunette who’s the vice president of her mother’s matchmaking company and a Syracuse University graduate.

30 huh? It’s the wall, gentlemen, the wall. It speaks truth every single time. Even their mothers know it. Apparently, at least according to Rochkind, his bride to be is not like the supermodel swimsuit chicks that he used to date.

“[She] is a softer beauty, someone you can take home and cuddle with, and she’s very elegant,” Rochkind says. “And she’s 5-foot-2, so she can’t be a runway model, but I think she’s really beautiful and is prettier than anyone I’ve dated.”

She’s not a runway model but she’s prettier than anyone you’ve ever dated? Sounds legit.

The Post got this idea for a “story” after reading some research from a bunch of universities that include Harvard. [Of course they did – Editor]. The research found that beautiful people are more likely to divorce. In order to clarify this groundbreaking research they compared the divorce rates of the top 20 actresses in the world, not exactly a demographic that has traditionally projected an aura of calm domestic respectability.

But it gets better.

Some great-looking people say they’re given a bad rap unfairly.

“When men see beautiful women, they are more concentrated on how she looks because they want to ‘have’ her, and so they don’t want to go deeper and get to know her,” says Isabell Giardini, a 22-year-old Italian beauty signed with Major Models. “And that’s why at the end of a date they wonder, ‘Oh that girl is so beautiful but so empty.’ That’s happened to me often.” 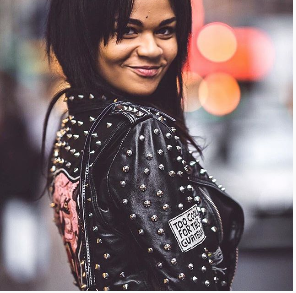 the horror that diversity has inflicted on the Italian modelling industry.

Fat faced culture-enrichers aside, next we have Sonali Chitre – oh wait.

After dating an athletic banker with model good looks for two years, Sonali Chitre, 34, has sworn off hotties.

The wall! It’s the wall!

Chitre, an environmental lawyer and the founder of Priyamvada Sustainability Consulting, considers herself “a 9 or a 10,” but she says she’s done with gorgeous guys. Now, she’s more interested in “superballer” men with high-paying careers.

I bet she is. The reason? She’s ridden as many cocks on the carousel as she is able to, but now she needs to lock down someone for a long term ride. But some women are a bit smarter than Chitre and they don’t wait until they’ve run head first into the wall, self-confessed 9 or 10 or not.

Last year, she stopped putting looks at the top of her dating criteria on Bumble, instead opting for guys who traveled a lot and were “make the most out of their lives” types. In August 2016, she met Christopher Argese, a 27-year-old security technician. Unlike the square-jawed bachelors who disrespected her, Argese is more boy-next-door in the looks department. But he’s kind and attentive.

“He’s not a model, but he’s so much more attractive in who he is as a person,” Young says.

I want it to work for him, really I do. 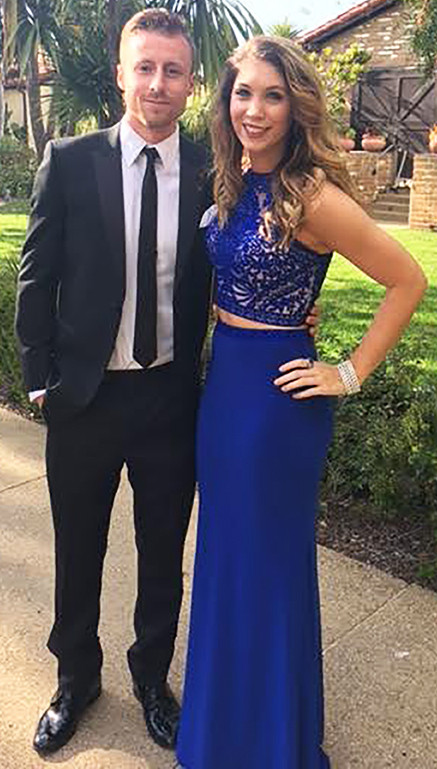 And best of all, she says, Argese doesn’t just see her as a status symbol.

I get that. I wouldn’t be seeing her as much of a status symbol either. But let’s leave the last word on all of this to good old Dan Rochkind. You know, the one who’s going to live happily ever after.