Real life has a habit of punching you in the face.

Growing up as boys we were taught not to hit girls, but the young ladies were also taught not to be silly and to avoid what was then known as shady situations. Of course, today if you suggest to a member of the wymens brigade that staggering drunk down a dark alley late at night might not be a good idea, you will be labelled as a hateful oppressor of her feminine somethings. I know, it doesn’t make much sense to me either, but hey, feminists.

I suppose another shady situation that would have been warned against in days of old might have been violent street protests. But kids these days – what are you gonna do?

The young lady who got ineffectually punched in the face at the Berkeley protest on the weekend has become something of a poster child for ANTIFA stupidity. She dressed up in black, wore a bandana to hide her identify, (that worked out well for her), and on the ride to the protest she boasted on Facebook of how she wanted to “take 100 Nazi scalps”. I presume she has also been a long standing advocate for “equality” and “girls can do anything boys can do” rubbish. So she literally got what she wanted.

It should have ended there but the young internet sleuths sure did some digging on her. I have to take my hat off to them. Amongst the great work they did I have a few personal favorites. Firstly, let’s look at what her own side thinks of what happened. Surprise surprise, they’re setting up a Gofundme page in order to raise 80 large for her “hospital expenses”. Right.

Her identity, home and cell phone numbers, home address, emails, friends and family’s residences, extremely sensitive and endangering occupational material have all been doxxed and spammed across every unspeakable online message board responsible for Donald Trump’s presidency. The poor girl doesn’t have a place on earth to hide that hasn’t been compromised and it doesn’t appear that the onslaught is going to end any time soon.

We don’t even know where to begin, she’s going to require follow up medical attention, a new residence, new employment, may need to change her identity as well …

That is how you beat the violent Left. You beat them right back and then you break them on the internet. Sheer brilliance. This would have been a sensational tactic to have had during the Spanish civil war, in addition to cool stuff such as artillery. 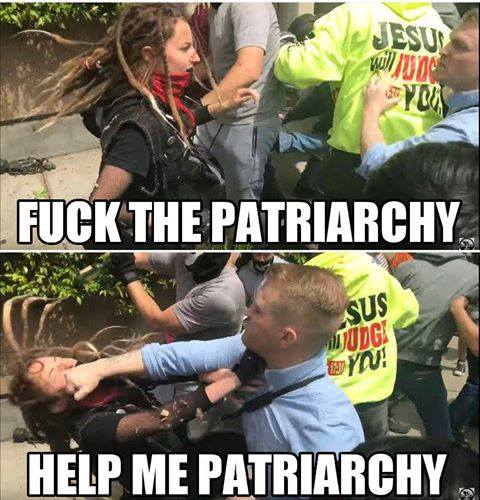 he needs to swivel his hips a bit more.

I assume that the young man who punched her in the face will now also be a target of the internet. To that I can only offer my standard disclaimer – stay away from crowds.

I bet her father and mother must be proud. I wonder what sort of girl they brought her up to be. 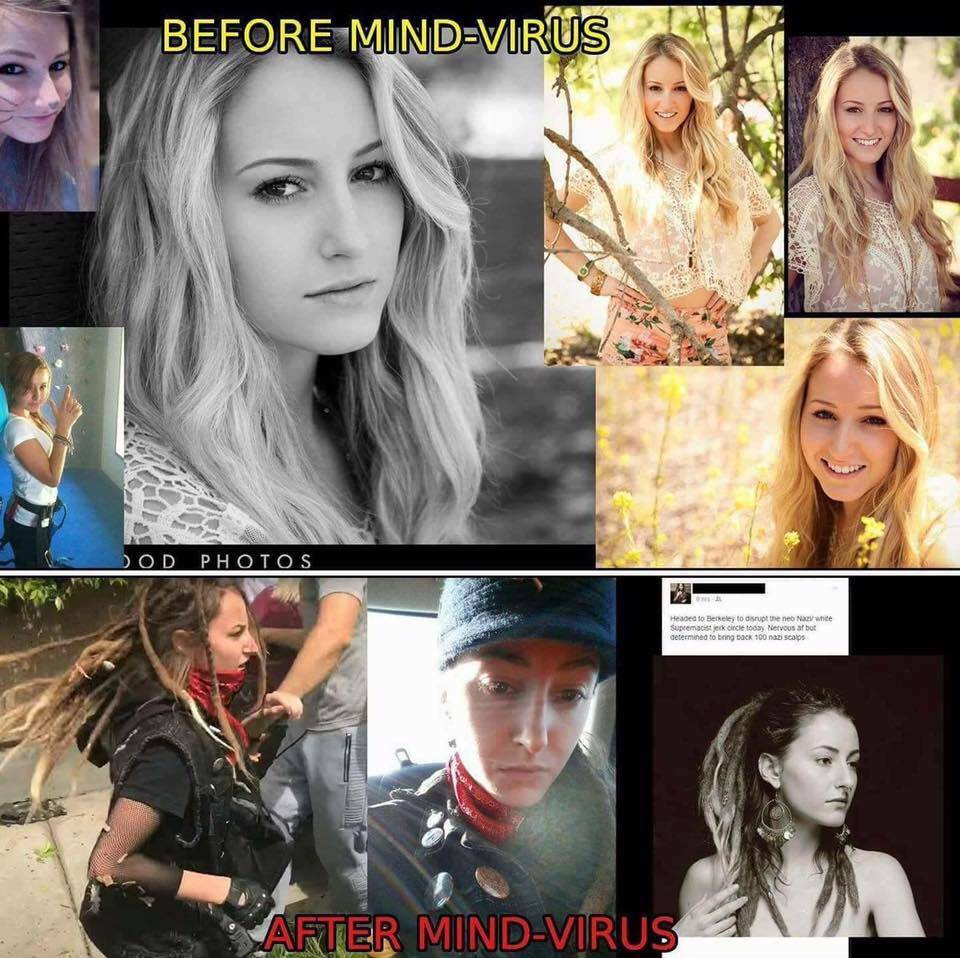 it all went wrong when she culturally appropriated those dreadlocks.

That there is supreme evidence of why you should never let your children go to college. But it is also a damning indictment of trying to treat boys and girls the same way. The young lady has no boundaries. Undoubtedly she was coddled and cared for as she got participation trophy after participation trophy for just showing up and being pretty. Her family protected her against the travails of life, stifling her development and leaving her confused and determined to “understand it all” and to “fight against the system”.

But finally she got a real message from life and it came in the form of a punch to the face. Will it be enough to break her out of her mass of delusions? Who can tell, but the sad fact is that she ever got this far.