Bicycle helmet laws were the start of the rot.

I was a mad keen cyclist as a teenager. This was back in the late eighties when there was no such thing as horrible middle aged white dudes riding around on bikes costing ten grand while wearing lycra. They were all off playing golf. Cycling was not a thing and that is why I did it. My dad gave me $1500 for my 18th birthday, a good whack of cash back in those days.

I spent it all on a bike. A Repco Vertex Time Trial. Here’s a photo of one that a guy recently restored: 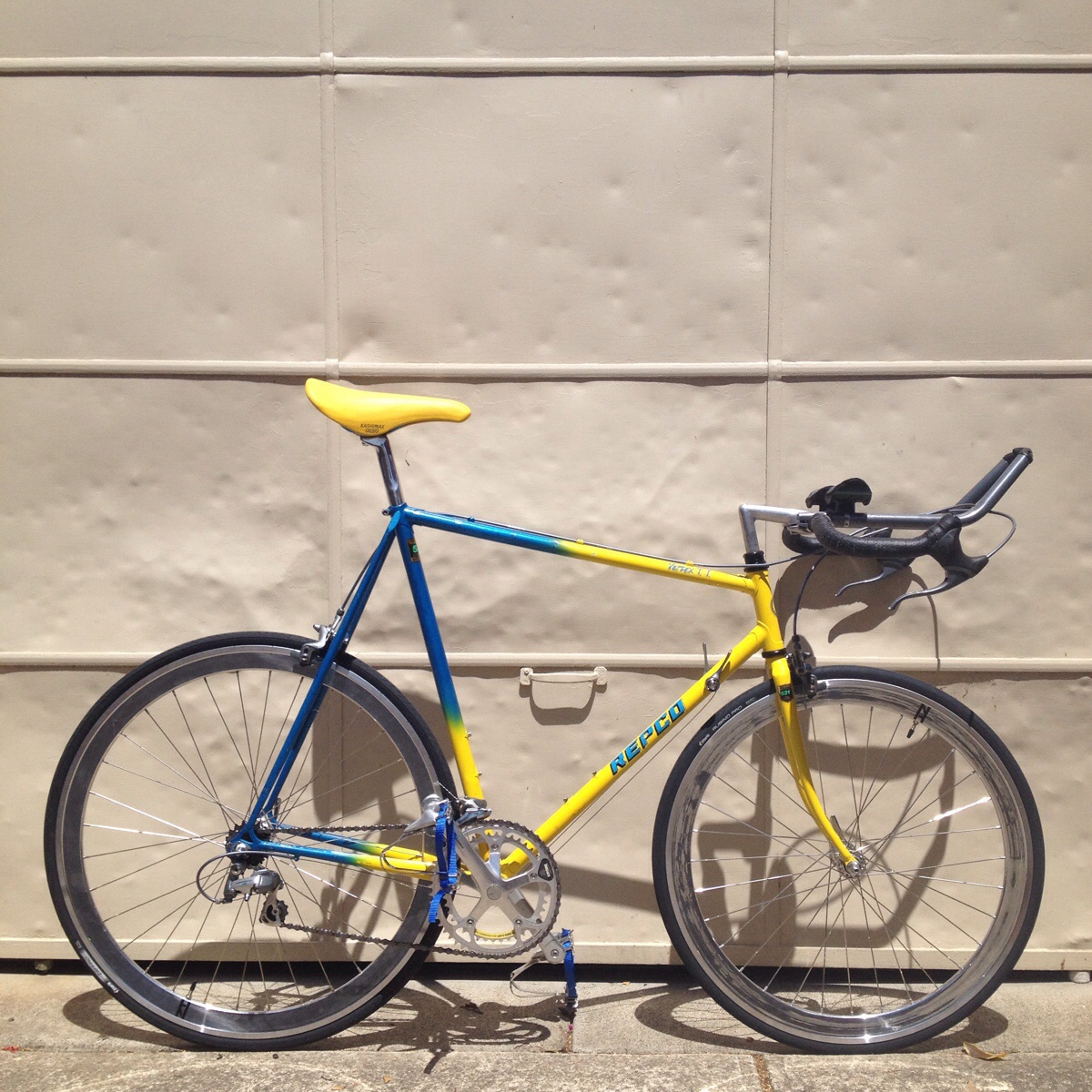 I added the very first Shimano clipless pedals, as well as triathlon handlebars that were similar to these, and a rear disk wheel. I did around 500km a week on that bike. Training, training, but training for nothing. I only ever raced a few times, and I did really well, but my problem was that I was directionless. I lacked an older mentor who could have guided me to a proper competition. I am sure that I could have made professional and have had the golden years of injecting myself with heaps of drugs to compete with the other guys, but it wasn’t to be.

Two things killed cycling for me. Motorbikes and mandatory bicycle helmet laws. Motorbikes are self-explanatory – you get girls with motorbikes – but the helmet law is more interesting. Even as a young man I did not appreciate being told what to do by government morons. And the bureaucrats who succeeded in bringing in mandatory helmet laws in the early nineties in Western Australia were morons of the highest degree. I knew one socially through my family. After boasting to me of his part in the helmet news he declared that banning the triathlon handlebars was next on their agenda. I called him a moron to his face.

This piece in Quadrant on the Western Australian state election has this interesting snippet:

It always helps to have the right policies of course, but symbols count more when you want to build momentum early. My recommendation is to repeal the bicycle helmet law straight up. Bicycling should be able to be spontaneous and joyous.  But now in NSW, riders are fined if they don’t carry photo identification. Of course the bicycle helmet law kills more people (through skin cancer) than it saves. It should be followed in repeal by the laws on recreational fishing, bag limits on herring, boating licences etc.

The bicycle helmet law may be a little thing but it means that you are serious about reform, and that all the other needed reforms will follow.

I consider the bicycle helmet laws to be the real historical dividing line as to when the rot gained serious momentum in Australia. The Australian public was uncaring as the new law at the time only affected school kids and punks like me. Almost no adults cycled back then. Thus we were an easy target.

Since that time governments at all levels, whether they be federal, state, or local, have gone on a legislative craze to regulate each and every aspect of the life of the ordinary Australian citizen. None of these laws have ever been repealed, no matter how stupid or subversive.

Scroll down these photos at the Salt Water New England blog and you’ll catch a couple of ordinary folk out for a leisurely toodle on their bikes. Sans helmets of course. In Australia this would result in flashing police lights and a large fine, no doubt accompanied by a lecture from some pissant twenty year old cop that the unfortunate recipient would have to endure without a word in return. My time in Holland earlier this year was a revelation in the sheer numbers of Dutch zipping around on their bicycles in below zero weather, their scarves flying over their tightly buttoned coats, and not a helmet to be seen. Pure joy. Pure freedom.

Unlike the metropolis that is Australia. A glaring difference between Italians and Australians is the successful implementation of absurd laws. The Italians have far more absurd laws than Australia, but Italians collectively either ignore the laws or find ways around them. Australians will moan, gripe, complain, and whinge, and then follow each and every law to the letter. We are the perfect society for tyranny in the form of a bureaucratic shirt and tie.

The laws mount up year on year because these people have no end game. There is always another cause, another law to pass, another noble-minded intention to interfere in other people’s lives and delight in the power of telling others what to do. The blind obedience is something that I have never understood in Australians. The effect that bicycle helmet laws had on me was to cause me to give up cycling altogether. Every time I donned a helmet against my will and with no choice in the matter, was a little dagger in my soul.

The worst thing you can do to a free man is to protect him from himself.

Fuck earth day and fuck the whales too.