The sheer terror of falling refrigerators.

Why did the koala fall out of the tree?

It was tied to a fridge.

That’s a silly joke that I vaguely remember from childhood, part of a long series of silliness. The jokes, not my childhood.

Here’s another one for you. Did you know that hundreds of people in the USA die every year because they strangle themselves with their own bedsheets? Crazy huh? But I bet that you didn’t also know that this correlates with earnings from ski resorts. 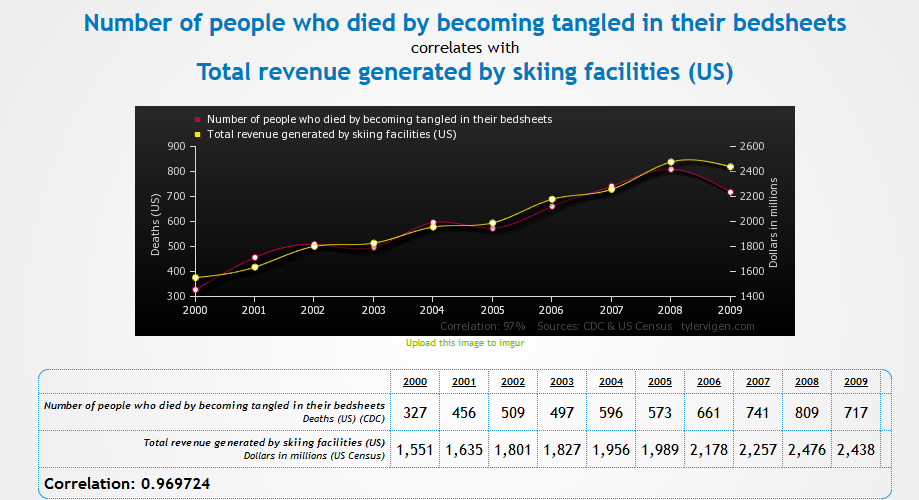 What has all this got to do with anything? Nothing, and everything.

The progressive left desire nothing more than to control other people’s lives. They do this either by banning something or mandating something. So by way of an example, they ban smoking in public places or they make wearing a bicycle helmet mandatory. In both cases this is done under the onus of ‘public safety’. Dying is bad so we must protect you from yourself and from other horrible people.

This dying stuff is either highly dubious or completely falsified. To continue with the examples, passive smoking does not give you lung cancer. It’s a gigantic lie. How do you feel about being forced to stand in the rain to have a cigarette now? As for wearing a bike helmet, it turns out that it greatly increases your risk of getting skin cancer which far exceeds any danger from a head injury.

I could give many more examples of this sort of thing, as anyone who lives in an Anglo-Saxon nation could attest. How about this Worksafe commercial which is presently doing the rounds.

The Worksafe caption that goes with it says, “WorkSafe inspects workplaces anywhere, any day, anytime, because we don’t want anyone to have a really bad day.” I used to work in the safety industry and I can attest to how ridiculous safety rules and regulations have become. It is an onerous cost for smaller businesses, while large corporations welcome it as they are already established and have the resources to be able to comply with the staggering number of regulations required in order to do business. It is a crony capitalism competition killer.

But remember, the left really do care about you. They don’t want anyone to have a really bad day. Anyone at all.

Unless of course you happen to be the victim of a terrorist attack.

Here’s the Guardian’s Mona Chalabi. If you can stomach the video, she flings her faux pearls before the Islamophobes and swinish hoi polloi  at the show’s 56-minute mark (emphasis added):

…actually, the threat of Islamic fundamentalism, if you want to view it in terms of number of dead bodies, which, as awful as it sounds, is the way to kind of make sense of some threat, actually, really, isn’t that present…

… the chance of being killed by a foreign-born terrorist is one in 3.6 million … but all of our perception of threat has been distorted because of the way that risk is presented to us by politicians.

Get that? Even though there are scores of dead bodies it’s a threat that actually, really, isn’t that present. But it gets better, or worse.

A smug stick insect and tireless self-promoter, fellow guest Richard Krauss, the warmist shill who has the gall to present himself as a man of science, couldn’t resist the temptation to demonstrate a nuanced acuity. Below are his actual words, reproduced verbatim. Try not to throw up.

You’re more likely to be killed by a refrigerator, in the United States, falling on you.

So there you have it. Getting hit by a falling fridge is more dangerous than Islamic terrorism, and thus my motivation for the koala joke and the blurred correlation between strangling yourself with your own bedsheets and investing in a ski resort.

If this is the case then let’s roll back all of these nanny state laws to do with smoking, and bike helmets, and motorbike helmets, and warning labels on products, and car safety standards which translate into the ugliest cars in history, and ridiculous drink driving laws which mean you’re buggered after just one drink, and stupid fucking speed limits, and jaywalking laws, and the list goes on and on and on because, and don’t forget this:

You’re more likely to be killed by a fridge falling on you than by [insert stupid law of your choice here].

Of course we know what will happen after this nail bomb explosion in Manchester. The government will ban nails.

We are divided – the three enemies of Western civilization.