Hands up who likes hawt chicks and links!

A bit of a downer for me this week, what with Quadrant magazine, and more specifically Keith Windshuttle, rolling over and apologizing to the ABC. One more conservative icon bites the dust. But would did we expect; they’re academics, and academics are pretty shithouse at standing up to the left. Quadrant subscription cancelled. I’m not helping anyone who can’t help themselves. It’s not hard, just don’t ever apologize. Ever. Under any circumstances. To do so is an admission of guilt on the left’s terms, terms which are more often than not the height of lunacy. You don’t just admit your guilt; you give credibility to their agenda. Fuck that shit.

On to the links.

The good Cappy makes the case for evil. Occasionally I admit to being tempted. But ultimately what holds me back is that in order to effectively manipulate stupid people, you have to think like a stupid person, and I just refuse to lower myself. I bet Cappy wouldn’t be able to do it either. If his consulting business gets shut down I predict that he will end up a prepper living in the woods and talking to trees. After all, trees aren’t stupid. Next please.

Manchester got attacked by TERRORISTS who are ISLAMIC this week. Just in case you didn’t notice. And what is the best response to 8 year old girls getting blown up by nail bombs? Why, a poem, of course.

The white guys standing up on that stage, and there aren’t that many of them which is the entire problem, are the biggest bunch of cucks that it has ever been my displeasure to see. And they wonder why people aren’t going to church.

A regular argument from the left and from cuckservatives is that immigration is great because the GDP goes up. Oh really?

Non-Western Immigrants Consume 59% Of Denmark’s Tax Revenue. I suppose the key words are ‘non-Western’. Hey, let’s open the doors to illiterate goat herders and watch our GDP go up! Morons.

The Australian Football League got its first female umpire last week, and she was so bad that now they are thinking of getting rid of the center bounce because she was so crap at it.

An unusually soft re-laid strip of turf in the centre of Docklands made it difficult for Glouftsis to elevate the ball high enough at centre bounces.

In consultation with AFL umpires head coach Hayden Kennedy, she decided to throw it up in the second half, as happens with ball-ups in general play.

Oh, so it’s not the fault of the wymens, it was the pitch. Gotcha.

Fellow umpires Simon Meredith and Shaun Ryan continued to bounce the ball in the middle of the ground.

Something is not what it appears to be …

The AFL tried to put a positive spin on it with the headline, female umpire Eleni Glouftsis shines in first match. The fans had an entirely different opinion. My favorite though was the club president who called the new umpire a ‘dopey mole’ and a ‘stupid bitch’ on his Facebook page. Of course he apologized which then led to, wait for it … can you guess … ?

He resigned. And was replaced by a woman. Of course.

It’s true. Who else is going to go down on the club’s newest recruit while the rest of the team cheer and throw beer over him?

Anyway, that’s enough from me. Today’s hawt chick. Not the sort who would be the footie club’s town bike. 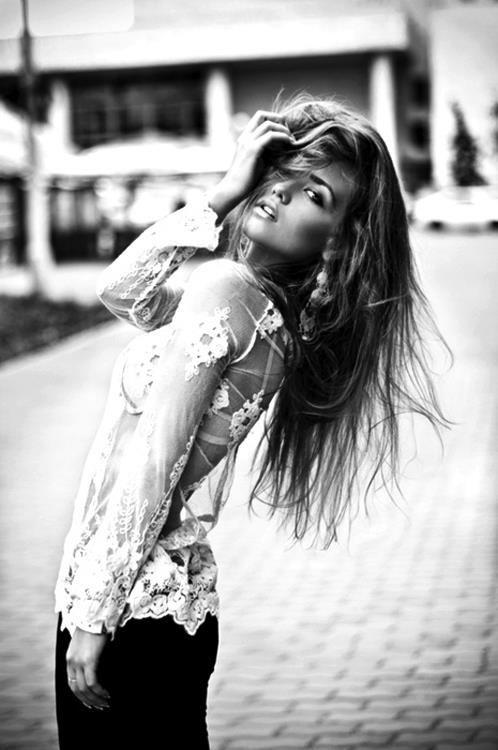