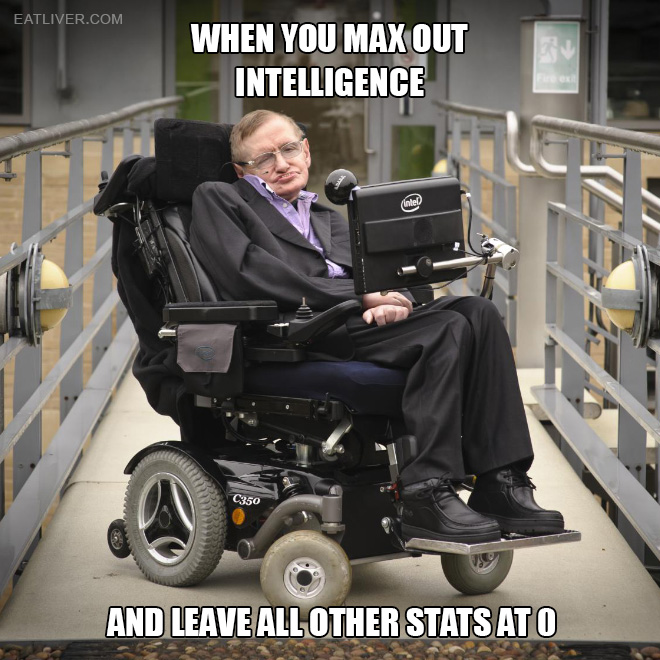 Good morning fellow Delcons, morons, insufferables, and hawt chicks everywhere, and welcome to the first links thread from Europe. Normally at this point of the Friday post I would have unloaded after spending the entire week working myself up into great indignation at some event or other. But not today. I am curiously calm, my mind clear. How about that? Must be disappointing for you all. Like reaching down for your Santa sack on Christmas morning and discovering that your miserable parents had got you the cheap-ass pretend Lego instead of the real thing, and right at that moment you knew what deprivation was really about.

Actually, the Lego I didn’t really care about. As long as they had got me the latest and greatest Airfix army men kits, with an emphasis on cool issues like German mountain infantry, then I was cool. Seriously, whoever it was that purchased my childhood home would no doubt still be digging up lost army men in the back garden. But then I graduated to D&D and Airfix almost went into bankruptcy as a result. Hence the Hawking photo. Magic users sucked, mostly because they were called magic users. My preference was to play a thief. Chaotic neutral of course, the alignment that basically let you do whatever the fuck you wanted.

Where was I? Oh yeah, the links and stuff. Letsa see-a whata we havea gotta.

I’m going to start off with the Woodpile Report because Ol’ Remus kind of blew my mind this week:

Normally I put stuff before the reader to fail or succeed on merit, but these essays brass me off. It’s like two Viennese theologians arguing over vine spacing while the Ottoman armies are at the gates.

Jacobite – Political Violence is a Game the Right Can’t Win

Brett Stevens offers his comments on this article in

Why The Right Always Loses, at Amerika. See “2. It is Not Enough to be Correct”

As for the substance of their arguments, were this 1770 I’d expect them to collaborate on an essay, “Why Independence From England Will Fail”. It would be bulletproof. Guys, the really dangerous one at a fight club isn’t the building inspector. Don’t flatter yourself.

Notions arrived at by over-intellectualization inherit the fragility of their origin, meaning Mr. Hines and Mr. Stevens are being insufferably academic about all this. Perhaps they’re auditioning for the “fusty bow tie” slot, mercifully vacant of late.

I had read the quoted essay from Stephens and it had left me feeling somewhat icky, kind of like my first sexual experience, (yee-gads! What a memory!) So it was with great delight that I discovered that Remus was so disparaging of it. Not delight in that I want to pile onto Stephens – he usually writes top-notch material – but delight in the sense of discovering that it wasn’t just me that had a problem with that piece. I too am more in line with something like The Wrath of the Awakened Saxon that Remus proposed as a counter to such myopic thinking.

Somewhat related, Matt Forney has gone off the reservation and abandoned the alt-right, or at least disassociated himself from the movement due to all the homosexuals that are debasing it. What can I say? Rule number one – no poofters.

The Other McCain recently got around to watching The Big Short. Here is his take on it:

If you were buying a $400,000 home with a zero-down ARM for which you could not qualify under any normal standards of credit worthiness, you weren’t the victim of a fraud, you were an active accomplice. People who “bought” homes with so-called NINJA (no income, no job) loans were engaged in an immoral enterprise, and it is wrong to exempt them from blame for doing something they must have known was wrong.

Quite right. Then to underline the point he received an email from a somewhat upset reader:

There are two things that infuriate me about the housing bubble. First, once people start getting loans they can’t pay back and don’t figure they ever will, they will always outbid honest people or if they don’t force honest people to pay more than they should have had to for a home. If I go out and get a loan I can afford to pay back, I can’t outbid the jackass who will borrow anything on the bet that he can flip the house …

The second thing about the situation is when those bets were paying off and people were flipping houses and making money, no one gave me any of that money. Those were their gains, not mine. But when the whole thing went tits up, I was supposed to feel sorry for them and view their having to give the house back to the bank and rent, something I had done my entire adult life as some kind of tragedy worthy of my aid. Yeah well screw them. Bubbles and speculation happen. But so do contractions. The fact that I ended up paying taxes to bail out a bunch of people who basically got rich at my expense is something I will never forgive.

That’s a whole dose of in your face get the hell out of the way you stupid governments right there.

Speaking of stupid governments, it is now illegal in many parts of NSW and Victoria to go out to the side of the road and collect firewood, otherwise known as dead trees.

In an apparent bid to reduce the reliance of local residents on red gum firewood — three-quarters of homes rely on wood heating alone as the district has no natural gas supply — pensioners were advised wearing more clothes and opening the curtains would reduce power costs and “keep them cosy”. The offer of an “energy saving” kit was also made: two hot water bottles, a low-energy light bulb, some draught-preventing foam tape and two “snake” doorstoppers.

I’ve said it before and I’ll say it again, the ultimate aim of the Australian Greens is to outlaw people. Chalk this up as another example of, why the hell do you think I left Australia?

Let’s have a musical interlude. I don’t know if many of you know this but I absolutely love good house music. It is the one genre in the present day music scene that doesn’t suck big fat donkey balls. Most of the time when I’m bashing away at the keyboard I’m listening to something like this.

One from the mighty Roissy, it’s about the crisis of supportive beta husbands.

There’s a time to hold your wife’s hand, and that time is NOT when she’s in court for fucking and tickling the anus of one of her underage students for months on end.

As always, Roissy speaks truth. And this article perfectly sums up what is wrong with modern men. You want to be successful with women? Then you’ve got to be the fucking leader. Oh, is that too hard for you? Then turn in your man card.

Can you feel it? I mean can you really feel it? Yep, you know what time it is. It’s hawt chick time – brought to you by Europe.

Australia is still my country.

Why you need something going on.