A lesson on not apologising from Clementine Ford. 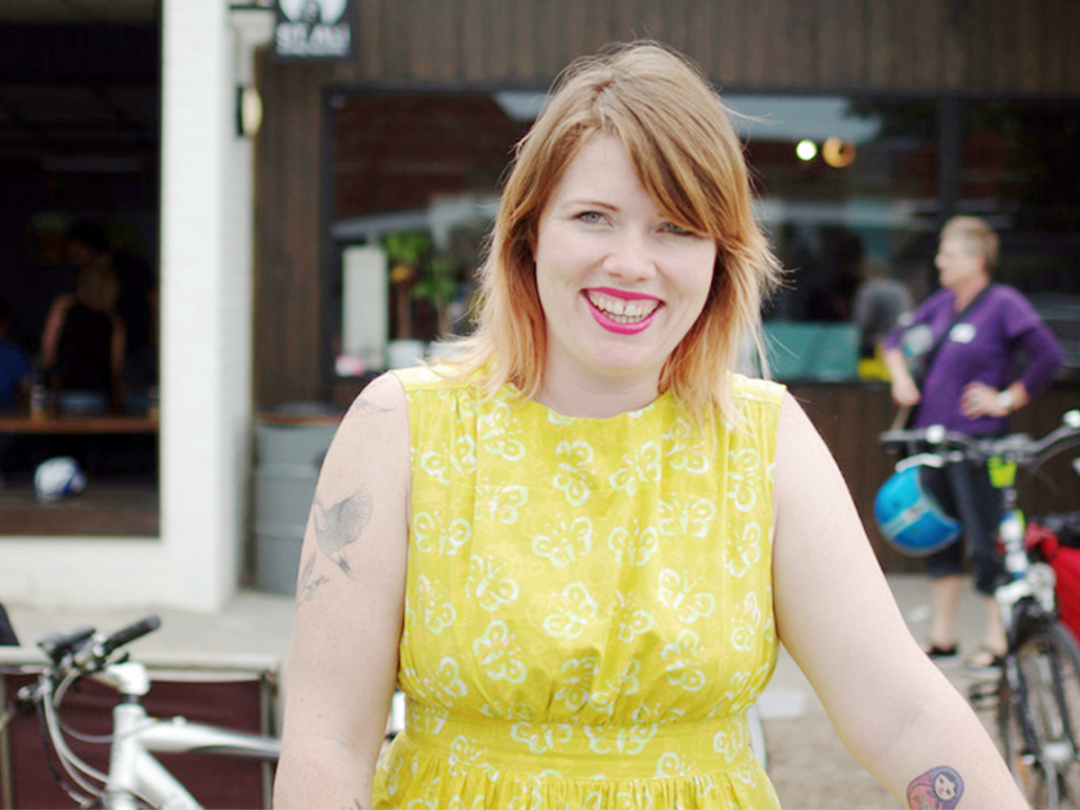 make no mistake, this is not the hawt chick of the week.

Consistently revolting bush-pig Clementine Ford is in the news again for signing one of her own books with the inscription ‘Have you killed any men today? And if not, why not?

I have to hand it to Ford, she is very good at what she does, and what she does is to stay firmly in the public eye. It would be more accurate to say that Ford is always in the news, for not a week passes without some mindless hate-filled dump of feminist toxicity spewing forth from her bloated mouth, in between taking enormous bites of Jello doughnuts of course.

This doesn’t fail to send conservative writers and media personalities into serious meltdowns as calls are made for her head to be removed, which is easier said than done seeing as you would first have to locate her neck.

What you will never see from Ford, apart from a gym membership, is any form of apology. Like so many shitlibs she understands that the first apology is always the last apology. It doesn’t matter which side of the political spectrum you inhabit, an apology is simply an admittance of guilt, and once you voluntarily declare yourself guilty then everything that you have done and will do is sprayed with the same paint can.

After the apology inevitably comes the forced resignation and banishment to nowhere-town; cast out into the land of the dirt people, a fate worse than dieting for cloud people everywhere. Nobody who has tasted the refined life of exclusive privilege wants to have to return to living out beyond the bollards. Out in that wasteland lie the consequences of their actions. The worse they make it then the greater the potential punishment for their own kind, and thus the greater the hold over their own. Stick with the script or else.

And Ford sticks very firmly to her own script, like a blowfly to a strip of flypaper. Not only does she never apologise, most of the time she will double down as well. Most of you will be familiar with Vox Day’s three rules of SJWs, in that they lie, they project, and they double down.

Now most of the time doubling down works against them, but in the hands of the right behemoth it can be a powerful tactical tool. It would not surprise me if Ford turns this book signing controversy into a regular core feature of her personal brand. Fans could compete to see which of them receives the most outlandish message at any one book signing event, inevitably publishing the best ones to social media where the resulting traction will only further the Ford whale watching cause.

This is what Trump does in his own way. Doubling down is a weakness when your argument is invalid, but when you speak truth to your own message then it is indispensable. Yes, Ford is full of shit, so much so that I have trouble believing that even she buys into what she is selling, but she is consistently on target with that message, and as long as she maintains this stance then she is essentially untouchable.

Far from wanting Ford to close her mouth, which I suspect is a physical impossibility, the best way to combat her brand of poison is to play the long game and encourage her every witless pronouncement. Tim Blair is very good at this as he takes every opportunity to let Ford’s own words speak for themselves.

Another Ford news chunk came out this week, (see what I mean about her ability to stay in the public focus?), concerning a bookshop that is being targeted by men’s rights idiots because the bookshop stocks Ford’s book. Far from being cowed the business owners played it up at every opportunity, eliciting praise even from the gelatinous cube herself.

This might seem shocking to you but if I owned a bookshop I would stock Ford’s book. I would stock books from all across the political and social spectrum with only one caveat: they would have to sell. That’s because a bookshop is in the business of selling books, not making political stands and alienating potential customers. If you stock everything then the only ones that you alienate are the extremist morons such as the MRAs in the above example, and they most probably were never going to buy any books to begin with.

Of course, many bookshop owners do make the mistake of conflating their own views with their business, and they’re the same ones who wonder why their returns are so dismal. In such a competitive market the only way that you can survive is to stay neutral and remain above the fray. Books and ideas should rise or fall in the marketplace of ideas and the only way that this can happen is if they are available in the first place.

It is the prerogative of the left to attempt to silence dissenting views. I fully support Clementine ‘she blocks out the sun’ Ford’s freedom to have her forthcoming man-hating book published. The more people that get to hear her deluded and toxic rantings the better.

Is Stephen Hawking dead and now played by an actor?

Africans really are that stupid.