I have wanted to write about this topic for some time but I was unable to do so due to the onerous speech laws in Australia concerning the subject of race. The Racial Discrimination Act, also known as the infamous 18C, forbids the humiliation of anyone based on their race. While perhaps noble in intent, what it has allowed is the unmitigated race fraud that is contaminating Australia.

But seeing as I now longer reside in Australia I am now free to write whatever the hell that I want on this subject.

For many years it has been an advantage to declare oneself as aboriginal in Australia. It is an advantage in a financial sense as aboriginals have access not only to special welfare programs but lower interest rates on mortgages as well. It is an advantage in a professional sense as all public service position applications have a box that you can tick to declare that you are an aboriginal. Tick the box and you go to the head of the queue. Many private companies now have this same system in place as they all want to proudly display their aboriginal credentials. Companies that have aboriginal CEOs or board members receive advantages on government tenders, for example.

There are numerous programs, university scholarships, mentorships, competitions, and the like which are for aboriginals only. In my own position as a writer, if I were to declare myself as an aboriginal then the doors to the publishing world would be magically opened for me in every sense.

I know that right now you’re wondering how I could possibly identify as aboriginal. But you see, I would only need to claim a 1 in 64 genealogy to be on the aboriginal gravy train, and even then I would never be genetically tested as to the truthfulness of such a claim because to do so is not only racist, but it would humiliate me based on my race, and that is illegal under section 18C of the Act.

But unlike many people in Australia I am not a liar, I am not a crook, I am not a fraud, and I do not mooch off the public purse while simultaneously bemoaning my so-called existence as a poor downtrodden aborigine.

The 2016 Australian census has unintentionally uncovered an astounding fact. It turns out that there are far more aboriginals now than there were since the last census was undertaken 5 years ago, 18.4% more to be precise, a figure which is in no way explained by the birth rate which is not even close to approaching this number. People are choosing their race, over 40,000 at the current count, because declaring oneself as aboriginal brings so many advantages.

This is quite simply a racist policy. It is racist for one race to have such advantages over anyone else in the same nation simply because of their perceived genealogy. That it can never be questioned under threat of prosecution is even more outrageous. Australia is being purposely divided along racial lines, an extremely dangerous situation. Recent examples of previously peaceful nations that were destroyed by just such a division are Rhodesia and South Africa, conveniently forgotten by the same leftist ideologues that interfered and stirred up trouble along racial lines in the first place.

But it isn’t just personal financial advantages that this state of affairs offers up to the crafty individual. There are great power games afoot as well. This piece on the arguments over the Murray-Darling river system is but one example.

As a number of people around Australia voice their opinion of the Murray-Darling Basin Plan, Aboriginal people say they are the only ones who can truly speak for the river’s health and future.

Is that quite clear? Aboriginals are the only ones who can decide on the future water flows of the most important river in the country for crop irrigation. Identify as aboriginal and you can be one of the only ones as well. 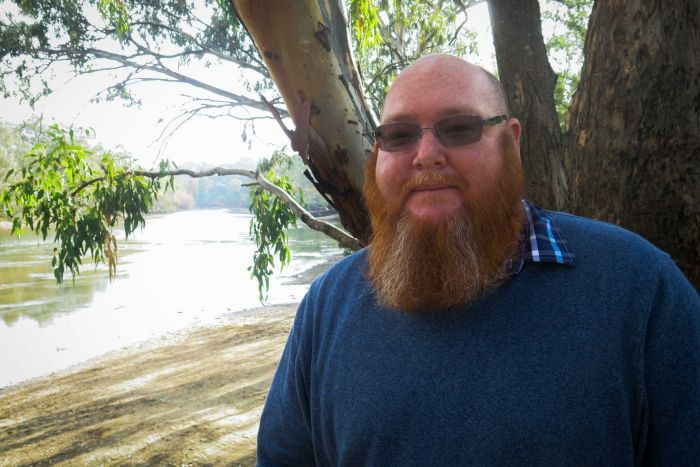 Red hair, freckles, and pale white skin. I bet you thought that aborigines were really dark fellas living out in the bush. Not so with the great aboriginal industry. To call out this man as the complete fraud that he is would be illegal in Australia. But seeing as I’m not in Australia I will do just that. Rene Woods is about as aboriginal as I am. In other words, he has 5 parts of fuck all aboriginal in him. For him to claim the role as the spokesman for the Nari Nari tribe is simply beyond belief. But he wants power and he’s going to get it by claiming to be something that he is not.

He described the river as “our lifeblood … it’s just like our veins.”

I don’t know what is in his veins but it ain’t being a blackfella.

So what are these cultural flows that these fraudulent aborigines are going on about?

The term cultural flows can mean anything from modern-day farming practices, to delivering water to a culturally significant area.

Bugger me, who would have thought it? Apparently aborigines had modern farming practices before the white guys showed up.

It is of course a giant scam dressed up under the guise of the aboriginal industry. There isn’t any money in delivering water to a culturally significant area, whatever the hell that means, but there sure is a hell of a lot of potential money involved in determining and controlling water flows for modern farming practices. If this keeps going then farmers will one day have to pay money to frauds like this asshole in order to provide food for the nation. Or perhaps Australia will go down Rhodesia’s path of confiscating farms and handing them over to pretend abos. At least in the case of Rhodesia the thieves were actual blacks, unlike these imposters.

But nobody can say anything because that would be racist and 18C, oooohhh it’s the bogeyman 18C.

Yeah? Well, fuck 18C. I’m now in the position of being able to say whatever the hell I like, so you can expect many more of these articles from me in the future.

Two hawt chicks for the price of three!

The denial at the heart of the Australian way of life.