Welcome to the steaming goodness of the Friday links & hawt chicks thread. How steaming, I hear you ask? As steaming as a pile of just discarded socks from a boy scout troop lying beside a roaring campfire. As steaming as a laundry business owned by a guy named Wai ur Pans Stin Ki. As steaming as … oh my Lord, I can’t do this anymore.
Keep er moving!

That there is the catch cry of my new number one favorite Youtube channel, The Manitowoc Minute.

I’ve never been to the US of A but if I am now a certified Green Bay fan and of course I hate the Bears. Charlie Berens is der guy. Nice job. Okay next please, keep her movin!

Another video? Yeah, you gotta problem wit dat? The longest wheelie that I’ve ever seen.
https://www.youtube.com/watch?v=zUPKOJ-EAIA
But the best bit is this comment:

this video is stolen from vimeo, the video owner’s name is James McMarvin and he’s a stupid fucking cunt that deserves to be in a serious road accident

So Trump made a speech at the UN. He’s pretty  good at these speeches. Finally a politician who goes in and tells it like it is to a bunch of people whose entire existence is based upon not telling it like it is. People knew that this was going to be a massive speech even before the speech was made.

To all you besuited, bespectacled, and soon-to-be bewildered diplomats slogging around the United Nations General Assembly this week, try to understand this: Donald Trump means every word of what he’s going to tell you.

Hoo boy. And then Roger Kimball came out with a ripper of an essay about his thoughts on Trump’s eloquent words.

But in the end, perhaps the greatest threat to the West lies not in its external enemies, no matter how hostile or numerous, but in its inner uncertainty—an uncertainty that is all-too-often celebrated as an especially enlightened form of subtlety and sophistication—about who we are.
The attack on the nation state—a less orotund formulation might say our unwitting self-demolition—proceeds apace on several fronts. The world will soon recognize the great service Donald Trump has done for the forces of civilization through his eloquent and impassioned defense of national sovereignty.

So how effective is that online advertizing stuff anyway? About as effective as a submarine with a screen door.

And they came back the next week and we sat in a meeting and all of a sudden, I can tell you there’s a little change in the faces. They had to wear it kind of down. Everybody kind of came in. I said, so what did we find out?
And they said, well, we’ve found out that 98% of our business was coming from 22 words. So, wait, we’re buying 3,200 words and 98% of the business is coming from 22 words. What are the 22 words? And they said, well, it’s the word Restoration Hardware and the 21 ways to spell it wrong, okay?
Immediately the next day, we cancelled all the words, including our own name.

When is somebody going to tell the progs that the US election is just not reversible?

That is why the “resistance” has increased rather than diminished the 2016 election’s import as a revolutionary event. To ordinary Americans, the winds that now blow downwind from society’s commanding heights make the country seem more alien than ever before. More than ever, academics, judges, the media, corporate executives, and politicians of all kinds, having arrogated moral legitimacy to their own socio-political identities, pour contempt upon the rest of America. Private as well as public life in our time is subject to their escalating insults, their unending new conditions on what one may or may not say, even on what one must say, to hold a job or otherwise to participate in society.

Right on the heels of my post on fatties last week came The Other McCain with this little slim and petite beauty.

Am I the only one annoyed by the sense of entitlement here? Ms. Morabito presumes to sit in judgment of other people’s preferences, condemning them for “fatphobia” and “microaggressions” if they in any way convey the impression that they don’t like her. You are morally obligated not to notice her rotundity, and are required to treat her as though she were as svelte as a supermodel, or else be condemned for your “disdain” and “disgust.” And she can tell, because fat people know you don’t like them, you thin people with your “sense of superiority”

Delicious. May I have second portion? Oh, I may?

It’s rather curious how so many Indian women turn completely progressive bonkers when they’re plonked down into the West. India may be one of the world’s main matriarchal cultures but there are checks and balances in play there that keep things as stable as they can be in such a society. Which I suppose is why Indian women go full libtard about five seconds after setting foot in any Anglo-Saxon nation. Never go full libtard.

What else have I got? Oh yeah, a good little piece on the current state of alt tech companies.

While Alt-Tech tends to refer to the Big Three of Infogalactic, Gab and Brave, on a more general level it can refer to platforms that compete and disrupt legacy platforms that infringe on the users’ rights. If we look beyond the Big Three, there may be other, more promising platforms.

And so we come to the end of another working week. I wonder how fast this girl can keep her moving in that skirt. Fast enough I reckon. 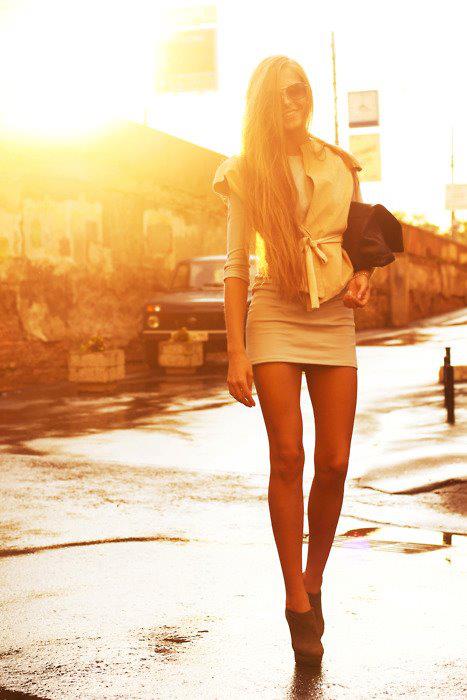 The mythical boundaries of hate speech.

Welcome to the pleasuredome.