Getting engaged 2 weeks after you meet someone.

I’ve decided to have a politics-free week on the old blog. No matter what happens in the world, (within reason), I’m not going to comment on anything of a political nature this week. I need a break, and I figure that you guys need a break as well.

Today in The Australian newspaper is a story about former prime minister Tony Abbott’s daughter getting engaged after knowing her new fiance for only 2 weeks. The headline is misleading. It reads, Frances Abbott set to marry after 2 week engagement. This is of course false as they have only just got engaged after 2 whirlwind weeks of holding hands and long walks along the beach. But the press is simply incapable of getting basic facts correct that are obvious to anyone with an intelligence above the level of lukewarm.

So what do I think of their decision to get hitched after a short space of time? Well, let’s look at the details.

The former prime minister’s 26-year-old middle daughter announced her engagement on Instagram yesterday, revealing that she had agreed to marry 34-year-old Mr Loch just a fortnight after meeting him.

First of all there is an 8 year age difference which is right about where you want it to be, with the man being older, of course. If we look at the sexual market value chart then the two of them are almost even with both of them having an SMV of around 8.

So far so good. The most surprising thing of course is the extreme brevity of the courtship: 2 weeks to meet, fall in love, and then pop the question. Her future husband, Sam Loch, is a professional rower and doesn’t look like he might be a simpering low testosterone mangina. 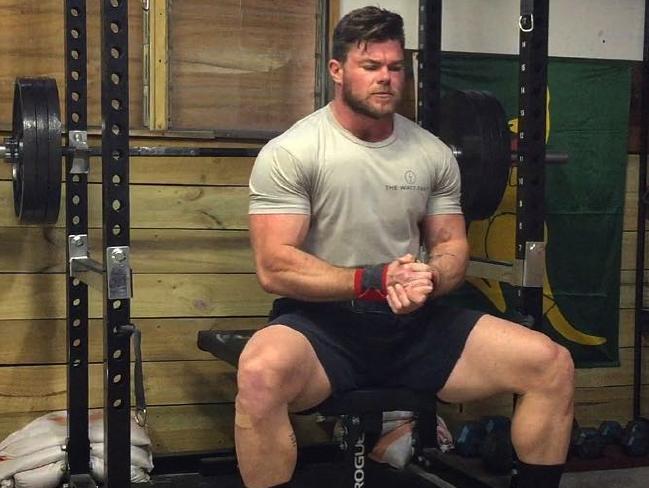 And at 34 he has undoubtedly been around the block a few times and hopefully worked out which way is up as regards to women, if not even red-pilled himself.

It has been my opinion for some time that as an experienced man if you meet a woman who finally clicks for you, as in she isn’t a ball-busting harridan, then moving it to another level in a short space of time has the benefit of sorting out whether the two parties are really serious or not.

The 24th trait in my list that defines the modern man is that one should never have a serious girlfriend. You are either spinning plates or getting hitched.

Never under any circumstance have a serious and committed relationship with a woman that you do not intend to marry within six months.

By having a serious girlfriend you are limiting your options for someone who plainly isn’t worth it. If she was worth it then you would formally commit, as she would attempt to do with you if you were worth a commitment on her part. Both parties are wasting each others time until something better comes along.

The bolded part I appropriated from Rollo Tomassi as I stated in that piece. I think a caveat for this rule though is that you must be into your 30s and experienced in the ways of the world. Doing this in your 20s is usually a great way to mess up your life.

Keep in mind, the two of them are not going to get married tomorrow, (if they do then that would be a mistake). You need to give the woman at least 3 months. A woman can keep up a false charade for a certain amount of time, but after 6-8 weeks at most her true nature will reveal itself if she has been hiding it from you. You can expect shit tests of course: no woman is above using that tactic, and it is indeed an extremely important tactic for her to ascertain that you as a man have two balls to rub together. If you won’t stand up to her then you’re probably not going to stand up to anyone else either. I have no problem with women using shit tests initially. In fact I would be suspicious if they didn’t.

There is however one very big warning sign that this girl might not be a good idea for Mr Loch.

Ms Abbott took to ­Instagram yesterday to reveal she was engaged to 34-year-old professional rower Sam Loch, who represented Australia in the 2008 and 2012 Olympics.

“Two weeks was all it took to know forever with you was a mighty fine idea,” the fitness blogger wrote.

I don’t care if you are a fitness blogger, your private life should be private. People who live for the outside world are prone to being flighty and unstable. I know that this is the social media age, but that means that it is even more important to keep your cards nice and close to your chest. It’s one thing to ask someone to marry you after 2 weeks. It’s another thing entirely to have the leader of the federal opposition discussing it on breakfast television the very next day.

“First of all congratulations to Frances and in particular, her fellow. He sounds like a very lucky fellow,” Mr Shorten told the Nine Network this morning.

“A couple of bits of life coaching: One, if you are going to have the wedding, get Albo to be the DJ and maybe get Pyney to help with the arrangements.

“And in terms of that, I just want to remind Frances that remember weddings are never about you and your beau, they are about your mum and your dad, so as long as you do what Margie and Tony say about the wedding, you’ll have a super wedding,” Mr Shorten said.

Beta male servitude 101 from the master.

Also, I wouldn’t be posting this sort of thing on your social media feed either.

Frances has a bit of a man-jaw which is often a good indication that a woman will be a ball-buster.

So overall I think that this may well be a poor decision on Mr Loch’s part. But the point stands that if you think that she’s not just a plate to be spinned then you need to act on that in a decisive manner. The nebulous world of live-in boyfriend/girlfriend is for supplicant males with no options.

SJW assistant professor could soon be living out of the back of his car.