The big news today should be the imminent release of this memo showing that all the democrats and FBI are bad and evil and treacherous, and all of our side are good and pure and innocent.
But this has been overshadowed by a factor of a thousand by the news that Formula 1’s new American owners are ditching the grid girls effective immediately because “it’s not in line with their brand”.
(Note that the multiplication factor would have been by a cool million if anyone bothered to still watch millionaires drive the downright ugly cars of billionaires in front of near empty stands while birds chirp serenely on the sidelines.)
I’ve said it before on many occasions, feminism will have to ultimately be defeated by men becoming strong again. But it sure does help when the ladies themselves see the results of wallowing in the feminist muck:

That about sums up the state of F1 now. Enough sadness, onto the links.

Trump delivered his first state of the union address. It went down rather well.

“My duty and the sacred duty of every elected official in this chamber is to defend Americans, to protect their safety, their families, their communities, and their right to the American dream because Americans are dreamers too.”

And that is how your make their memes belong to you.

Events like these remind us on a near daily basis that Hillary Clinton! will never be president. But if she had won her unloseable election? She would have rewarded a lot of people which explains their criminal behavior leading up to the big day in November 2016.

Had Hillary Clinton polled ten points behind Donald Trump in early 2016, we’d have none of these scandals — not because those involved were moral actors (none were), but because Hillary would have been considered yesterday’s damaged goods and not worth any extra-legal exposure taken on her behalf.
Similarly, if the clear front-runner Hillary Clinton had won the election, we’d now have no scandals. Again, the reason is not that she and her careerist enablers did not engage in scandalous behavior, but that such foul play would have been recalibrated as rewardable fealty and absorbed into the folds of the progressive deep state.

And what would she have done with those her had broken the law to favor her?

The only mystery in these sordid scandals is how a president Hillary Clinton would have rewarded her various appendages. In short, how would a President Clinton have calibrated the many rewards for any-means-necessary help? Would Lynch’s tarmac idea have trumped Comey’s phony investigation? Would Glen Simpson now be White House press secretary, James Comey Clinton’s CIA director; would Andrew McCabe be Comey’s replacement at the FBI?

Something else to consider – yes, she would have rewarded these loyal criminal flunkies. But she would also have owned them because of the crimes that they had committed. And thus they would have been pressed into committing more and more crimes during her administration.

An Australian university has banned one of their scientific professors from speaking out on the destruction of the scientific process, and are threatening him with the sack if he doesn’t shut up.

Last August Professor Peter Ridd said the unsayable — that we can no longer trust scientific institutions. His employer, James Cook University (JCU) could have explained why they were trustworthy, but instead they fired back with a formal censure and ordered him to be silent, effectively to stop him criticizing the current state of science or scientific institutions. Then knowing exactly how respectable, ethical, and scientific this is, they also ordered him not to mention the censure too. Let’s censor the censure!
It gets dirtier, apparently now they are even trawling through his private emails as well, hunting for more ammunition for their misconduct case. Who’s a bit desperate?

If what the professor is saying had no basis in fact then they would not seek to censor him. The attempt to shut him down gives great credence to his claims. And his claims are pretty explosive.

The Millennials are now old enough to start making films and stuff! Awesome! How do you think that’s going? Sundance 2018: Awful and boring.

By all accounts both film quality – which has never been consistently high – and attendance was down for this year’s Sundance Festival. In the event Hollywood (or Washington for that matter) actually wishes to gain insight as to why most of the country think they stink these days they need go no further than the comments on the Variety article cited above:
cadavra: Dare we hope that this navel-gazing rubbish about millennials whining about how miserable their lives are has finally hit the wall?
Jim B: Films are dreams on media and their elitist megalomania gives them dreams that make the rest of us want to purge them with fire.
Lori Smith: We have had our fill of mindless violence, teen angst, tales of abuse, etc. Wonder why they’re not selling? Ask someone outside the industry.

gloribea: Hollywood is over, its hey day gone. It has been stolen by the elite who are determined to push us toward a one world government. Hand in hand with the media they are trying to march us over the edge of sanity into madness.
Books Please: A pile of wretched films churned out by the joyless, soybean estrogen, iPhone-poking, SJW Participation Trophy generation that has never seen the inside of a library or cracked a book that doesn’t have a boy wizard on the cover, and you wonder why it’s dying? lol

Ugandan President Yoweri Museveni on Tuesday hailed Donald Trump for speaking “frankly” to Africans, after the US president unleashed a storm by reportedly describing African nations as “sh*thole countries.”
“I love Trump because he speaks to Africans frankly. I don’t know if he was misquoted or whatever. He talks about Africans’ weaknesses frankly,” Museveni said in the capital Kampala to members of the East African Legislative Assembly (EALA).

Uganda hasn’t been in the news for the last 30 years because of this guy – a benevolent dictator which is the only form of government that works in Africa. When he goes, watch Uganda do another period that will put the 1970s to shame.

Which is why Bitcoin is an excellent idea. It fulfills the needs of the complex system, not because it is a cryptocurrency, but precisely because it has no owner, no authority that can decide on its fate. It is owned by the crowd, its users. And it has now a track record of several years, enough for it to be an animal in its own right.

The Chateau has an in-depth piece on the single mommy plague.

The risk of allowing our affluence to normalize a high rate of single mommery is evident: If in the fullness of time our 40% single mom rate metastasizes, there will be YUGE downstream consequences and emanating penumbras from what would amount to the wholesale destruction of the Eurasian family structure that has existed for millennia. Each generation laboring under a grossly high single mom rate will slowly inch the character of our women away from K-selected Euro monogamy and toward r-selected African polygyny/polyandry. What starts as a social selection pressure eventually ends as a genetic selection effect.

It’s women like this horrible lying feminist cow that caused the lovely grid girls to lose their livelihoods.

What the plaintiffs are clearly seeking is for the district court to issue an injunction to block DeVos’s authority, with no hope to reverse this without taking the case all the way to the Supreme Court, a process that could take years. Why? Because drunk sluts now believe they have a “right” to punish any guy they hook up with when they’re drunk. This punitive regime is necessary for women like Laura Dunn, enabling their belief that they’re victims of “heteropatriarchy,” instead of having to accept the ugly truth about their own immoral behavior.

https://www.youtube.com/watch?v=nmrCp_2_fok
Good on you, MotoGP. 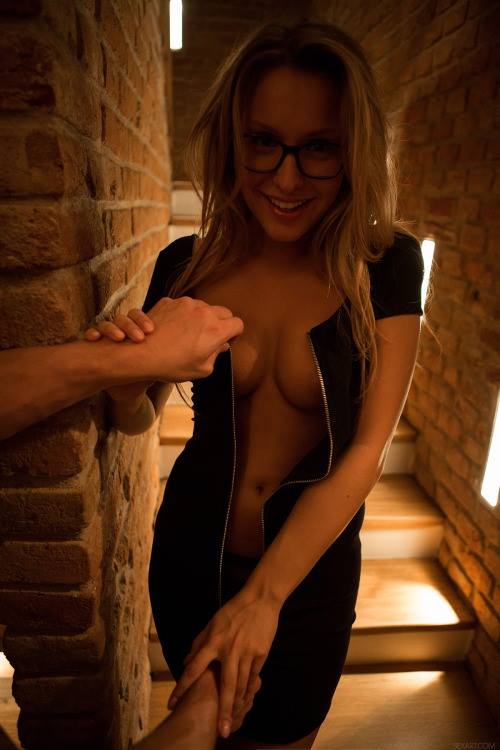 The right woman for the job.