Pretty in Pink was released in 1986, the year I turned 15. Everyone at my high school saw the film. It was that big of a deal. In the film a very young Jon Cryer of Two and a half Men fame plays the beta orbiter, (Duckie), to Molly Ringwald’s hot girl who is not popular, (Andie). Andie falls for a popular high school senior played by Andrew McCarthy, (Blane), our alpha male chad. Upon this triumvirate the film is based. Here is the trailer. Watch Duckie and his attempts to impress Angie.

As Duckie prances around the record store the female staff seem inordinately bored with his pitiful antics. Read the wikipedia article to discover more examples of Duckie’s extreme beta behavior.

On the night of the date, Andie waits for Blane at TRAX, but he is late. Duckie comes in and asks Andie to go out with him, but she ignores him. Feeling like she got stood up, Iona gives Andie a pep talk, while Duckie, still oblivious, asks what’s wrong. When Blane arrives, Duckie is upset and starts an argument with Andie, with Duckie trying to convince her that Blane will only hurt her. Duckie storms off and Andie goes on with her date.

Duckie storming off after losing a social situation due to his extreme levels of obliviousness is typical beta behavior.

Andie starts calling Blane a liar and tells him that he is ashamed of being seen with her. Andie runs away as a teary-eyed Blane leaves, with Steff criticizing Andie. Duckie overhears Steff and attacks him in the hallway. The two fight before teachers intervene.

Duckie is the prototype White Knight, a good few decades before the term was effectively utilized.

When she arrives at the prom, Andie has second thoughts about braving the crowd on her own until she sees Duckie. They reconcile and walk into the ballroom hand in hand. As a drunk Steff begins mocking the couple, Blane confronts him and finally realizes that Steff resents Andie because she had turned down his advances. Blane then approaches the two, shaking Duckie’s hand and then apologizing to Andie, telling her that he always believed in her and that he will always love her, kissing her cheek before walking out. Duckie concedes that Blane is not like the other rich kids at school and advises Andie to go after him, joking that he’ll never take her to another prom if she doesn’t.

Duckie is powerless before the all powerful alpha chad and for once has the good sense to admit it. Of course in real life Duckie would have had a complete public meltdown. These days he would turn incel and come back and shoot up the school.

But unknown to me Pretty in Pink had some very interesting history. It seems that they had to shoot an alternate ending in a big hurry.

Originally, the film portrayed Andie and Duckie ending up together; however, test audiences disapproved, and the Andie/Blane ending was produced instead. Orchestral Manoeuvres in the Dark had selected “Goddess of Love” from the album The Pacific Age for the original ending. With only two days before going on tour, OMD wrote “If You Leave” in less than 24 hours for the newly re-shot Andie/Blane ending.

That’s what you call an all hands on deck rush job. Those test audiences must have really disapproved of the film’s beta orbiter getting the girl in place of the alpha jerk boy.

By the time he got to Ferris Bueller, Hughes had had enough of the feminine imperative and tried to beat it, but he still couldn’t win. Arguably one of the film’s most important lines was cut due to negative reactions from, once again, the test audiences.

In his latest article, Rollo Tomassi makes a point of the fact that as men we are living in a unique era with access to the sort of red pill information and knowledge that we do now.

The truth is that the information I’ve been spreading since 2002 could only be realized in this age. Some will say, “yeah, but ancient scholars (and deified psychologists) knew this stuff a long time ago”, to which I’ll say ‘no, they didn’t’. Not to the extent we do today. Not with the degree of accuracy we know now. Only now is this possible, and only later will we have an even greater understanding of the Red Pill – for better or worse.

He’s correct in regards to the degree of accuracy. But then again, they still knew back then, and they were trying to tell us, at least in a roundabout way. Look at Pretty in Pink. The entire film is an ode to not be a beta. In the film, beta behavior not only doesn’t work; it is self defeating. Looking at it now it is as obvious as the skin on your face.

And yet, the vast majority of us didn’t realize it. We watched the film, we felt bad for Duckie, and then we went out and replicated him, at least without the hair and the spaz dance moves. Why did we replicate the Duckie characters when it was the Blane characters that got the girls?

The reason is that it takes much more personal work and sacrifice to become a Blane, (if you are not one naturally), than it does to remain a Duckie and to live in the forlorn hope that love will somehow conquer all. Added to that is the quixotic nature of the beta orbiter; the investment in a losing strategy sets up an endless loop of sunk costs. Worse than that is the fact that the beta orbiter is seemingly always in reach of his goal of getting the girl.

There is a symbiotic nature between women, their apha, and their beta orbiters. The three have to exist together in order for women to be able to justify their dark natures. This is why I referred to them as a triumvirate at the start of this article. Women convince themselves and those around them that they really just want the nice guy who understands her, when in reality she desires the hot excitement of the tingles generated by the alpha jerk-boys.

The beta orbiter exists primarily as the foil to underplay her bad behavior. He leaps in to defend her when an alpha jerk-boy rightly calls her out in public for her manipulative nature. The beta is simultaneously her confident and her back-up plan. As such the beta orbiter has a clear and present role in her life. Because a desirable woman actually needs him this leads the beta to misinterpret the signals. The entire film that is Pretty in Pink is in fact a young woman seeking to keep her beta orbiter in check whilst she goes about the important task of locking down her alpha chad.

Duckie exists solely to feed the female fantasy. He has no other purpose. His own desires and hopes are irrelevant to what the feminine imperative desires. As in a way is the alpha chad. We were told the message all those years ago. It just took us a few decades to actually listen.

I’ll have a VB thanks, mate. 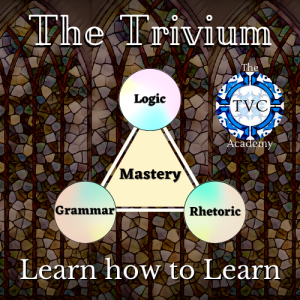