Theresa May has quit as prime minister of the UK. That’s the good news. The bad news is that she’s not leaving until June 5th which is plenty of time for this incompetent narcissistic old bag to fuck up even further, hard as it is to believe that there is anything left to screw up. She had a good cry on the steps on 10 Downing street. Of course she was not crying for her country or the mess that she has made of it. She was not crying about all of the broken promises that she had made to the electorate. She was not crying because she has left the country weaker than when she took the job. Nor was she crying over her utter failure to deliver Brexit in a timely and reasonable manner to the British people.

No, she was crying for herself. It is all about her. The tears flow because she didn’t get what she wanted which was to remain in the top job at any expense. She was crying because she felt sorry for herself. There exists in the world of Theresa May only the entity that is Theresa May. Nothing else matters, hence the waterworks. What a stupid selfish woman, but I repeat myself. This is why you don’t have women in politics, let alone in the top job. If the Tories elect another female for this position then they deserve everything that’s coming to them and more.

I picked her uselessness the day that she became PM, but that really isn’t a prediction to be proud of seeing as it was such low hanging fruit. You want a strong white heterosexual Christian male in the top job, but I repeat myself.

Enough of the blather, on with the show.

It’s great to be a white guy. I mean, we’re so wanted. 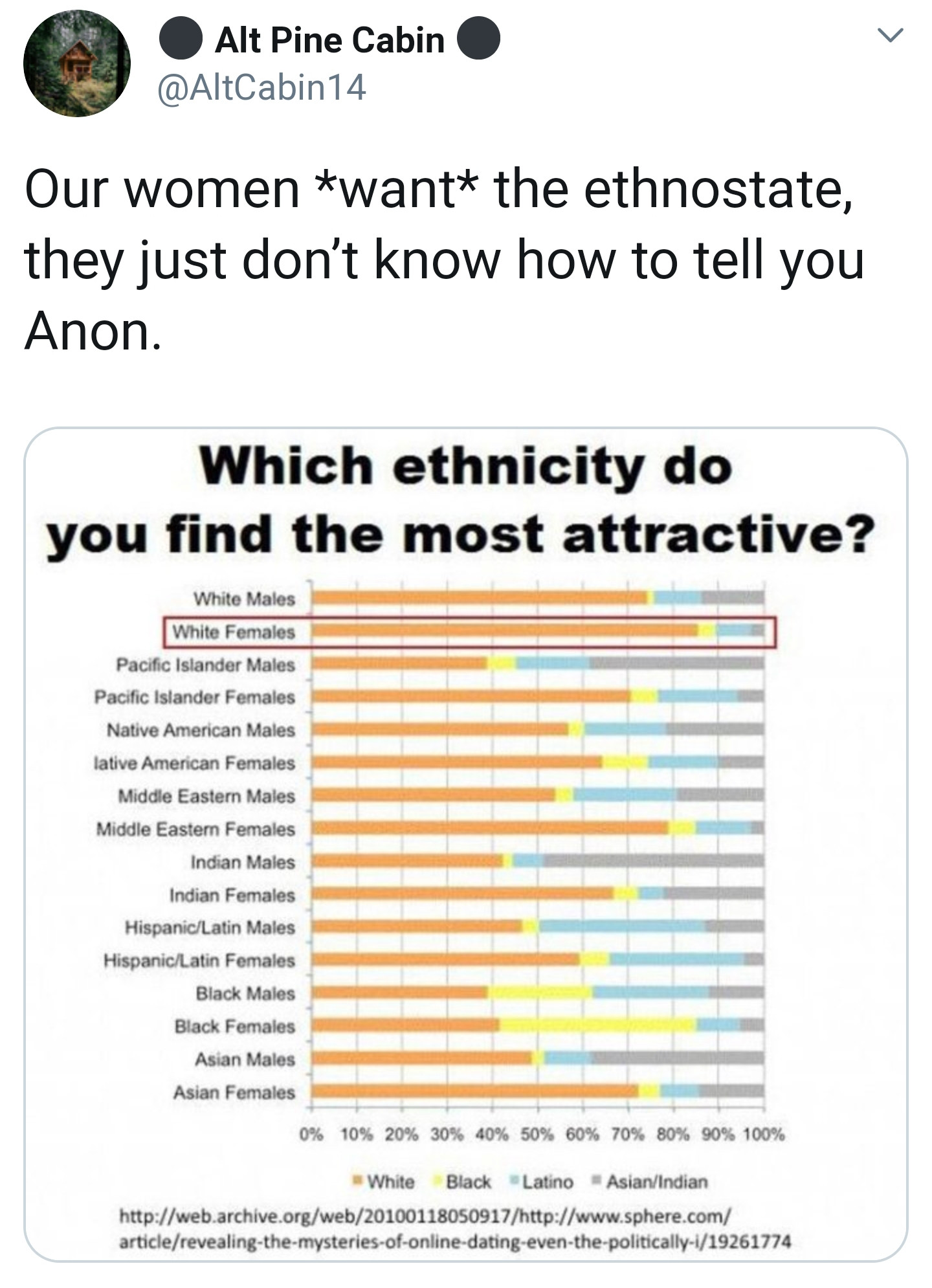 The delusion is strong in this one:

Single mommy demands cuck over 6'3", with housing for her and kids in tow, must have a good income, be marriage minded, have good family (cause hers was useless), oh and you must abandon your dreams, to make hers come true.

Thus, the woman begins by eliminating 99% of all males from her search, and then adds numerous other qualifiers, as if such men are so numerous that they’ll be lining up for the opportunity to date this not-very-attractive woman who, by the way, has another man’s child in tow.

Apparently there is a new song out by a chick who won last year’s Eurovision. It’s called Bassab Sababa and Van Creveld does his best to explain it.

In last year’s clip, Ms. Barzilai, pretending to be a chicken, told young men that she was not their toy and that they should leave her alone. This year she has outdone herself by identifying with a giant pink rhinoceros—the owner of the horn in question—chasing a disheveled, somewhat weak-looking man. As he runs for his life, at one point she even makes the gesture of cutting his throat! The clip ends with the man in question drowning in a pool of pink goo.

The two seem slightly contradictory it seems to me.

Back to the clip. It made me wonder, since its contents can only be summed up as Feminazi. Ms. Barzilai’s throat-cutting gesture is definitely threatening. All over the Western world, any number of men have been demonized, fired, put on trial, convicted, fined, and even sent to jail for less. So how come women like Barzilai and her countless sisters are not only getting away with it but making fame and money out of it?

One answer would be that, in this way as in so many others, women are the privileged sex …

At this point curiosity got the better of me and I decided to look up the clip. Giant pink rhino, eh? Seems a suitable fit for this porkchop.

The comments are filled with women telling her how brave and wonderful she is. Women really are nasty duplicitous creatures. Pretty fly to be a white guy!

That her own attorney felt free to present her desire to exert power and control over her husband as wholly natural speaks volumes.  The reality is that nearly everyone in our society wholeheartedly supports domestic violence so long as the wife is the one exerting control.  Hill’s offense in the minds of most is not her desire to dominate her husband.  That is seen as good by everyone from feminists to complementarians.  Her offense is the method she used to achieve power and control.  Flying into a violent rage and breaking things would have been the preferred complementarian reaction, and Kathy Keller smashing the couple’s wedding china with a hammer is offered up as the model for Christian wives to follow. As Family Life explains, often times a wife has to result to violent measures to ensure that an “issue” is resolved.

Apparently the enviromental loons are in the midst of changing the vocabulary surrounding the ongoing scam that is climate change. It needs to be more frightening in order for them to be able to trick us into giving them our money more easily. Perhaps if they dress the climate up as a gigantic pink rhino they might have some measure of success.

On the subject of climate, I made a little meme. Hope you like it. 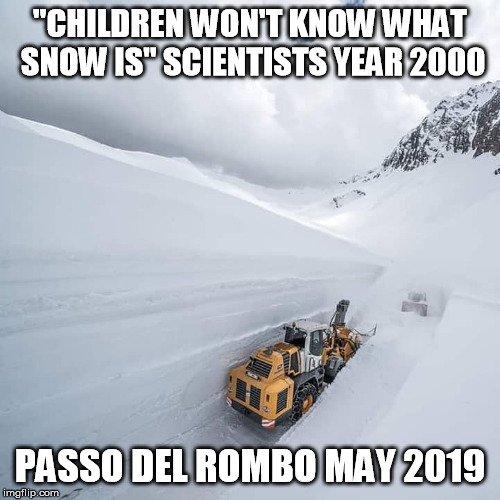 The 2019 version of girls are strawberries and ice and everything nice while boys are slugs and snails and puppy dog tails.

Applying the maxims of military strategy to a situation like this anti-male propaganda campaign at Brookfield High, let’s make one thing clear: Feminists knew that boys would feel insulted by these hallway posters — that was the intended purpose, to insult boys. If you study feminist rhetoric, as I have, you realize that whenever you see a woman publicly declaiming against misogyny, toxic masculinity, rape culture, etc., she knows full well that men find this rhetoric insulting. Her anti-male rant on social media is intended to provoke hostile reactions from men, to make them lash out and say stupid things she can then screen-cap and show her feminist colleagues as evidence of male inferiority.

Roissy’s website is gone but he is not off the internet.

What’s the greatest untold story the enemy newsmedia has steadfastly refused to cover?

So many contenders, but I’ll suggest one that not even dissidents talk about much: the swarm of crappy Chinese goods that have displaced American craftsmanship.

Big Tech loves their yellow slave labor and Big Economy loves the cheap gadgets, and tbh American consumers have been conditioned by the low low prices to love their shitty Chinese toys that fall apart in a year.

You really see this trend in every niche market. Clothing? The seams unravel by the third washing. Tools? A shovel made in China will break after three uses, but hey you paid a third of what you would’ve paid for a quality shovel manufactured in America. The list goes on. Amazon exists because of the deluge of shitty sino knockoffs that make average Americans think they are rich because they can now afford a 70″ flat screen TV.

This is a multi-level problem that indicts middle class consumers as well as Chamber of Commerce waterboys. We have grown accustomed to all this cheap disposable shit manufactured by a completely alien race, and it’s gonna take a serious reckoning to wean ourselves off it.

There’s a new powerlifting documentary out. It seems legit.

“Bill’s training resumed as did his consumption of peanuts. He ate one pound of raw peanuts, ½ cup of peanut butter and six spoonfuls of peanut oil every day. His bodyweight rose from 87 to 102 pounds. In 60 more days his weight was up to 132; and at the end of the first year his weight had risen to 155. It was during this period that Joy stamped the name “Peanuts” onto Bill’s locker, giving him the nickname which he has carried to this day. 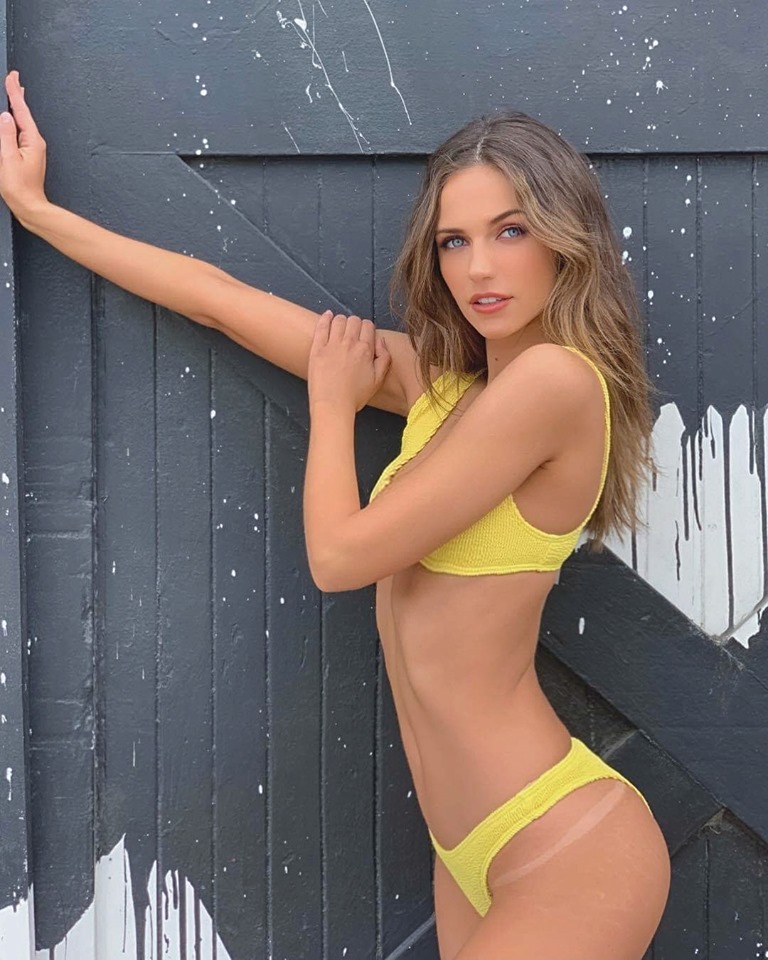 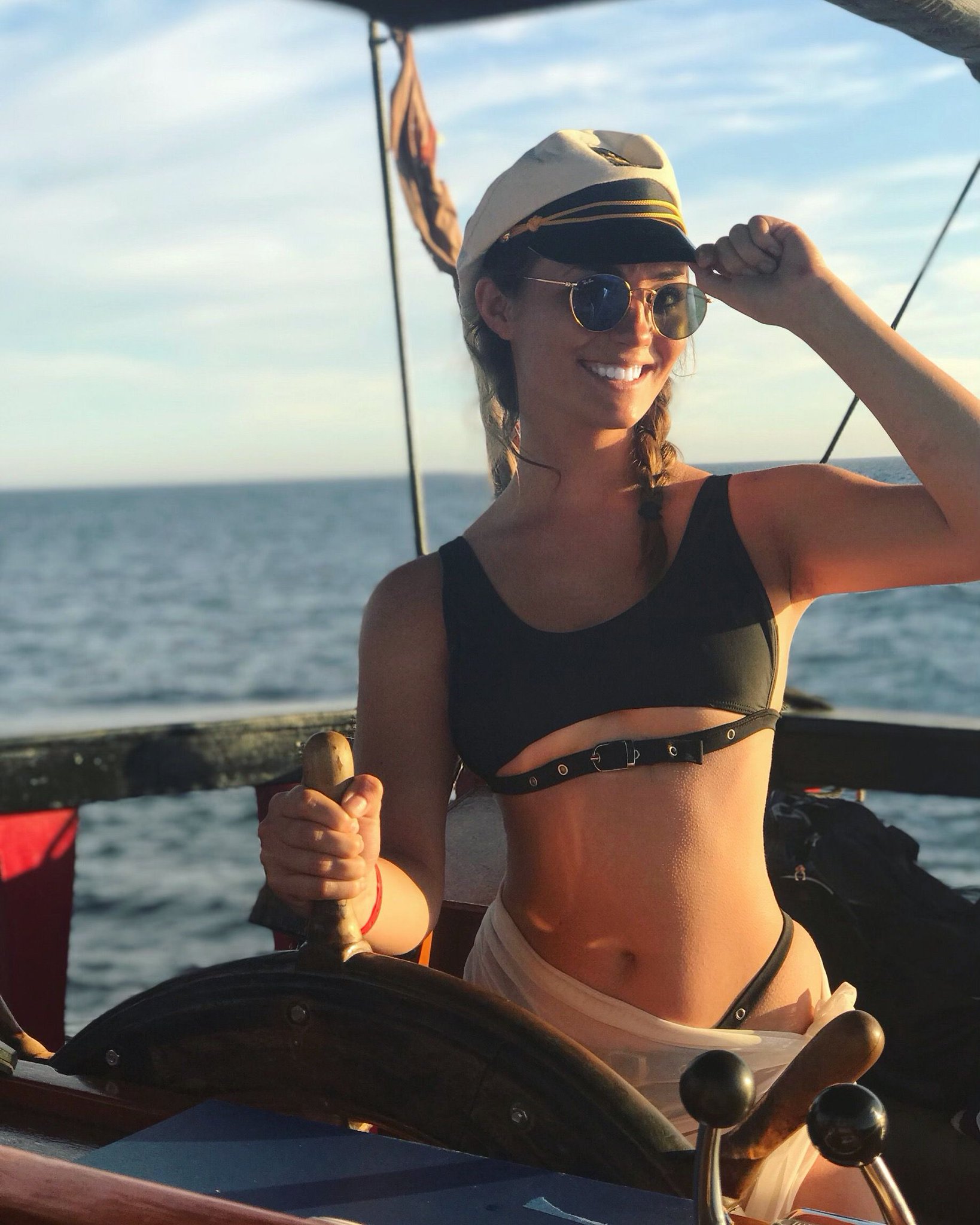 Based Indians; livestream with the Uncuckables.