It’s the end of another week and once again the hawt chicks & links rolls into town on the bed of a triple road train, here for your enjoyment, for your viewing pleasure, and for the warm fuzzies that opening this package gives you each and every time. It’s never as good as the last and it’s never better than the first. Or something like that. Hang on, that might mean that the new issue is shit. Damn you, English language! I might have to put this out next week as a haiku.

It’s got a certain ring to it, eh what? I might even have a talent. I could go places! I could be somebody! I could –
Enough. On with it.

News just in, Boris Johnson is a feminist.

Johnson, the frontrunner, was criticised by senior women in his party last year over his comments referring to Muslim women in burqas as “letterboxes” and comparing them to bank robbers. However, it is understood he considers himself a feminist, and is proud of his campaign as foreign secretary to promote women and girls’ education across the world.

Okay, we need to examine this more closely. It is understood? What sort of skullduggery language is that? Did he say it or not? Oh right, this is The Guardian. Considers himself to be? Honestly, a more disingenuous attempt to paint him as something that he isn’t would be hard to find. However, isn’t it interesting that the chronic lefties at The Guardian consider a man self declaring as a feminist to be a fatal flaw? Because this hit piece is designed as a disqualification. Fascinating. I might have to wrote a haiku.

Apparently being a vegan makes you sick.

Think of her as the Finnish equivalent of Deliciously Ella, the British food writer and creator of the coconut-and-oat energy ball which costs £1.79 a piece. Virpi’s version: Dreamy Blueberry Thyme cake, a ‘raw cheesecake’ made from dairy-free oat milk. But then, she got sick. Not only that, but she started, at age 37, to go into menopause:

Early last year, Virpi Mikkonen was alarmed by the appearance of a rash on her face.There were other problems: a bout of flu that was hard to shift; crumbling nails; feeling low; and, most worrying, her periods stopped. A blood test revealed her follicle-stimulating hormone (FSH) levels had sky-rocketed to the level at which women hit the menopause. Virpi was 37 and having hot flushes.‘I thought, what’s wrong with me? I am healthy, I exercise,’ Virpi says. ‘I was really scared.’

The Other McCain is getting seriously addicted to the red pill.

Here’s where the “Opposite George” mentality could prove advantageous. The unusually attractive woman expects guys to make a move on her, but if you can focus your mind on a realistic assessment — she must have done something wrong, or else she wouldn’t still be single — you will adopt an attitude of cautious skepticism toward her. And another “Opposite George” insight: Be honest about the reasons for your caution.

Be honest to a girl? Are you insane?

Honesty with a chick,

gouging out your eyes,

Dalrock eviscerates in the best way possible a bimbo 31 year old woman who believes that she should still get the best and hottest younger guys – with satire.

Hello Dalrock readers.  My name is Dana Hitchings, and despite recently turning 32, I’ve never held a job.  As you can imagine, when I tell working people this I’m constantly told that my problem is some combination of three things:

But none of these are true.  I know this because I’ve spoken at length with men my age and older who have never worked, and all of us are adamant that none of the three apply to us.  Some have accused me of having a blind spot in this regard, but I’m very good at seeing other people’s blind spots;  surely it would be even easier to spot my own!
The real problem is not me, it is employers.  I could write a book about all of the mistakes I see them making.  Over and over again, I see them hiring people who aren’t nearly as great as I am and going about their business.  Laughably, these employers have no idea how stupid they are being as they foolishly give these men raises and even promotions.  They have no idea they failed to locate the absolute best employee for the job, me.  They are totally oblivious!

Excellent 15 minute news reportage of Farage’s Brexit party campaign. The young Sky News reporter covering it is personally at a complete loss by the end of it. Beautiful to watch on multiple levels.

But there was also a larger betrayal. For years, government authorities had winked at forced marriages, polygamy, female genital mutilation, and sharia law courts. For years, they did nothing to stem the flow of Muslim migrants. And for years, Britain’s teachers had whitewashed Islam and demonized Christianity. Meanwhile, those who spoke out about the dangers of Islamization—most notably Tommy Robinson—were threatened and even jailed. The betrayal of English values and of ordinary British citizens became so widespread that Paul Weston, a former chairman of the Liberty GB party, began referring to Britain’s leaders as the “traitor” class.
“Traitor class” is actually a quite accurate assessment of the many segments of Western society which have, in effect, taken sides with Sauron—that is, with a determined ideological adversary whose values are the inverse of our own. The traitor class work in universities, foundations, media, business, politics, and even in the Church. They do not, of course, consider themselves as traitors. Rather, they see themselves as the enlightened heralds of continual progress.

A long read but well worth it.

Part 2 of the series on powerlifting freak of nature, Bill “Peanuts” West.

It goes without saying that Bill “Peanuts” West would be unloved in your average tryhard, super srs bro “hardcore gym these days- he bore none of their accouterments. He lacked a fancy belt, didn’t talk about training incessantly, didn’t stress and whine about lifting to random strangers at every opportunity, didn’t take endless photographs of his lifts, and never once made an excuse for a subpar lift. Nah, instead, Bill was the type of guy to challenge other lifters in his gym to a completely bullshit movement he invented on the spot, just to fuck with his friends.

The United States has entered it’s terminal phase and most of it’s citizens are as blithely unaware of this reality as they were of the impending dissolution of the Soviet system in the late 1980’s. On the surface each one projects it’s hegemony and influence far beyond their limitations through a combination of propaganda and threats. Both systems were thoroughly corrupted, perhaps from their inception, but certainly and absolutely as they neared their nadir, yet both systems affected a nonchalance that soon- very soon, every knee would bend before their majesty and morally superior aspirations.
For the USSR it was based upon the trite concept that everyone should share equally of the labors of others when no such possibility ever existed during mankind’s reign over the Earth. In America it was the equally vapid and hollow claim that all men are created equal when no such thing had ever been so at any time, nor could it ever be possible. To base an entire National mythos on pure sophistry is a guarantee of failure and yet their remains an eternal optimism rooted in these fanciful phrases that distorted and diffused before our eyes.

The all men were created equal line seems ludicrous now after a fair few years of red pilling. I had no idea that the founding fathers were fucking commies.

In determined pursuit of unhappiness.

There is a fetish with free trade among globalists. Only heretics object. The General Agreement on Tariffs and Trade took effect from the beginning of 1948. It was succeeded by the World Trade Organization from the beginning of 1995. From around 10 per cent of world GDP in 1948, international trade has since burgeoned to be now around 25 per cent. The free trade agenda has been driven primarily by the libertarian-cum-classical-liberal side of the political divide. Let me be heretical. There is no well-based rationale for free trade. Unless, that is, you think that maximising the availability of cheap stuff outweighs all other considerations.
Free trade brings significantly reduced industrial diversity within nations. It brings a loss of skills. It brings entrenched regional unemployment and despair. It brings long and vulnerable supply lines which threaten national security. International trade is like cabbage, broccoli and other leafy greens. Some is an essential ingredient of a balanced diet; yet more is very good for you. But they don’t make for a complete eating regime. Let me be clear, the issue is not one of trade versus protection. It is about the extent to which the interests of all of the citizens of a nation are brought into account by their political representatives when they are eliminating trade barriers. The wholeness, integrity and security of the nation-state should not be bartered away for a mess of pottage.

why don’t they get a job?

Both hawt chickies this week hail from the Faeroe Islands. 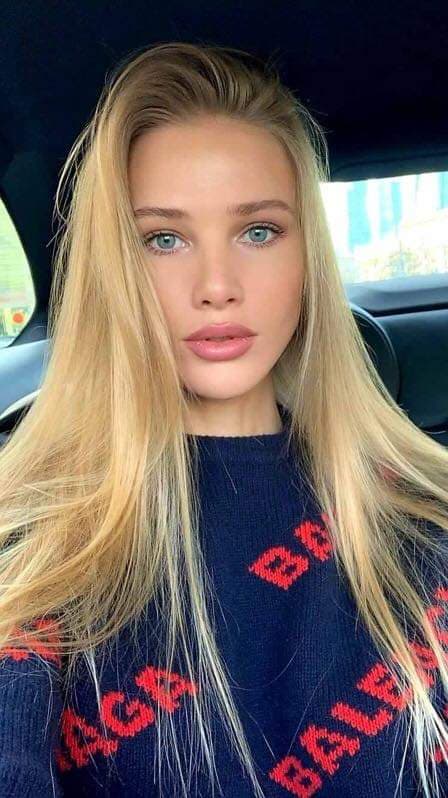 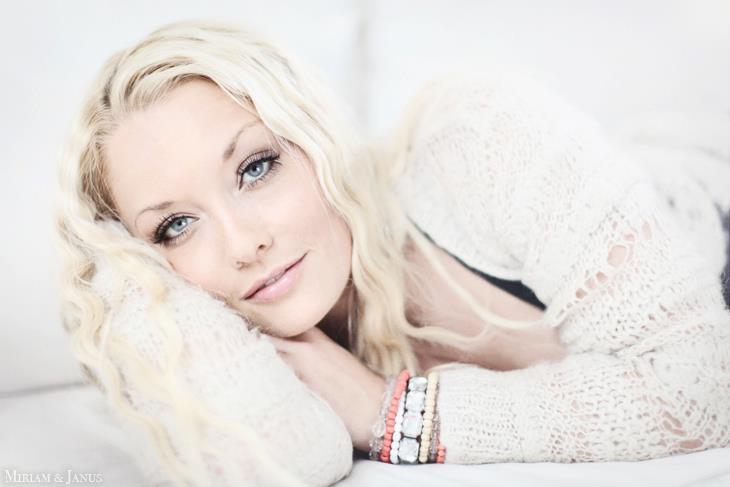 The folly of Hemingway.