Friday hawt chicks & links – The get on with it edition.

This week has seen some sort of chaos implosion on this side of the interwebs due to Vox Day’s attack on the MGTOW community. I did a podcast on the subject and then put up a very short post to address a comment by a reader – the post garnered over 30 comments. A lot of people have been calling Vox bad names, and stating that they didn’t like his tone. Apparently Vox cannot understand because he has never been divorced etc etc.

Let me make something very clear – none of us have a monopoly on misery.

Spawny’s Space put up a thread on the topic and I had this to say:

You don’t win by not playing the game. You lose. It’s the cowards’ way out. And Vox generalizes against MGTOWs because it’s a colony of incels. I have scant respect for a man who gets knocked down and then cries about it, but I have total contempt for those who never get on the playing field in the first place whilst simultaneously crying about how hard done by they are because it’s all stacked against them. The fact that Vox has taken so much flak is because he is right over a very fertile target.

Real men get on with it. Does one get over these events? No. So we collect scars that will hurt at the most unexpected moments. But we tell no one and carry on regardless.

I get it that men are hurting. But we are made to hurt, and suffer, and still carry on. The 23rd trait of the modern man – the modern man gets on with it.

What I cannot stand is the attempt at poisoning the well for younger men just starting out. Unlike the bitter post-wall women who do it in order to share their misery, I have no doubt that men do it with good intentions but the effect is the same. Yes it is important to educate and warn men of the dangers in dealing with modern women, but this needs to be done with the objective of making men more prudent and discerning both in their own behavior and in their selection of women for marriage, not so as to turn them off women for life.

My attitude is always one of hope rather than despair. And that is how my writings and recordings will continue on the matter.

And now your weekly dose of goodness. Stay frosty, my friends.

100 years ago a couple of plucky English men flew a plane across the Atlantic, won themselves a bucket of money, and then got on with it. Of course there was no celebration to mark the occasion as they are white men and thus need to be expunged from history.

So how is Britain honouring this great landmark? Astonishingly (some might say predictably), next month’s centenary will go virtually unnoticed.

The 50th anniversary of their flight was marked with a Royal Mail set of stamps and a replica air race.

Even the 60th warranted a record-breaking transatlantic dash by the RAF while, in 2005, U.S. pilot Steve Fossett flew a replica of Alcock and Brown’s biplane over the same course.

The 100th, however, will pass without national recognition. The Science Museum, which owns the original record-breaking Vickers Vimy aircraft, is doing nothing.

Gay marriage: it’s not gay and it’s not marriage.

One of the pressing issues of Chesterton’s time was “birth control.” He not only objected to the idea, he objected to the very term because it meant the opposite of what it said. It meant no birth and no control. I can only imagine he would have the same objections about “gay marriage.” The idea is wrong, but so is the name. It is not gay and it is not marriage.

Chesterton was so consistently right in his pronouncements and prophecies because he understood that anything that attacked the family was bad for society. That is why he spoke out against eugenics and contraception, against divorce and “free love” (another term he disliked because of its dishonesty), but also against wage slavery and compulsory state-sponsored education and mothers hiring other people to do what mothers were designed to do themselves. It is safe to say that Chesterton stood up against every trend and fad that plagues us today because every one of those trends and fads undermines the family. Big Government tries to replace the family’s authority, and Big Business tries to replace the family’s autonomy. There is a constant commercial and cultural pressure on father, mother, and child. They are minimized and marginalized and, yes, mocked. But as Chesterton says, “This triangle of truisms, of father, mother and child, cannot be destroyed; it can only destroy those civilizations which disregard it.”

People are beginning to wake up to the reality that gay marriage is not only nonsensical but an abomination. I cannot wait for the day when this decision is officially reversed.

Mastercard to let non-binary genders pick whatever name they desire on credit cards.

Randall Tucker, Chief Diversity and Inclusion Officer for Mastercard, said in a panel discussion with the New York City Commission on Human Rights that the company will help to alleviate any unnecessary “pain points” in the LGBT community through the use of the True Name™ card.

The company then expresses hope that other companies in the financial world will follow suit in their quest for equality on credit cards, claiming that it will contribute to the well-being of transgenders and non-binary identifying people.

Yes, well when you’re dedicated to a path that will destroy your brand it is indeed very important to drag along your competitors with you. I wonder what this Randall chap looks like … 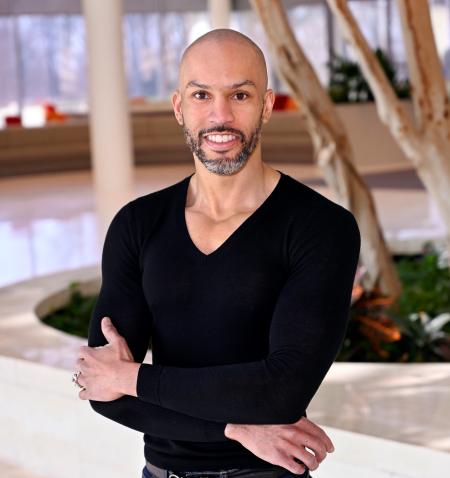 The phiz never lies. Remember the golden rules, boys – no women, no fags.

This guy is a political genius. A week ahead of the first televised Democrat debates, he stages a gigantic rally in a 20,000-seat Florida arena, with people lining up two days in advance. By doing this, on the four-year anniversary of his June 2015 escalator ride, Trump visibly demonstrates his continued popularity at a time when the media are claiming that polls show him trailing in his re-election race.

The polls will show Trump’s ratings getting progressively worse right up until the election when he takes every state, including the demonic heathens in California. Seriously, these people have the memories of goldfish.

Italy is beginning to really deal with the immigration crisis that was threatening to overwhelm and destroy the country.

Interior Minister Matteo Salvini has — against massive opposition from the media, the judiciary and the Roman Catholic Church — shut the country’s ports to illegal migrants and thereby reduced the number coming from the Mediterranean Sea by 97 percent between 2017 and 2019. Second, his civilizationist party, the League (Lega in Italian), went from winning 6 percent of the votes in the 2014 European parliamentary elections to 34 percent in those same elections last month, making it by far Italy’s most popular party.

Seen from outside Italy, these dramatic developments suggest that growing numbers of Italy’s 61 million inhabitants have stopped denying their country’s apocalyptic immigration and Islamization problems and are ready to confront the country’s existential threats. But is this really the case, have Italians turned a corner in the battle to control their destiny? What do the port closures mean, and how significant is the rise of the League?

CNN’s Angela Rye says America is heading towards implementing the same death camps as the Nazis.

SJWs always project, which means that the prog left has serious intentions of doing exactly this. Their standard operating procedure is to accuse everyone else of what they plan to do. Just putting that out there in case anyone reading this is still one of those fence sitting libertarian why can’t we all just be friends losers.

This week’s long read is on Malaysia Airlines flight MH370.

Which brings us back to the demise of MH370. It is easy to imagine Zaharie toward the end, strapped into an ultra-comfortable seat in the cockpit, inhabiting his cocoon in the glow of familiar instruments, knowing that there could be no return from what he had done, and feeling no need to hurry. He would long since have repressurized the airplane and warmed it to the right degree. There was the hum of the living machine, the beautiful abstractions on the flatscreen displays, the carefully considered backlighting of all the switches and circuit breakers. There was the gentle whoosh of the air rushing by.

The cockpit is the deepest, most protective, most private sort of home. Around 7 a.m., the sun rose over the eastern horizon, to the airplane’s left. A few minutes later it lit the ocean far below. Had Zaharie already died in flight? He could at some point have depressurized the airplane again and brought his life to an end. This is disputed and far from certain. Indeed, there is some suspicion, from fuel-exhaustion simulations that investigators have run, that the airplane, if simply left alone, would not have dived quite as radically as the satellite data suggest that it did—a suspicion, in other words, that someone was at the controls at the end, actively helping to crash the airplane. 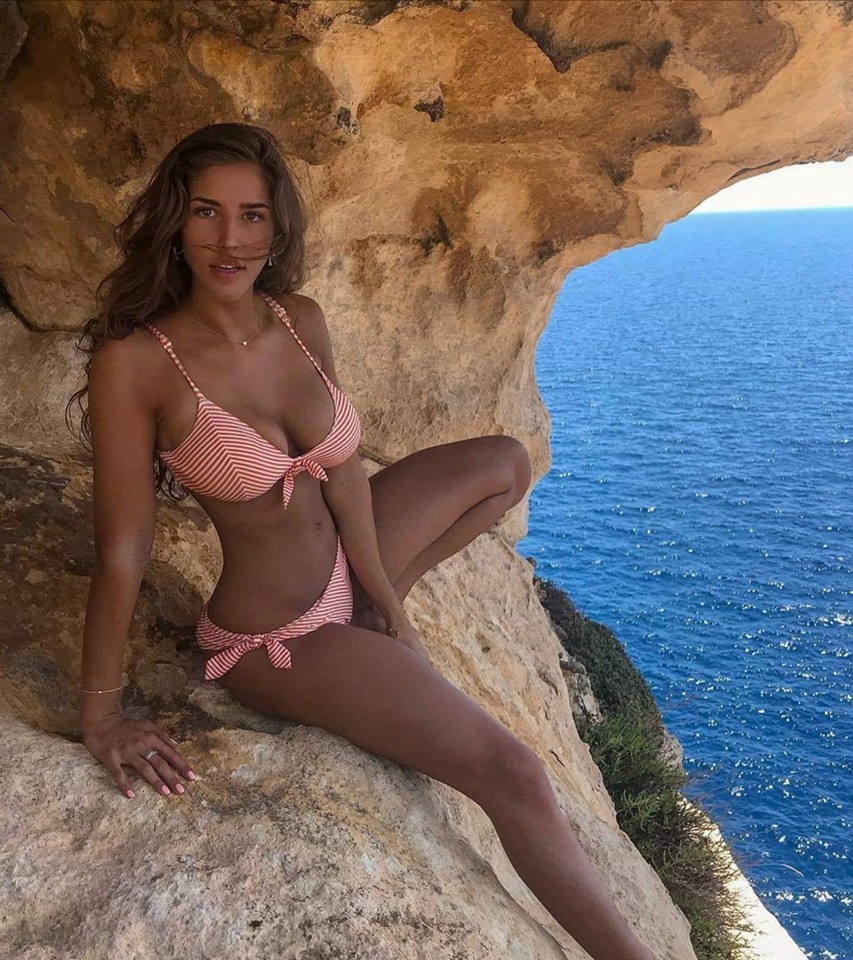 How SJWs treat their own.