Do you have your favorite beverage at hand? Are you comfortable and relaxed on your settee? Is your faithful hound at your feet, a relaxed and yet expectant look on his face as he patiently waits on your every whim? Is it a bit stormy outside, the rain hammering against the shutters as the waves crash against the distant shore? Have you just placed a nice album on the turntable, perhaps some mellow beach house or some 1950s jazz? Are you wearing both your favorite slippers and your oldest and dearest woolen sweater? Is the aroma of the stew that is faintly bubbling on the stove wafting throughout the house? Are you at peace and trouble free with nothing to do on the coming weekend?
Then, dear friends, it is time for the hawt chicks & links.

Left out of every news report of the incident was the ethnicity of the individuals involved. Not newsworthy I suppose.

Apparently there was a women’s world cup of some sport or another. Despite the frenzied efforts of the authorities to suddenly make us all care very very deeply about all things women+soccer+lesbian+anti-Trump related, by all accounts it fell flat.

One thing has surprised me about the emergence of women’s football into public consciousness, namely its suddenness. In this respect, it is a bit like the Olympics for handicapped people or the prominence of transsexualism. It all seems somewhat less than spontaneous. If I did not know better, I would say that it was orchestrated, in which case the most interesting question is, What will they, whoever they are, orchestrate next?

Of course, there is no they …
Anyway, the Yanks won and then they turned around and declared that they would absolutely not be going to the White House because has been appropriated by someone not to their collective political liking. Sport is politics now. This is of course what happens when women get involved as they have to make everything personal and about them. Stay classy girls. Oh, what I ma saying? That’s kind of hard for these particular athletes.
The interesting thing about the awful female behavior on display in that video is how very hard all of the white athletes are trying to be black. Their mannerisms, their gestures, their antics, and their language is all a poorly executed mimicry of their black betters. Trump should consider himself fortunate that these animals rejected any opportunity to bask in his presence, although I suspect that he already knew what would happen. These women are awful on every level. One can only hope that they are all, each and every one of them, lesbians, for I would not wish any of them as a future wife on my worst enemy.

Keep these college educated women in mind when you read this: The rational choice of post-college social life.

Ultimately former coeds will marry men who are mostly less attractive than the boys they “hooked-up” with in college. The former coed may feel she is “settling” for someone less attractive (in the visceral sense) than her former college flings (even though her husband is a better long-term mate). The woman’s psychic attachment to her more attractive lover(s) is symptomatic of the “endowment effect” much discussed in behavioral economics.
The flip side is that college men will often marry women who previously “put out” to better looking men in college. The married man might consider this a form of intertemporal cuckoldry; he may feel that he has bought the cow, where others have gotten the milk for free.[1] This resentment is likely to be acute for the married man who is now a successful professional and/or the primary breadwinner.[2] In this instance, the married man (who perhaps forewent “partying” opportunities in college) will feel that his wife has gotten the better of this arrangement.

I suppose all these woke football rug munchers will be going to see the new Terminator movie.

[Variety magazine]: An early “Dark Fate” poster received backlash, calling Davis and her co-stars “feminazis” and other chauvinist hate speech. How do you think she’ll be received in the room at Comic-Con?
[Director Tim Miller]: If you’re at all enlightened, she’ll play like gangbusters. If you’re a closet misogynist, she’ll scare the f–k out of you, because she’s tough and strong but very feminine. We did not trade certain gender traits for others; she’s just very strong, and that frightens some dudes. You can see online the responses to some of the early s–t that’s out there, trolls on the internet. I don’t give a f–k.

He doesn’t give a fuck. What a tough guy this director Tim Miller is. I’m not really sure that’s a wise move though, seeing that this is his first directorial shot in 4 years after his debut with Deadpool, for which he was not invited back for the sequels.

Private property rights are removed, by the implementation of vegetation laws, because of “climate action”. The state will limit your access to electricity because of “climate action”. You will drive an electric car because of “climate action”. You will divest the nation of its largest export because of “climate action”. Rather than state there is no prospect whatsoever that any action of ours, and most likely of anyone else, will have any affect [sic] whatsoever on the trajectory climate is on.
We have instead the congenial narrative that we are all trying to make the world get cooler, but one path or the other path is the better alternative of cooling policies . We will do this by shutting down all our power stations, replacing them with windmills and rejiggering our nation away from our largest exports of mining and agricultural resources to carbon neutral tourism and the knowledge economy. Australia will be the catalyst to a global epiphany and the totalitarian Chinese regime will follow our lead because of our righteousness followed by India and the United States.
No, I don’t think that will happen. I hate to say it but I doubt the majority of people on the planet, give a toss about the Paris Agreement. I would be amazed if one percent of the planet could competently explain it.

It was never about the climate and always about power over us minions.

“Promise kept,” Salvini, in government also as deputy prime minister for the past year, said last week when the centre’s final inhabitants were removed, to be sent to another centre in Calabria.
This reception centre, a former housing complex for the US military that resembles an American suburb, is now guarded by Italian troops who block access under a roasting Sicilian sun.
At its peak in 2014, Mineo housed more than 4,100 people.
Its population then steadily dropped. When anti-migrant Salvini and the populist Five Star Movement came to power in June last year, it housed 2,500.

This week’s long read is from the pen of Aaron Clarey who examines the possibility that the youth don’t really know the value of money.

I don’t get Patreon.
Oh, I understand how it works.  I have an account.  I even make some decent beer money off of it monthly.  But I do not philosophically understand how it’s even a success.  The reason why is a simple economic principle my brain just can’t ignore – you’re paying for nothing.  You get nothing in return.  It is true charity and cannot possibly benefit you except for perhaps the warm fuzzies that come from helping out somebody you endorse.

Internet begging is simply the online version of leftwing infestation. It is a socialist mindset. 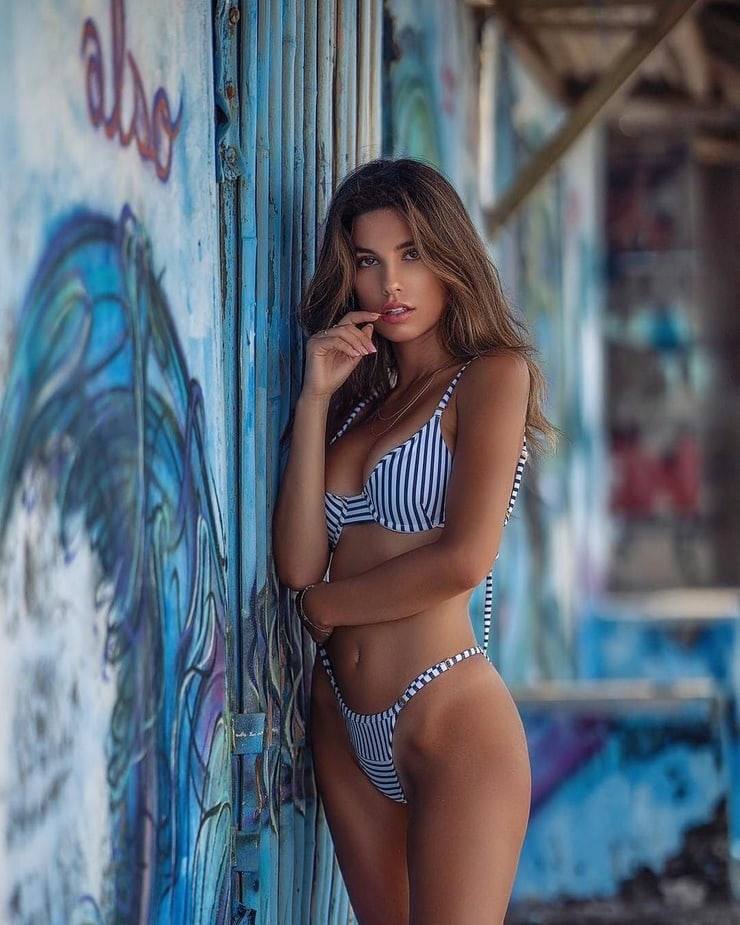 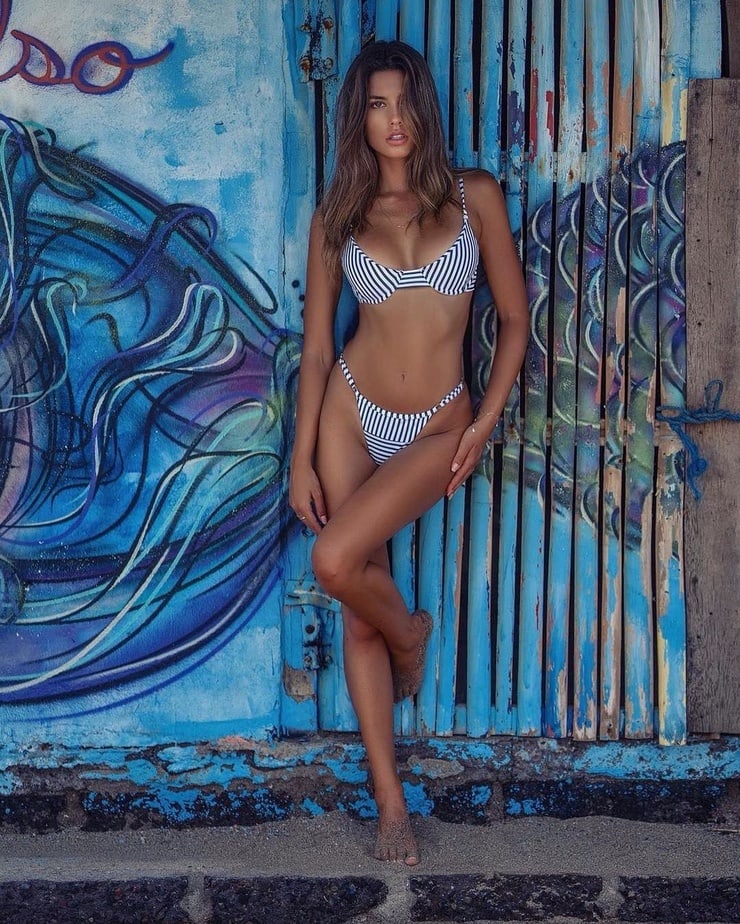 You don't go to work to make friends.