Giving power to the deviants.

Now that my website is no longer hosted by WordPress I am free to break their malicious and SJW-driven terms of service. I’ve had to watch it all year as it’s very difficult sidestepping through the minefield of traps that they have deliberately created. And even if you do negotiate these pitfalls they can still nuke your blog and all of its contents if they feel like it with no explanation given, as Roissy found out.

One of the big no-no’s at WordPress is the practice that SJWs are calling deadnaming. I refuse to use the language of my ideological enemies so I call it what it is – telling the fucking truth; more specifically, telling the fucking truth about trannies. You know trannies, right? The mentally ill of our society who are doing their very best to get their hands on as much power as possible. They do this by the acts of bullying, intimidation, litigation; your usual fear based sort of stuff. Added to this is their current recruitment drive to get as many young kids on their side as possible by castrating them in a supposedly voluntary manner.

In all of this they have the full support of the authorities. The glorious revolution sure can’t come quickly enough as far as I’m concerned.

In the headlines at the moment is one particularly loathsome trannie. This creature prides itself on waddling into beauty treatment spas in British Columbia and demanding that the establishments wax his genitals. When they balk at this rather offensive demand he takes them to court under “muh discriminations!”

Notice that I refer to him as male, for that is what he is. Strike one for me if I was still on WordPress. But I’m not so he, he is. Because he has a dick, folks. It’s not rocket science. Biological science, rather, which I suppose is rapidly falling out of favor at our institutions of lower learning.

Let’s have a look at this trannie freak for a bit of context: 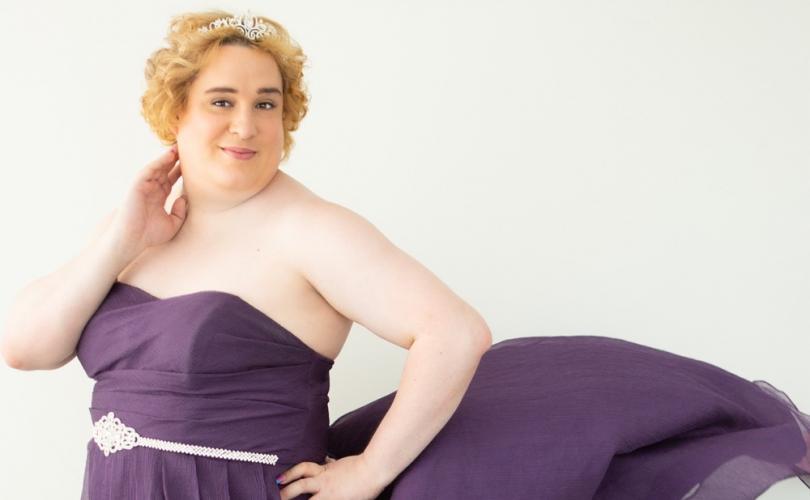 However, if I lived in Canada I could be in big trouble for referring to him as male as a Christian activist has found out, being hit with a $35,000 damages claim by our friendly trannie

The complaint alleges that by stating the facts of Yaniv’s gender and expressing a negative opinion about his public activities, Whatcott has caused him “immense injury to dignity and self respect,” “incited hatred towards myself,” and “clearly intended to injure and, regardless of his intent, did injure the my privacy, dignity, and economic interests by calling attention to my sex and gender identity in a hateful manner.”

Economic interest? Why, this mentally ill trannie stuff must be a big earner. How about that? Help destroy Western Civilization and in the process earn some cash as well.

The trannie is calling itself Jessica Yaniv, but his real name is Jonathan. That’s what they call deadnaming, folks. Strike two if I was still on WordPress. Blog would be gone by now, memory holed faster than it took to reload this page. Too bad, so sad.

Apparently Jonathan Yaniv has a rather sordid history of sexual perversion with minors. How did nobody see that coming??

“BREAKING: Jessica Rumpel, @HyperJesserz, the young woman who J. Yaniv engaged in inappropriate sexual behaviours with when she was between the ages of 14 and 15, has confirmed she has filed a child exploitation report against Yaniv with CyberTip on the incidents,” tweeted The Post Millenial’s  Anna Slatz

His history goes somewhat to explaining his obsession with litigation. Keep the attention on everyone else as much as possible so as to avoid any scrutiny of your own activities. That is until a young girl proves to have more balls than you do.

Yes, this individual is a loathsome piece of shit that by all rights should be run out of town on a railroad spike. But the world is full of such degenerates yet they don’t tend to take over our public discourse in such a manner. The reason that trannie activists such as Yaniv have gained so much power is because they are being enabled by all of our institutions.

Here is an editorial from today’s Australian newspaper specifically lamenting the state of affairs as regarding Yaniv.

This is an object lesson in what happens when free speech is suppressed and honest, often informed, opinions go underground. With courtesy, reason and compassion, we need a genuine debate about the transgender push. This is not “hate speech”; dissent is not offence. We’re up against a kind of psychiatric blackmail, being constantly warned that any departure from the progressive script will result in trans suicides. Young people should be reminded that there are many possible responses to life’s unkind words and contrary opinions — they can engage in debate, rebut, ignore or just laugh. It is recklessly self-fulfilling to teach them that exposure to disagreeable words or competing views has psychological injury as its inevitable outcome.

We do not need courtesy, reason and compassion to have a debate about the moral turpitude that is transsexuals. More to the point, by attempting to frame the discourse in such a manner this plays into the hands of the trannie activists. If you take them seriously then they must by default have serious arguments. But their arguments are not just frivolous; they are insane. To get an understanding of just how much the mainstream media is inadvertently supporting these rejects from the lunatic bin, take a look at the opening paragraph of the same editorial:

The story of Canadian trans woman Jessica Yaniv invites disbelief yet undoubtedly raises questions of principle with real-world effects (starting with the ordeal of 12 female beauticians hauled before a Vancouver human rights tribunal because they did not wish to handle Yaniv’s penis when performing a Brazilian wax).

Canadian woman and penis do not belong in the same context. Yaniv is not a woman as he has a penis. This is something that 6 year olds understand but not the editorial team of the largest newspaper in Australia. They are buying into the bullshit because they are afraid. They are subject to the tyranny of socialism as described by Theodore Dalrymple.

In my study of communist societies, I came to the conclusion that the purpose of communist propaganda was not to persuade or convince, not to inform, but to humiliate; and therefore, the less it corresponded to reality the better. When people are forced to remain silent when they are being told the most obvious lies, or even worse when they are forced to repeat the lies themselves, they lose once and for all their sense of probity. To assent to obvious lies is…in some small way to become evil oneself. One’s standing to resist anything is thus eroded, and even destroyed. A society of emasculated liars is easy to control. I think if you examine political correctness, it has the same effect and is intended to.

This is what Yaniv seeks to do. Every time someone refers to him as a woman he not only wins, but he grows in power, like a mutated gelatinous cube feeding on the carcasses of its enemies. The opening words of that editorial immediately damn The Australian newspaper. It is complicit in its own destruction as it seeks to understand how things have gotten to where they are.

There are not enough courts in the world, nor adequate numbers of lawyers, if everyone called this freak what he is – a man in a dress who molests young girls. You have to draw a line somewhere, friends. And this loathsome piece of shit is as good a point as any in which to begin.

For want of a good mission.