This time we’ll get communism right, comrades. That’s what all the socialists are saying. People, and I use that term loosely, gravitate to socialism because they do not measure up to competition. The problem is that when they join the socialist group there is a lot of competition to be the best socialist. Being the best socialist that you can be entails a competition of the woke. The more woke that you are, the more your stocks rise as a socialist. Unfortunately the modern socialist cannot escape the laws of selection even here as special groups get special dispensations and privileges. For example, if you are not white then you are automatically better than other socialists. This adds up and adds up until what does a white guy have to do to get ahead in socialism? 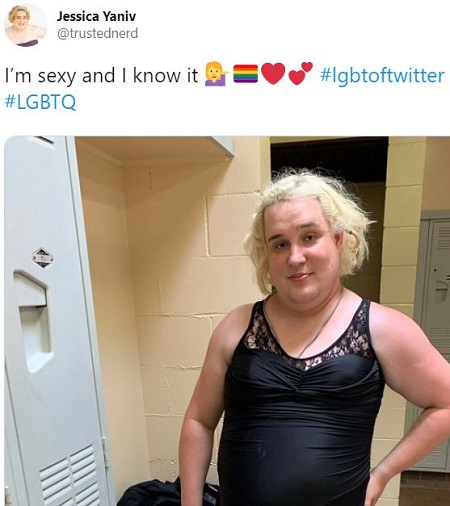 The hawt chicks & links for this week explores the crazy and dangerous world of socialism. May the frog be with you.

Videos of the of the national convention of the Democratic Socialists of America held in Atlanta recently have been doing the rounds this week. For example:

A look into what happened during one part of the national convention of the Democratic Socialists of America in Atlanta this weekend. pic.twitter.com/bWekVQxPWV

That’s the same Andy Ngo who had the shit kicked out of him by Antifa a few weeks ago. So I suppose as far as Antifa are concerned they were right on the money. Antifa are the shock troops for the people in that video. The people in that video are the cult of the woke that I was referring to upstream. They have been resoundingly mocked for their behavior in that video. They are easy to mock because they are the most hopeless first world people on the planet. Which makes them dangerous and mindless sociopaths.

At present there is no charismatic leader to take them to the next level. For examples of next level outcomes refer to 20th century history. And there were plenty of people back then who were just as stupid as the ones in that video.

Herman was born in Detroit where his father, a Jewish immigrant from Ukraine,[3] was active in organizing unions at Ford Motor Company. After Henry Ford made a deal with the Soviets, 300 Ford workers and their families from Detroit who held Communist sympathies were sent to Russia to help build a new Ford factory in Gorky.[7] Victor Herman’s family was among them.

Henry Ford was rather brilliant, don’t you think? What a fantastic way to get rid of troublesome agitators in your employment. Ship them off to the salt mines via a proxy agency.

The socialists are desperate to take it to the next level in the USA but before they do that they need to disarm the most heavily armed citizenry in the history of the entire world. What to do, what to do? 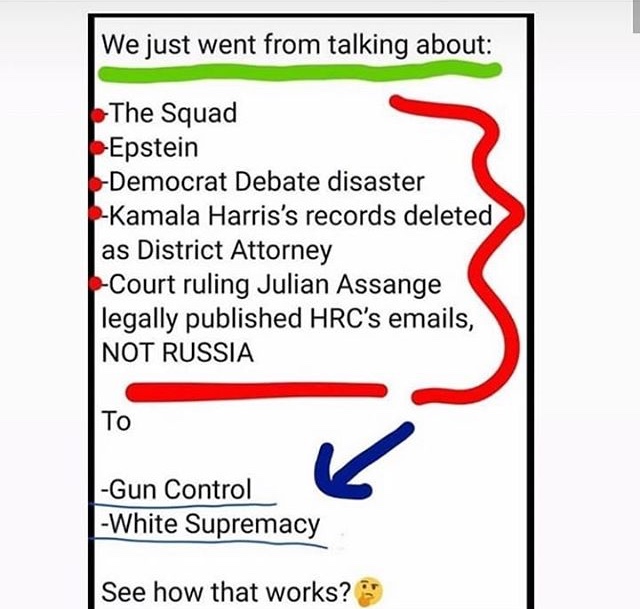 The shootings are merely 21st century examples of sneak attacks in the Tonkin Gulf. Or perhaps an attack on a German border outpost by the Poles. You get the drift. This is then backed up by the very real efforts to make white men worthless from birth.

Because a college diploma is a prerequisite to employment by the public school system, the Left’s control of university campuses ensures that all teachers are indoctrinated with left-wing ideology. That’s why the K-12 curriculum is no longer about teaching children important facts and useful skills; rather, it is about training children to be “progressive” activists.

Public schools are now dedicated to teaching children to hate Christianity, to hate their parents, to hate capitalism — to hate America — and a crucial part of this curriculum is systematic indoctrination about race, gender and sexuality: White heterosexual males are evil!

It’s the modern version of the Hitler Youth except its grounded in self-loathing.

Now they are pressuring the government to pass so-called red flag laws over gun ownership. Could this possibly be politically motivated?

If you go into the comments on any one of these Tweets, you’ll see quite a number of people also stating that if they see anybody with a gun (open or concealed) they will red flag that person.
These people don’t want red flag laws to prevent mass shooters.  They just want to abuse them to harass law-abiding gun owners with the weight of the law.

They also have the tech titans on their side.

Source said many interesting things about how Chinese are flooding into tech companies like Google, and some of the incredible techniques they can use to brainwash or at least mislead millions of people.

A politician tweets saying we must protect our national interests.

Google, or whoever, immediately promotes all stories that translates, “must protect our national interests,” to “nationalism,” and then in almost real time rewrites the meaning of “nationalism” to include traits such as xenophobic, racist, and references Nazis as nationalists.

This happens so quickly and so comprehensively that most people never will notice that in the 30 seconds the curtain was closed, Google (or whoever) rewrote part of the dictionary, and history.

To state this more clearly: they can basically rewrite what you say, write, sing, wear, or hand gesture — name it — and they can rewrite that faster than we can make popcorn.

They can do this anonymously saying the algorithm is doing it when in reality they write the rules that make the rules.

Goebbels could not have dreamt of this potential in his wildest fantasies.

Antifa are upping their game and taking things to the next stage of intimidation. 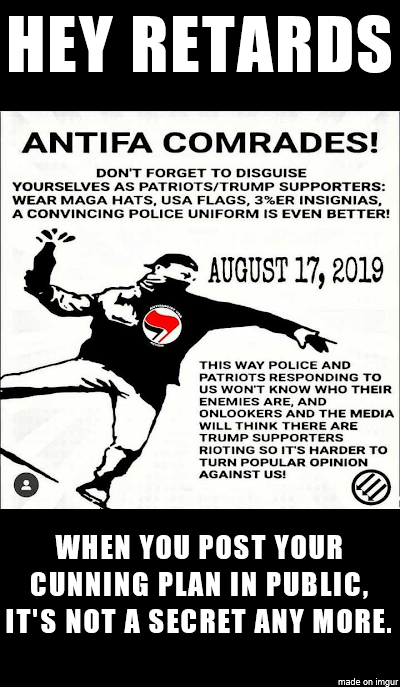 Mock it all you want but the reality is that it will work exactly as intended because a lie goes around the world at the speed of Google. They openly boast of their intentions because they know what the eventual publicity will be from a complicit media. Folks, the snowball began rolling down the mountain a long time ago – it is very close to reaching avalanche status. And when it goes, it goes.

You are going to have to fight. The time for taking sides is over as they already know which side you are on. The lists have been drawn up, the intentions are clear.

People should not be personally targeted for their political views. Period. This isn’t a game. It’s dangerous, and lives are at stake. I know this firsthand. https://t.co/PbxUMIOhae

The Left wants to commit genocide on Trump supporters. pic.twitter.com/MlK3NHjDt1

When the Nazis called for the “eradication” of Jews in 1938-41 they described them as enemies of the state — as forces of violence and terror who were a danger to the Reich.

The contemporary Left is working directly out of their playbook.

They’re one and the same. Why do you think the left have been screaming about Nazis for so long? They are the Nazis.

Make sure that you don’t find yourself in the wrong place when it kicks off.

Get out of Blue areas. Get out of the soon to be contested border regions between red and blue. Gold and silver will not save you behind enemy lines. Nor will a pallet of ammunition. You must beat feet NOW. Better two years early than two minutes late. How much more warning do you think you’ll get? Better a reduced standard of living now, than being voted off the Sarajevo Island later.

For Australians, if you’re still living in Victoria or South Australia then you may want to rethink that plan.

Then came the announcement over the P.A. system. A gate agent, his voice cracking, told us about the very special arrival we were about to witness.

Our inbound plane from Oakland was carrying the remains of an American airman, Col. Roy Knight Jr., who was shot down in combat during the Vietnam war in 1967.

The agent took a long pause as he seemed to collect his words.

“Col. Knight ejected from his aircraft, but no parachute was seen deploying,” he explained. “A search was undertaken but could not find him.”

The agent again, took a long pause, before explaining that recently, his remains were discovered and identified and returned to the United States.

“Today, Col. Knight is coming home to Dallas,” said the agent, growing more emotional as he continued explaining what we were about to witness.

At that point, we were told that before deploying, Col. Knight had said farewell to his family at this very airport. He waved goodbye to his five-year-old son. It would be the last time he would see any of them.

By this point in the story, the terminal had fallen silent.

T.S.A. agents stood solemnly in a line near the gate. The gate agent held the microphone in his hands, taking a long pause and a deep breath. He struggled to say what came next: “Today the pilot of the plane bringing Col. Knight home is his son.”

If you get emotional reading that then you’re on our side.

If instead this story brings up deep and overwhelming feelings of self-loathing and rage then you are on the other side.

In 1967, Polish mercenary Rafal Ganowicz was asked what it felt like to take human life, “I wouldn’t know, I’ve only ever killed communists" pic.twitter.com/SgbEJ3Kn0p 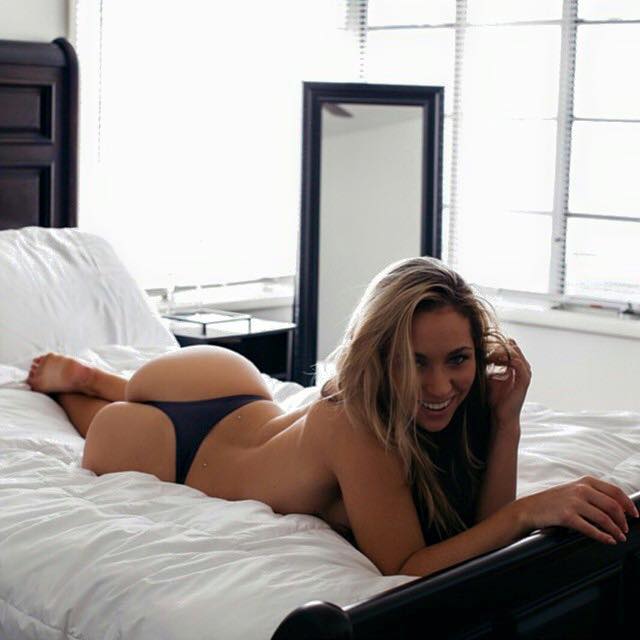 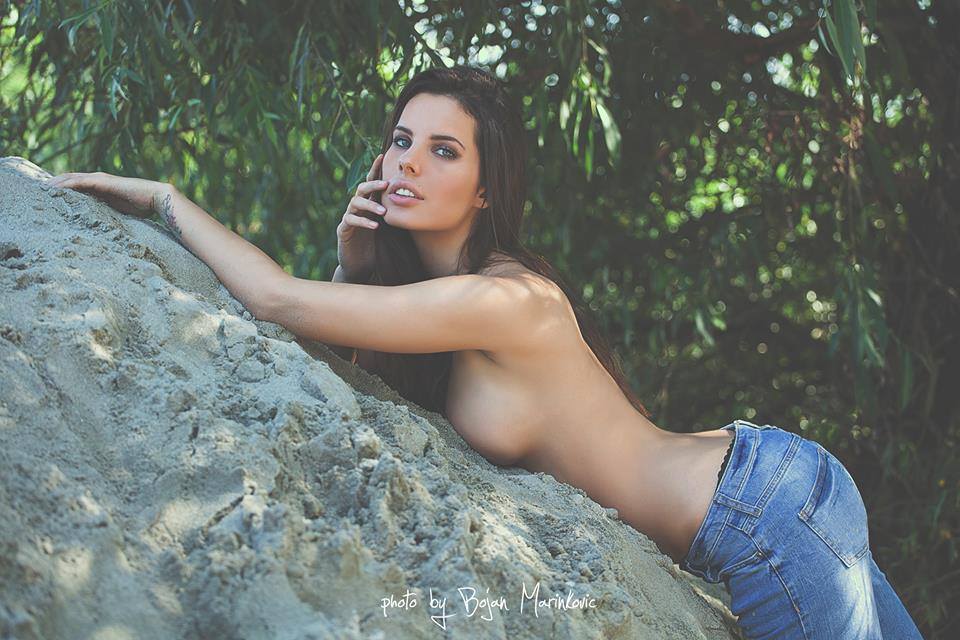 The scientific case against redheads.