When Google was launched the company’s unofficial motto was, “Don’t be evil.” The problem with a negative clause is the brain’s filtering system and how it analyses information. For example, you’re driving down the road and suddenly you begin repeating to yourself, “Don’t hit the rock, don’t hit the rock.” In that moment the brain locks on to the main body of the sentence. In other words the brain simply hears, ‘hit the rock’.

For its almost 20 years of existence, every Google employee has been doing their job while assimilating the phrase ‘be evil’ in their subconscious. And they’ve be living down to expectations. The latest whistle blower from the company was raided by the cops in the early hours of the morning. But that’s just a foretaste.

San Francisco police received a call from Google which prompted a “wellness check.” “They got inside the gate, the police, and they started banging on my door… And so the police decided that they were going to call in additional forces. They called in the FBI, they called in the SWAT team. And they called in a bomb squad,” Vorhies told Project Veritas.

They called in the SWAT team and the bomb squad – for a “wellness check.” It’s for your own protection, don’t you know. But wait, there’s more.

“From what I’ve understood from other attorneys, they are trying to establish that I’ve got some sort of mental problem in order to make their case easier. This is a large way in which they intimidate their employees that go rogue on the company,” he explained.

San Francisco police confirmed to Project Veritas that they did receive a “mental health call” and went to Vorhies’ address.

Perform a remote psychological diagnosis and then call in the local cops to do your bidding who obediently comply with no hesitation. Stalin himself would have been proud. All we’re missing is the re-education camp. Except this is a private company, not a government. Who wields the power now?

“This is an act of atonement to make my conscience clear,” he said. “I’ve been living with this burden for 3 years. I saw something dark and nefarious going on with the company. I felt that our entire election system was going to be compromised forever by this company that told the American public that it was not going to do any evil.”

Yeah, about that motto – Google quietly dropped it last year. Superfluous to requirements. I imagine that a full scale internal Night of the Long Knives is presently underway at Google. All bad thinkers must be expunged.

And with that pleasantness out of the way it’s time for this week’s vainglorious edition of your favorite linkage and hawtness compendium. May the hawts be with you.

The quote of the week goes to Borepatch speaking on the subject of red flag laws:

A first hand account of the sinking of the USS Yorktown during the Battle of Midway.

I don’t know why that pilot didn’t pull up and try again. Maybe he didn’t see the LSO’s signal to abort; maybe he thought it was too late. Either way, I knew he was going to get grounded for a day or two. That was the worst thing that could happen to any pilot, or so I thought, until that plane touched down.

It came in so fast, the tailhook bounced over every cable across the stern, didn’t catch a single one. After that, it plowed through the last barrier, which was a rope net below the island. I braced myself for the impact, but there was none. This plane crashed into the one that had landed a minute before, with the pilot still in the cockpit. I saw the propeller blades cut through the canopy of that parked plane, and I watched them chop that pilot’s body into little pieces. There was blood spattered all over both planes, all across the flight deck, and all over me.

Men who attempt to cooperate with these rules — “blue pill” men — are playing a losing game, because such cooperation ultimately renders them uninteresting to women, who become bored with their easy conquest of the kind of man who is willing to be a woman’s household pet.

What the “blue pill” approach produces is men who are so completely oriented toward doing whatever women want that he ceases to have any independent identity. He becomes something like Andrew Golis, an obscure nonentity known only as “Jessica Valenti’s husband” (and her recent memoir expressed how thoroughly she despises him).

I found this post over at Dalrock’s on the subject of fathers as figures of mockery to be a tad depressing.

When we ask the NRFC to teach the importance of fathers, something we as a society vehemently disagree with, we are creating a no win situation for them. They dare not speak the truth, and yet they need to be seen encouraging fatherhood or they won’t be able to justify their funding. So it isn’t surprising that the NRFC would lead with an image of fathers as comic relief. Who doesn’t love laughter? And the image of fathers as clowns is one sure to please both feminists and chivalrists.

If you marry a slut don’t be surprised when she acts like a slut. Simples.

Liam Hemsworth has let himself be played for a chump. Miley Cyrus has wiped her feet on his reputation, quite deliberately, and he seems to have no comprehension of what has happened to him, or why it happened.

Of course, if he had any concern for his own dignity, Liam Hemsworth never would have gotten involved with a trashy slut like that, but then to permit her to drag his reputation through the mud — which is what she has done, and not accidentally so — and act as if she is still deserving of his further sincere good wishes, can only be explained as expressive of a profound masochistic tendency on Hemsworth’s part.

They used to restrict actors spouting off their low IQ pontifications to talk shows. Now they get them to address the UN. Says it all really.

Related to this is his garden interview that he did on the trip with E. Michael Jones, editor and publisher of Culture Wars magazine.

E. Michael Jones took down his Youtube channel last night after receiving a second malicious strike on his account. But you can still see his vidoes on Bitchute, just go to his site. I really liked this little snippet of him at Roosh’s Chicago talk.

The Z Man on process conservatism.

What conservatism under Buckley became is a shaming mechanism to prevent whites, and let’s not kid ourselves about the conservative audience, from stating publicly what they want for their community and their country. Thanks to Buckley, it is no longer possible to say, “I don’t want a bunch of foreigners moving into my town, because we live here and that’s how we want it.” Stating preferences is no longer permitted. Instead, what you want has to have some outside justification.

If there is to be a new Right, it will have to be an ends justifies the means ideology with its own internal morality. Conservatism will have to start with “This is who we are and this is how we seek to live.” The goal of the ideology is to achieve a clear set of ends, not a set of processes that may or may not achieve those ends. The process and principles are means to an end. Put another way, a new Right will oppose Progressive ends for non-Progressive reasons. There can be no compromise.

Even worse than this is when a self-proclaimed surrogate minority conservative lectures you that he can say what you want to say for you because his skin color will make it acceptable.

The argument that “I was born that way” is both infinitely self-serving and infinitely dishonest. But it also is a powerful illustration of how the LGBTQIAPK+ Lobby not only seeks acceptance, but also that “regular” homosexuality is used as a kind of “gateway mental disorder” which is used to force a much longer list of sexual deviations (“paraphilias”) upon the western societies very much including pedophilia (by means of hebephilia and ephebophilia). It does not have to be, but that is how the LGBTQIAPK+ Lobby uses that argument, so it is legit to point that use out and debunk it too (and this is what freaks like this one will use to demand acceptance, endorsement and even special protection!).

Single men outnumber single women in the USA by a long way.

It sucks being young, male, and single. Don’t think so? Go to the Interactive Singles Map of the United States and see how it looks for the 20 to 39 age group. Almost everywhere single men outnumber single women.

And the real picture is worse. For one thing, the imbalance is greater among singles without children. This is not a trivial factor, since single mothers are “single” only in the sense of being available for sexual relations. They are still raising offspring from a previous relationship and many are not interested in having more children.

Another reason while the beatification of single mothers was so heavily pushed.

A snippet from Culture Wars magazine that has a subscription – Ben Shapiro and the myth of the Judeo-Christian West.

As the cathedral of Notre Dame burned in Holy Week, Ben Shapiro took time out to tell his vast social media audience that: “If we wish to uphold the beauty and profundity of the Notre Dame cathedral, that means re-familiarizing ourselves with the philosophy and religious principles that built it.” Shapiro went on to clarify that the cathedral was a “central monument to Western civilization, which was built on the Judeo-Christian heritage.”1 The term ‘Judeo-Christian’ is a favourite of Mr. Shapiro’s and appears with wearying frequency throughout his latest bestselling book The Right Side of History: How Reason and Moral Purpose Made the West Great.

It took an Israeli paper, Ha’aretz to point out the obvious yet unmentionable:

“There certainly seems to be a degree of wilful blindness, if not crass manipulation, in Shapiro setting up 12th-14th century France, when Notre Dame was being built, as embodying “Judeo-Christian religious principles,” when during that period France’s Jews were expelled (twice), their holy texts subject to public book burnings and their property confiscated by the crown (several times). Look at the actual tangible built evidence of the cathedral itself, whose west front is adorned with twin statues: proud Ecclesia (the Church) and Synagoga (with head bowed, blindfolded with a snake, her crown at her feet and the tablets of the law falling from her hands), representing Christianity’s triumph over Judaism.”2 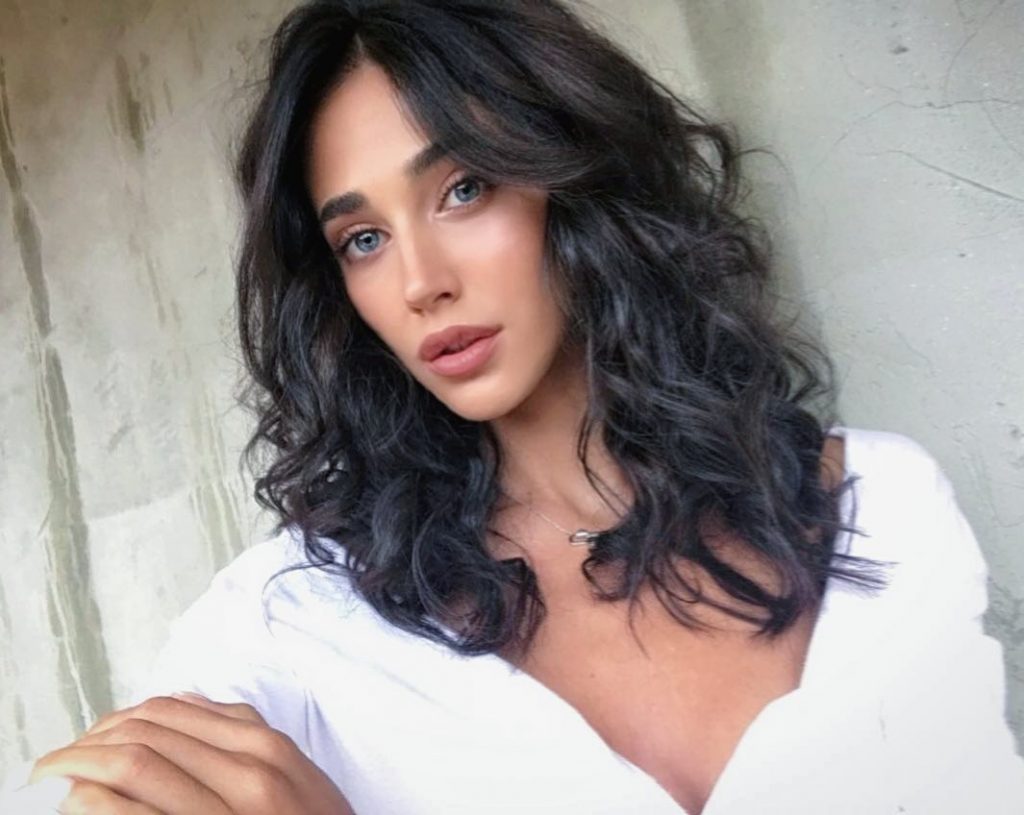 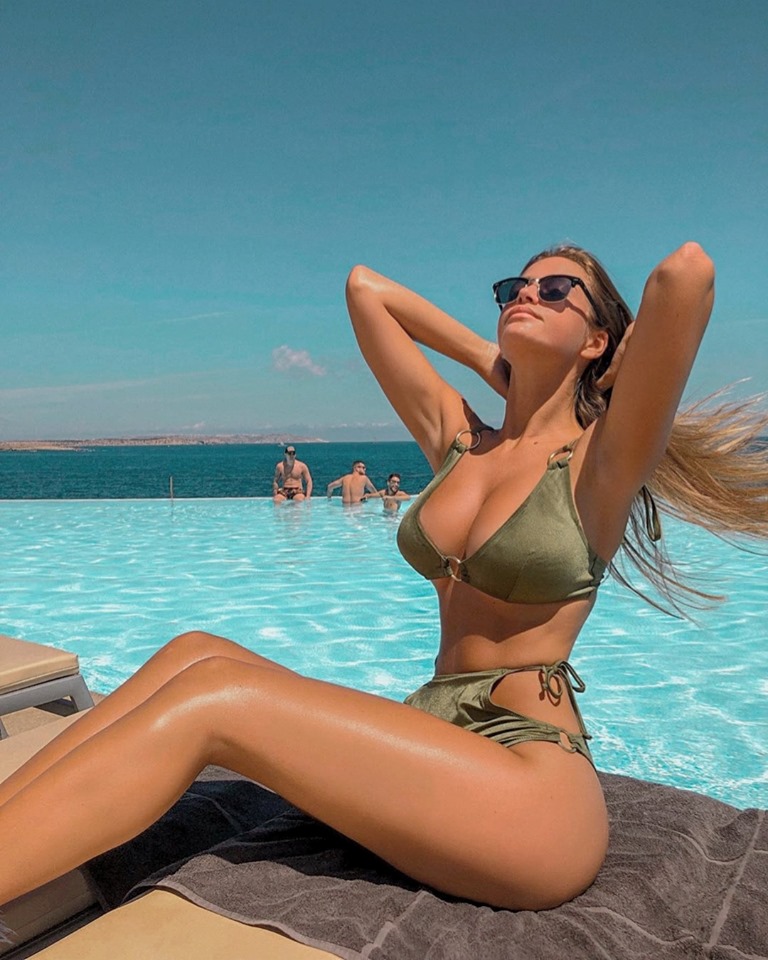 You’re not a sex worker, you’re a whore.