A bit of a late one this week on the hawt chicks & links, but better late than a big fat stick in your eye, you bunch of miserable ingrates. So much happening, so much to talk about, too much really – I think that I might just blow bubbles as I sink underwater to a depth of 112mm wherein I will ponder the butt crack of this here crawfish. Drugs are good.

Anyhoo, this week is the white edition. White is the best color in the world because from that point anything is possible. You can infer all of the rest. Why, I must be a horrible hating hater person.

There is a reason that the opponents of the Bolsheviks were the White Russians. And now 100 years later we’re on the cusp of it happening again. I wonder if foreign troops will leave their armies and come to help us defend Western civilization from ourselves as what happened in 1917. I tell you what; every foreign fighter who takes up the cause of most righteous freedom will get a cookie. You can’t do better than that.

And you can’t do better than the hawt chicks & links because it is the linkiest and it is the hawttest. And also the whitest.

If this racist outburst on Twitter by TV host and University of California professor Reza Aslan was against blacks or Jews, he would have been fired and banned from Twitter. But as white people are the target of Aslan’s racism, it is OK for him to be racist. In America today, it is not only permissible but also desirable to spew racial hatred against white people.

Don’t fool yourself. The hatred against white people is real. People claiming to be South African and American blacks sent me emails stating that after all the genocides white people have committed, it was time for white people to experience one of their own.

The thing is, white people haven’t perpetuated many genocides. The Turks did the first two, first of all against the Greeks and then a second shot at the Armenians, and then the Jews did the big one in Russia, and then Germany apparently did one back to the Jews in retaliation, and then China did a really big one, and then Cambodia got in on the act, and then the Hutu’s and the Tutsi’s gave it a really good going over, and there was a little one in the former Yugoslavia, but that was small cheese.

So let’s add it up. The horrible Ottomans score a big double, and even a triple if you count their descendants in the former Yugoslavia. The Jews have one, and then the Asians have a couple, and bringing up the rear are the blacks and the whites with one each.

Oh well, it’s not as if the blacks are known for their educations.

I got that list from the old Wikipedia so it must be true. But a lot of the genocides show figures under 5% of the population. If that constitutes a genocide then we already have a genocide against white people in Australia. Australia’s white population has plummeted since the 1970s. And the progs are arguing when it suits them that reducing a population is the same as killing a population.

So, the answer to the question is yes, white genocide is possible. Indeed, the preparations are already underway. Depending on where they live, white Americans mainly see white people, and what I have written will seem a fantasy to them, just as Lenin and the Bolsheviks seemed a fantasy to the Russian liberals who overthrew the Tsar. The facts, however, are unfavorable to a demonized white population that is a small percentage of the world’s population. Already in America a person can prove his or her moral superiority by demonizing white people.

When the white population has to turn against itself to survive, death is already upon them.

The woke media are now attacking their own if they are not on board with the woke agenda.

The NBC News smear job on The Epoch Times got turned into a half-hour segment on Rachel Maddow’s show Tuesday night. She spent nearly 10 minutes going on about an incident in 2006 when a Falun Gong protester disrupted a press conference with President Bush and Chinese President Hu, which is relevant to The Epoch Times journalism . . . how?

See, when you’re engaged in character assassination, as Maddow is, you’ll use whatever you can to discredit your target, in this case, a cheap guilty-by-association smear intended to convey the idea that The Epoch Times is untrustworthy because Falun Gong is a bizarre cult full of wackjobs who act crazy in public.

The media are in the business of “reporting” whatever it is that their masters tell them to say. They are communication whores. The only difference between journalists and hookers is that the latter plies an honest trade. Our present crazy times have merely caused the media to reveal itself. Try and remember that if they ever get back to “honest” reporting.

A new site went up this week where you could type in whatever you wanted and a few minutes later it would give you a downloadable file with Jordan Peterson saying the phrase. I had it all set to go with Peterson saying,

but the site went down when Peterson cracked the shits. I’ll let you know if it gets back up.

I’m really enjoying Roosh’s laid back Youtube series chronicling his road tour around the USA. I’m also taking bets on how large and scruffy his beard will be when he gets to the end of his journey. Here is the latest episode:

Some good advice about paying money to financial advisors.

One of my biggest joys of having children is giving them unsolicited advice.  For example, my daughter, Alia S. Wilder texted me the other day:

The Unsuspecting Alia S. Wilder:  “ . . . also, Lars Úmlåüt (her boyfriend) and I met with a financial adviser about retirement and investment portfolios.”

The Evil John Wilder: (I Swear This Was My Actual Text Answer) “That’s like talking to a mechanic about your Gulfstream® jet.  You don’t have any money.  And this will be in next week’s blog.”

Will Salvini become the next Italian prime minister? Of course he will. He’s been doing the job for over a year now so it’s only fair that he gets the title as well.

What propelled Salvini’s Lega and other “right-wing” nationalist movements into prominence was the phony “refugee” crisis that began in 2014, which was a predictable consequence of the so-called “Arab Spring” that Hillary Clinton’s State Department endorsed (and perhaps orchestrated via the CIA). In Italy, as in other European countries, the unprecedented influx of “refugees” was welcomed by the Left and respectable centrists, and this center-left consensus in favor of the foreign invasion (to call it what it actually was) understandably provoked a reaction that favored the so-called “far right.” If the only alternative to surrendering your country to foreigners is an “extremist” party, every patriot will become an extremist.

One of the features of current year America is the occurrence of panics, particularly among the managerial elite. The most recent is the White Fright, where the media is hysterically reporting every disturbance as the act of white supremacists. This panic appears to have been triggered by the El Paso shooting, but it is a manifestation of a much longer occurring paranoia among the managerial classes. It dates back to at least the last presidential election and has roots in the Obama years.

The underlying assumption of the White Fright is a belief that whites are secretly organizing to overthrow the current order and impose some sort of pale patriarchy on the country. These white supremacists are everywhere and look just like normal everyday white people, so any white person could possibly be one of them. These people can, at any moment, turn into a violent spree killer, if exposed to certain kinds of content called “hate speech” which is found on-line.

How quaint. Whites want to overthrow the current order and impose white patriarchy. In other words, they want to get back what they lost. It’s gone so far that obvious truths are lost in the rush for relevance. Soon whites will be dobbing in their neighbors for being more white than them. I predict watermelon and coleslaw to become extremely popular.

I spoke about this young lady a few weeks ago on my podcast and I promised that I would post the video. Well, here it is. Enjoy her incredible and understated poise and grace.

An interesting interview with a pickup artist.

I think a lot of people focus on what steps they need to do to get the girl home so they might get sex. And they try to get through these steps as quickly as possible, like speed is the thing that proves you are great with women. I think this behaviour, in my humble opinion, is amateur. They’re building the absolute minimum they think they need in terms of trust, value and comfort to get over the line, then when they get the girl home, if they have misjudged in any way, they get LMR and lose the frame.

I was living last year for a while with a well known PUA coach who was always telling me how he’d followed a girl home only to be told he wasn’t coming in. I didn’t say much, but that’s amateur as fuck. A pro seducer is supposed to have the frame. That PUA coach, he’s not in control of the seduction like a pro, he’s just chasing his tail like a chump.

My focus on a date was only one thing: to get the girl to fall enthusiastically into my frame, to get her to dive into my warm waters. That’s all I wanted. If that happens, of course she’s going to decide she wants to sleep with you, that’s the very least you can expect. And you won’t get LMR either. She’ll be the one hoping you don’t give her LMR.

It’s the unthinking seducer who thinks of a date in terms of ‘steps to seduction’. Just get her to melt on you.

I think of it like a great football team, they don’t think ‘how is it possible we do just enough today to scramble a goal and hopefully the game ends before they realise what’s going on’. No, great sides focus on being the polished product, keeping a tight defence, pushing forward at the right time, passing in triangles, getting behind the defence, pressuring the back four and taking their chances. If they do all this, yeah of course, they’re going to score and win. They’ll also likely win the championship too.

Australia bowled out England for 67 in their first innings today. However, we shouldn’t get too cocky as history tells us if we bother to look.

Also, notice the entire crowd? White. In the 1970s. Genocide. 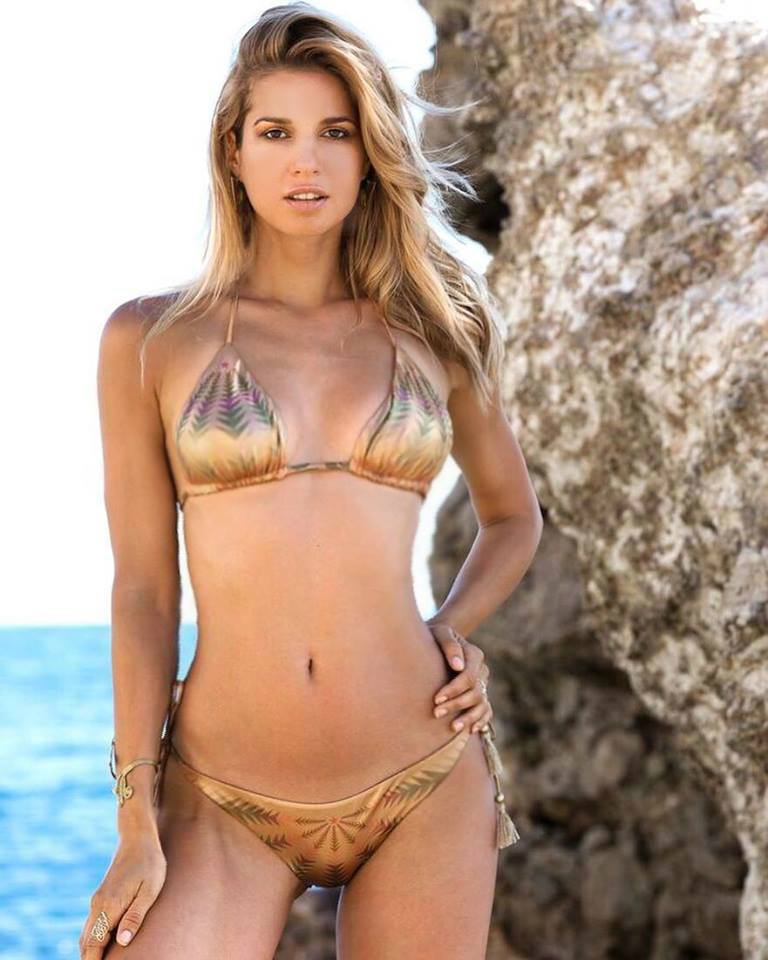 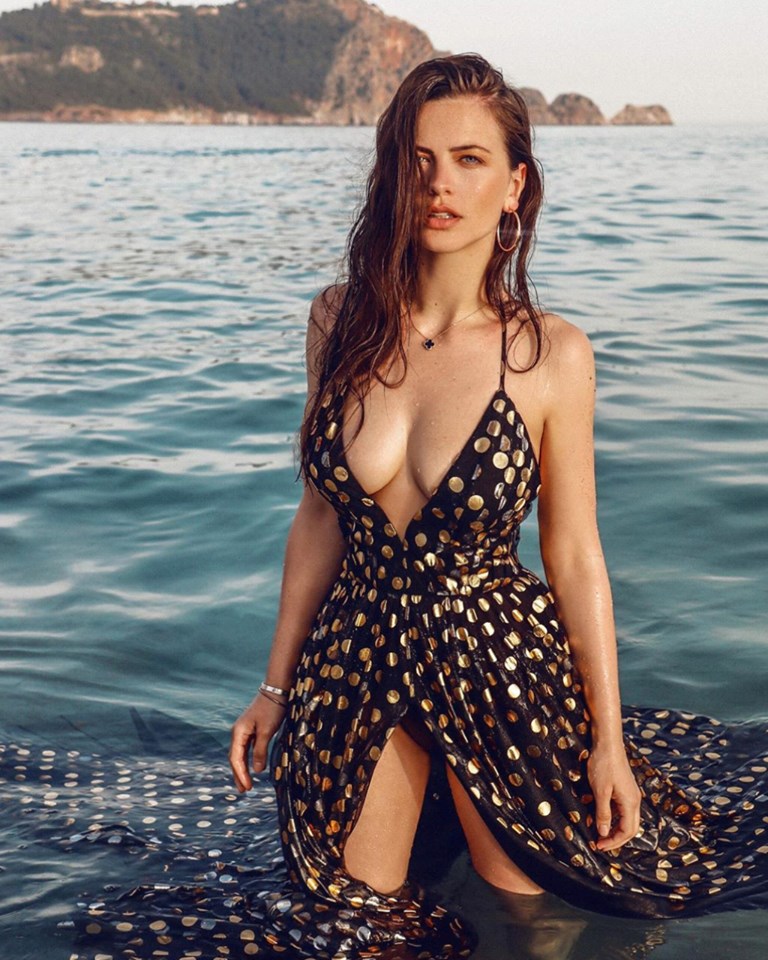 They’re not your children anymore.

The beginning of the great push back.