Friday hawt chicks & links – The back to basics edition.

The hawt chicks & links this week is on time and as always, on target. This is because I have organised myself this week. Every day, well almost every day; okay, one day other than today I posted some links in a folder that I could use today, and now it’s on time which is such a great feeling I think I might pour myself a stiff drink at 5am. Coffee it is.

I bet that you think this week that I’m going to talk about Brexit and the UK election. Nope, can’t be bothered with it.

How about the ongoing drama of impeachment of president Trump? I must mention that somewhere in the links, right? Nope, again. Can’t be stuffed.

What about … ? Not that either. The hawt chicks & links is returning to its roots. Links, photos, vids, and of cause, the hawtness.

Game of Thrones prequel axed for being too woke. Must have been extra super dooper woke then.

THE Game of Thrones prequel starring Naomi Watts was axed after HBO decided the [30 million pound] pilot was “too woke”.

It was to feature the first White Walker as black, put lesbian characters at the heart of the plot and make one of Ned Stark’s ancestors mixed race.

The series, in which the main theme was to be colonialism, was being run by writer and producer Jane Goldman — married to TV and radio presenter Jonathan Ross.

A source said: “HBO were terrified the first prequel would scare hardcore fans. It was very different to the original series, but was very brave and bold.”

The plot of Terminator: Dark Fate seems to have been concocted by a committee of Gender Studies majors and DNC consultants. Director Tim Miller went out of his way to emphasize the “progressive” ideas symbolized by the character played by Mackenzie Davis:

Miller, who broke out in Hollywood after directing “Deadpool,” recently spoke with Variety ahead of bringing “Terminator: Dark Fate” to Comic-Con later this month. The filmmaker said Mackenzie’s cyborg character Grace will be enough to get misogynistic internet trolls shaking in their boots.
“If you’re at all enlightened, she’ll play like gangbusters. If you’re a closet misogynist, she’ll scare the f–k out of you, because she’s tough and strong but very feminine,” Miller said. “We did not trade certain gender traits for others; she’s just very strong, and that frightens some dudes. You can see online the responses to some of the early s–t that’s out there, trolls on the internet. I don’t give a f–k.”

Linda Hamilton is back in this one. And she looks really really really old. Who would go to a movie to see that? Not me. She wasn’t that feminine in the first place 35 years ago. So maybe just tough and strong.

Greg Johnson deported from Norway for what he might say, not what he said.

It’s almost cute that the Norwegian government imagines threatening people with jail if they speak openly about the obvious is going to do anything but accelerate the conflict that their past policies have guaranteed. Especially if the penalties for speech are nearly as grave as the penalties for action. What do they imagine is going to happen, everyone is just going to shrug and decide that they’re happy with a situation that literally no human society has ever endured for long?

As the late, great Jerry Pournelle wrote, there will be war. The only question at this point is where it is going to start first, and the alarming thing is that it could be almost anywhere, given the number of flashpoints that have been created.

It’s already kicked off in South America. First Chile and then this week Bolivia.

The mayor of a small town in Bolivia has been attacked by opposition protesters who dragged her through the streets barefoot, covered her in red paint and forcibly cut her hair.

Patricia Arce of the governing Mas party was handed over to police in Vinto after several hours.

It is the latest in a series of violent clashes between government supporters and opponents in the wake of controversial presidential elections.

At least three people have died so far.

How about a photo? 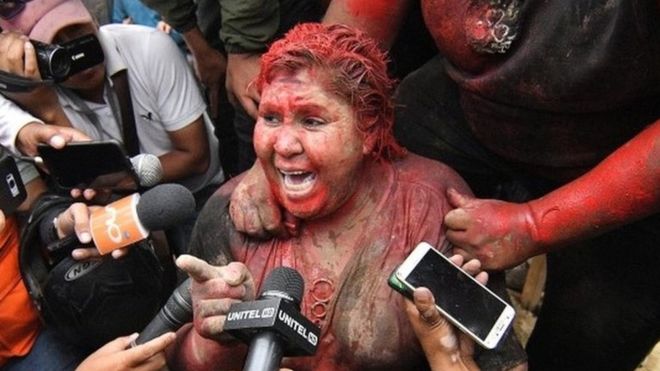 Hawt tune of the week is this oldie but a goodie from U2. Yes, Bono is a grade A doucebag, but this is still a great song.

Equality is another word for communism, folks. Just sayin’.

Red Pill philosopher Rollo Tomassi, speaking of how some men try to use egalitarian approach to male-female relationships, calls equality “a deliberate lie with the hoped-for purpose of empowering people who cannot compete, or believe they have some plenary exclusion from competing in various aspects of life. . . . There is no such thing as ‘equality’ because life doesn’t happen in a vacuum.”

The point Rollo makes is important: People do not embrace an intellectual abstraction like “equality” because it is self-evidently true, but rather because, as he says, they fear that they are somehow disadvantaged in the competition of life. Thus, whatever advantages are enjoyed by the winners in the competition are condemned as unfair — a violation of equality — and from this emerges a politics of envy called “social justice.” We see this, for example, in demands for “free” health care and “free” college tuition. Because more affluent people can afford to pay cash to send their kids to Harvard, according to this egalitarian “social justice” mentality, it is unfair that less fortunate people are effectively excluded from elite schools or, if they can gain admission to Harvard, must borrow money to attend. But if college tuition is to be “free,” why not a new car? Some people can afford new Cadillacs, while other people are forced to settle for used Nissans. (Don’t tell me that quality transportation is less important than quality education, or I might get triggered — that’s a micro-aggression against old Nissan drivers.)

What we see is that Equality with a capital “E” has attained such influence in our way of thinking that, as Rollo points out, even our romantic relationships are distorted by this concept. 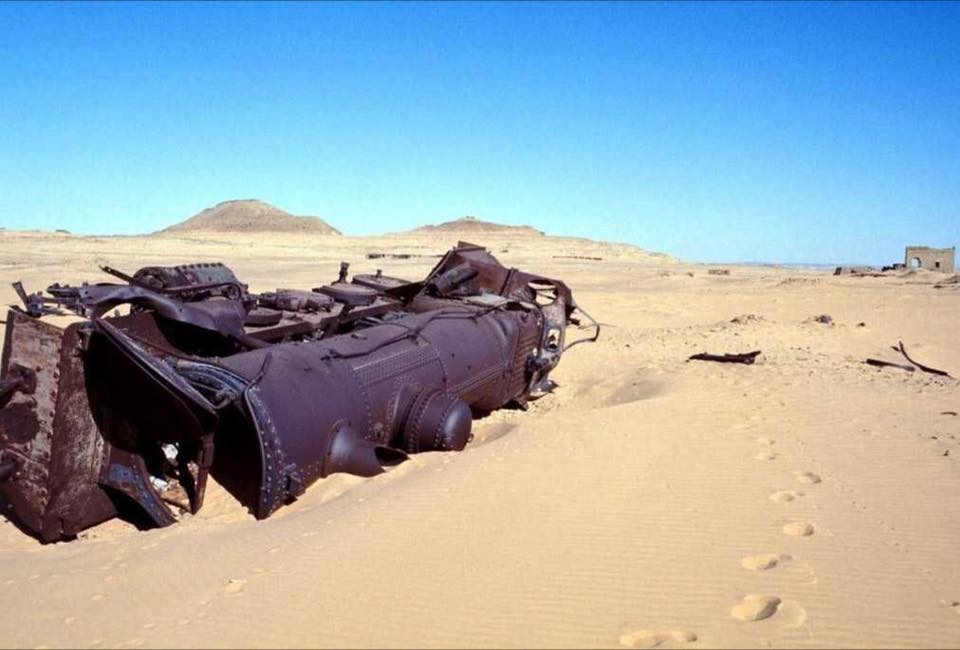 An Ottoman supply train still resting where it was ambushed by Lawrence of Arabia 103 years ago on the Hejaz railway.

Economics is not more important than culture.

If you wanted to locate a point on the timeline as to when America began its descent into the current crisis, a good candidate would be when the Right decided to focus on economics over culture. While there is no specific day on which they made the shift, it happened somewhere during the cultural revolution of the 1960’s and 1970’s, largely in response to that culture war. When the Right embraced fusionism, the die was cast and events would inevitably lead to the current crisis we see today …

… Of course, what they were doing, even if they did not understand it at the time, was conceding the culture war to the Left. By shifting from a defense of culture and tradition on their own terms, the Right was no longer going to challenge the moral claims made by the Left. Instead of disputing the morality of Progressive reforms, the Right would put on the green eye shade and explain why those reforms were too expensive or upsetting to the economy. The Right became the accounting department of the Left. 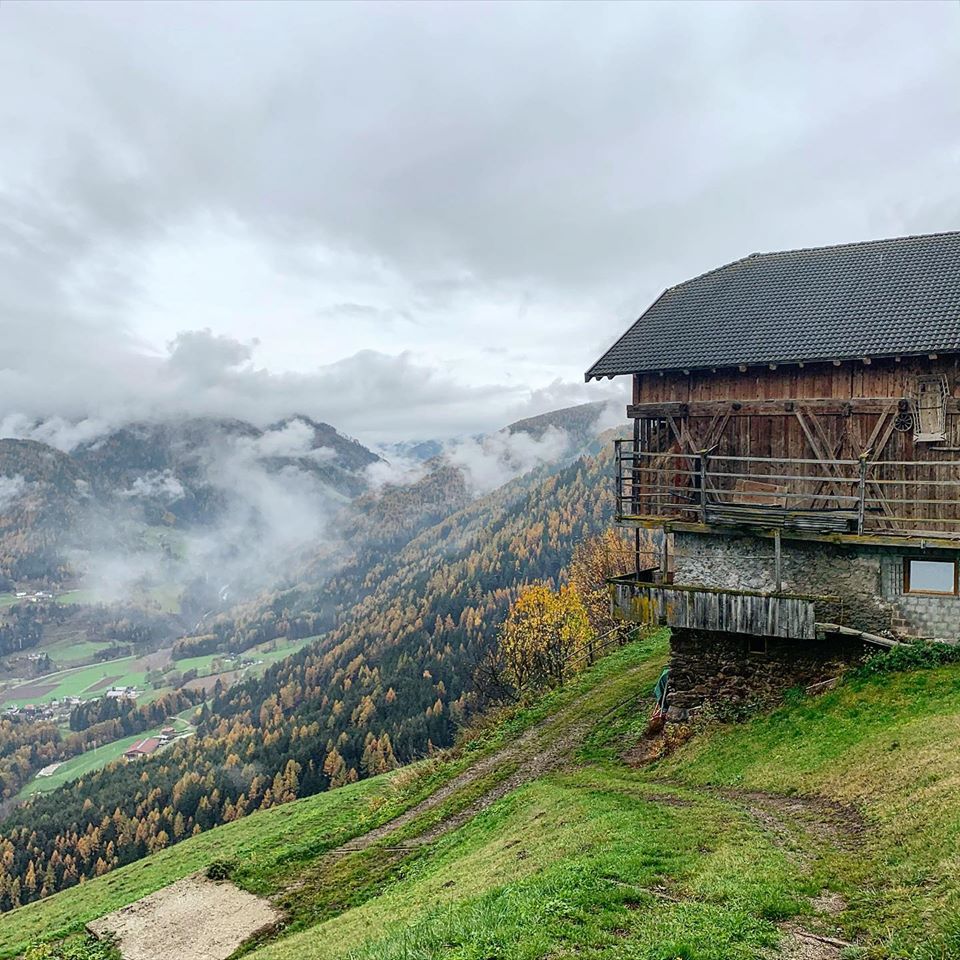 where I used to live in Northern Italy. yes, I miss it.

Comment of the week on this humble site goes to blow-in The Political Hat who really didn’t seem to like my article on the falsehood of civic nationalism.

“Immigrants remain tied by blood to their country of origin. As such, their allegiance to their host nation is beyond suspect; it is guaranteed to be flawed. ”

A Leftist using a collectivist ideology does not disprove that civic nationalism can and does transcend the the idea of genetic shackles on humanity. Ironically, by declaring to be an ethnic Scot, the author has declared that he (or at least his mommy or daddy) is unloyal to Australia and loyal to the “Scottish people” and their Leftist culture.

Oh gee, you got me. I wonder why I did mention that I am also tied to Scotland in that article? I mean, was it simply pure chance? That really would be ironic, right? Can anyone work it out? 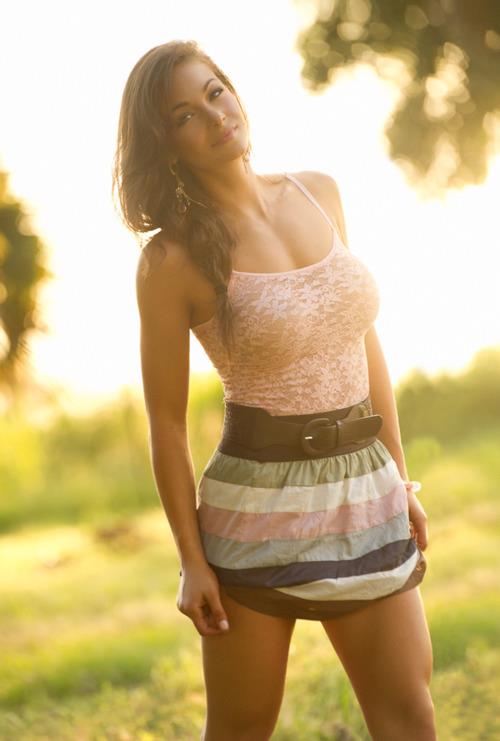 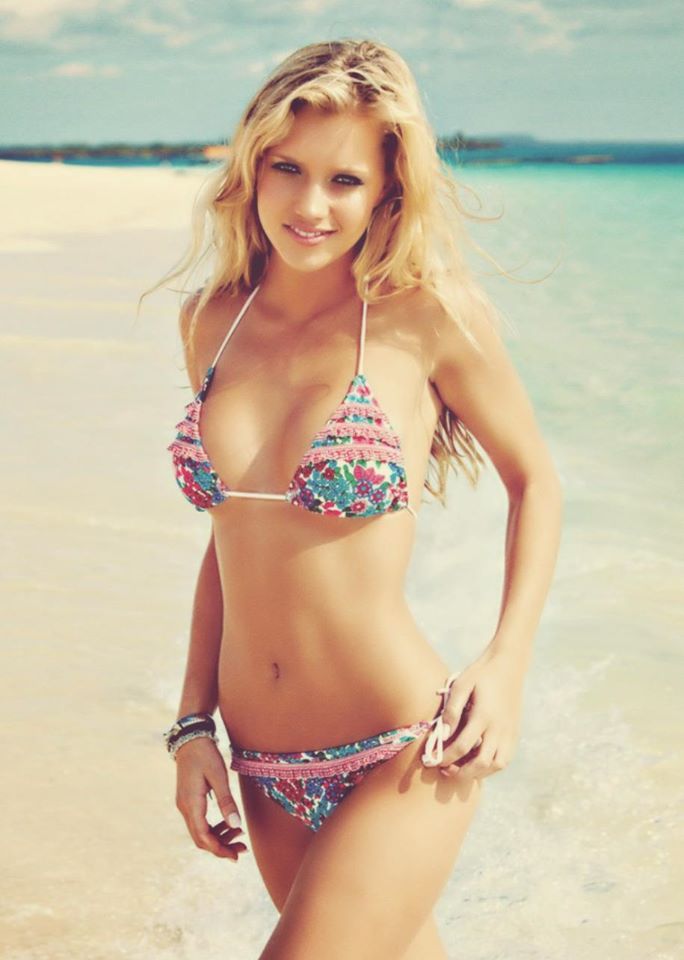 We were never asked.