The world didn’t end this week so it appears that I have to rise from my slumbers once again to prepare the linkiest and hawtest publication of the week, that readers all around the world anticipate with much anticipation. I wrote those words yesterday and then I ran out of things to say, got another coffee, thought about it again, and then gave up and went to work. Look, if it ain’t flowing then it ain’t going, that’s how I roll. You guys deserve the best, not some random words and feelings tossed out onto the screen like a royal wave at a high school. This shit is real, man.

I’ve got some good stuff for you all this week. Some good links, some nice comparisons, the occasional word to make you ponder, and of course, the hawtness that are the hawt chicks from my very own secret source.

A new study has confirmed what a number of people already believe: when looking for a partner, men place much more emphasis on the physical beauty of their prospective mate while women look for someone who has high social status (which could very well be translated as money.)

This is so awful. Women are paradigms of probity! How could any study even insinuate for even a trice that women would betray their own immaculate standards for something as common and begrimed as common currency? It is simply outrageous.

Pissing it all away.

Michael Carroll scooped the £9.7 million lottery jackpot in 2002 from a £1 ticket.
He gave £4 million to his family before blowing the rest on cocaine, vodka, and brothels – and he claims to have bedded 4,000 women.

While impeachment Trump chaos continues, the Democrats are having public debates about just who should go up against whomever the Republican candidate might be. Which means that while they’re trying to gather publicity and momentum, instead the focus is squarely on Trump. Own goal, anyone? One of their presidential hopefuls is some common billionaire named Tom Steyer who has a convenient solution for the socialist engineered housing crisis.

Steyer then claimed he knows “exactly what needs to be done” to address the housing crisis, and discussed the impact on the climate regarding certain liveable locations.
“I understand exactly what needs to be done here, which is why we need to change policy and we need to apply the resources here to make sure that we build, literally. millions of units,” Steyer said. “Where people live has a dramatic impact on climate and sustainability.”
Steyer then claimed that his administration would “force” towns to accept new housing units that are affordable for its residents.

Those East German apartment ghettos were so picturesque.

People will say, “There’s no way Steyer’s going to get the nomination,” and this is obviously true. However, the point of all these debates — with Democratic hopefuls vying to out-bid each other on what fantastic amounts of money they’ll spend to provide “solutions” to every imaginable “crisis” — is that it moves The Overton Window. When allegedly Serious People spend hours spewing radical nonsense on national TV, it makes this nonsense seem possible, or even practical.

They’ve been doing that for 40 years. Gay marriage, anyone? Men in little girls’ bathrooms with their wing-wang out? Supposed conservatives are happy with this. Give it 5 years and these same conservatives will be arguing for this state-imposed housing nightmare. After you can no longer choose where you will live your life, the next step will be to remove your choice of whom you live that life with. Mao’s China did that. Although we’ll take it one step further in that you’ll stand a very good chance to be allocated a member of the same sex. Socialism will continually prove that there is no bottom to be reached.

This week’s groovy tunes. An oldie but a real goodie.

Vox Day has been decrying conservatives as hollow-men for over 20 years. The Z Man is coming around to the same way of thinking.

That is what is so revealing about these guys swarming to attack Fuentes and his young acolytes. They are so craven and hollow; they are incapable of seeing any humanity in these young men. They are antibodies of the establishment, attacking what they are told is a pathogen. Nowhere in their attacks do they mention that these are young men, motivated by a real concern for their future. For the automatons of Conservative Inc., none of that matters. They do what they are told.

In dissident circles, there is a debate about whether conservatism, as an institution, is worth saving. James Kirkpatrick has a book on the subject and has talked about this topic at various events. In the end, it may be a self-answering question. As the tide goes out and more and more of these people are revealed to be hollow, soulless men without chests, the conservative enterprise looks shabbier and uglier. At this point, the question is whether they can withstand the rising tide of the dissident right.

As already stated, conservatives have conserved nothing. Conservatism is actually now a dirty word, as Australian politician Cory Bernardi discovered when he formed his own party and called it Australian Conservatives. How did that go? Not well.

He had come to regard his relationship to the Liberal Party, then under the leadership of Turnbull, as akin to a bad marriage, where he felt that his own role was pointless and that he was living a lie ­remaining in a party that, he believed, was swinging leftward away from its traditional values.

And rather than acting out of self-interest, he acted against his own interests, in that the party he founded on his departure, ­Australian Conservatives, endured what Bernardi described with trademark bluntness as “an unmitigated disaster” at this year’s election, polling just 16,000 first-preference votes in his home state, less than one-third the result enjoyed in South Australia by One Nation.

The fledgling party had been caught in a pincer movement with traditional Liberal conservatives returning to the fold once Scott Morrison replaced Turnbull, and the headline-grabbing Pauline Hanson scooping up disaffected blue-collar and regional right-wing voters.

If he’d called it the Right Wing Nationalists he might have had something.

With conservatives conserving nothing, religion has been jettisoned in favor of “wokeness” and other assorted new religions based around such themes as the environment, colored people’s old bad habits, but mostly the desire to do whatever the individual desires in the moment. What could possibly go wrong?

Queensland Police’s Taskforce Argos, regarded as one of the world’s leading child-abuse ­investigative teams, last year ­revealed that more than 100 children were rescued after it ­secretly took over a dark web child-abuse forum. The forum had more than 3000 active members, of whom 100 had been identified as of March last year.

Mr Dagg said the size of such forums meant it was impossible to arrest every offender.

“In the first six weeks of 2018, we noticed a particular dark web pedophile site increase its ­membership from zero to 150,000,” he said.

“All of those people are committing some form of criminal ­offence, and it’s not possible for any police force in the world to ­arrest, charge and prosecute them.”

In other words, things get out of control pretty fast when cultural morals are no longer enforced. It’s called Satan. From the same paywalled article:

Australian Federal Police ­assistant commissioner Debbie Platz said reports of child exploitation involving either Australian victims or offenders nearly doubled to 18,000 last year — with each potentially relating to hundreds of images, videos and live streams. She said the material was also becoming more violent, and the victims were getting younger.

“Why people get sexually gratified from watching a child be tortured and murdered is beyond me,” Ms Platz said. “But that’s what turns them on and that’s what they’re seeking to do.

“Most of the videos and images that we see of the ultimate killing of a child I would say is happening overseas, but being purchased by Australians. So Australians are driving the market, absolutely, but not just Australians.’’

Dalrock goes up against Vox Day on the topic of chivalry. Battle of the ages!

What is going on here is a classic game of Motte and Bailey.  When Vox wants to sell courtly love as Christian, he points to Arthurian tales that teach chivalry, what it used to be like to become a man.  This is nonsense, not only because Arthurian tales aren’t history (not even close), but also because the values of Arthurian tales aren’t remotely Christian.  They are, in fact, a parody of Christianity, and were from the beginning.  Courtly love was a devious joke decadent medieval nobles used to mock Christianity.  As the 1918 preface to Junior Classics demonstrates, long ago Christians forgot that this was a mockery of Christianity and accepted it as not only Christian but history.  The courtly love version of chivalry is the bailey that Vox is selling not just to his readers, but to their unsuspecting children.  Yet when my assertion of the evil of courtly love is mentioned by one of his readers, Vox retreats to the motte, claiming that everyone knows the Arthurian/fictional/courtly love version of chivalry isn’t really chivalry at all!  In the process, Vox accuses me of falling for the same misdirection that he is so proud to include his his revival of Junior Classics.

Vox needs to choose either the motte or the bailey when it comes to chivalry.  Either we need to teach modern children Arthurian tales of courtly love in order to restore Christian culture and values, or we need to annihilate this abomination and replace it with the Ten Commandments of Chivalry Léon Gautier wrote in 1883 in a failed attempt to reframe chivalry to Christian values (away from the dominant fictional/Arthurian view of the term).  If he wishes to do the latter, he will quite literally need to stop the presses.

At the time of going to press, Vox had not responded.

This week’s long read came up a few weeks ago, but it’s worth reading for an insight into the mind of one of these aforementioned conservatives. The guy on our side in this debate is the guest, Angelo Codevilla, while the conservative is the other lunatic.

As a young person moving through American elite institutions, I was always struck by the marginal status of those other people you mention, Republicans. Clearly, they were not as bright as me and my friends were, which is why they were marginal, even if they had an easier path to some kind of dubious status as pseudo-intellectuals in their second- or third-rate party organs. That hardly mattered, though. The New York Times was the important newspaper, and it was a liberal newspaper. The New Yorker was an important magazine, and so it was a liberal magazine. Right-wing types might look instead to the Conservative Review of Books, published out of Mobile, Alabama, or the Jesuit review of something or another. But nobody was quaking in their boots about how such places might review your work. All the cultural capital was on the Democratic side of the ledger.

What a marvelous recitation of ruling class prejudice.

Of course, you would not have judged them to be nearly as intelligent as you folks were. And you probably didn’t imagine that others would think you less intelligent. 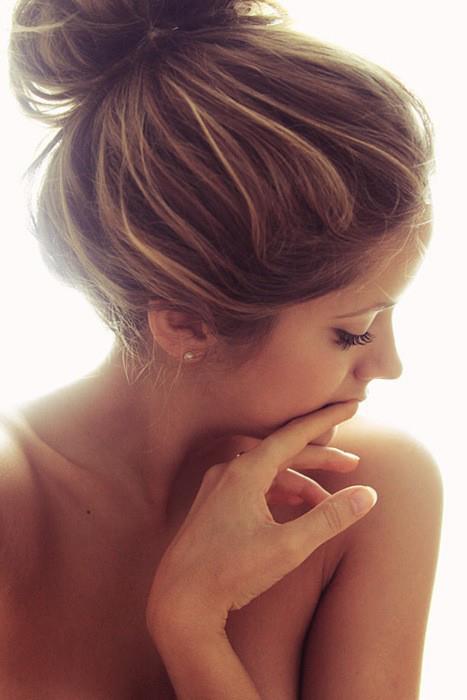 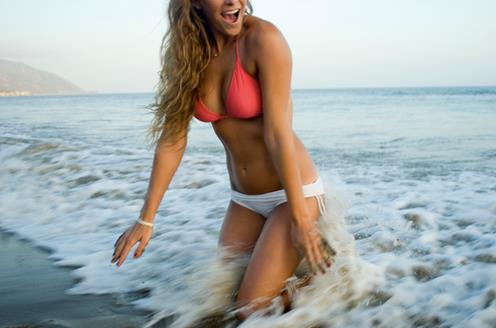 Which gay slur did Pattinson use?