Friday hawt chicks & links – The you know you want to edition.

It’s been a bit of a week with its fair share of things going on. Impeachments, elections, and teenage high school dropouts scoring the Time magazine individual of the year award for her ability to screw up her face and cause sugar to go sour at a range of 7 offshore windmills. What was amazing about this is that Time magazine still exists, let alone still giving out its poxy award, which has also been won by chaps like Adolf Hitler and Joseph Stalin. So Greta the Grinch is in good company.

So let us dive right in and test the fetid waters that await us.

You know you want to.

Continuing on the Greta theme …

But this ‘she’s only a kid, leave her alone’ defence was precisely why the Climate Industrial Complex chose Greta the Climate Puppet as its pin-up.

Remember, Greta Thunberg is a teenage school drop out. It’s not for her scientific expertise that she has been selected as the current figurehead of the global environmental movement but for her youth.

Part of her function is to represent the ‘future generations’ that the green narrative tells us are most threatened by climate change. But her main role is to close down debate.

There was an election in the UK and the Tories are victorious. But Boris Johnson didn’t win the British election; Jeremy Corbyn threw it into a dumpster fire. The British working class voted to not implement hardcore Soviet Union style communism. What the far left in Anglo Saxon nations have not yet worked out is that they need to implement their radical agendas at the end of a gun, not at the ballot box.

What was amusing leading up to the election was how the MSM were crowing about how close the whole thing was going to be. “British election will turn on a handful of votes in key electorates” and other such guff. Yeah, yeah, yeah. Their prediction track record is lower than Triggly Puff’s belly sag.

Will the Tories deliver? Maybe Brexit, but the rest of the country is up shit creek.

Not only did the city of Manchester England stop everything in order to investigate a rude gesture in the stands of a sportsball game, they arrested someone for being mean. Even more hilariously, they held a press conference so they could parade their self-righteous indignation. This is the state of the country about to elect a new government today.

No white Anglo Saxon can ever rest if one of his own might be thinking a racist thought. Seek out the thought crimes, wherever they are! Sleep soundly, Britain.

And maybe Brexit will happen not a moment too soon. Germany is the rotten heart of Europe.

It’s a book that damns pretty much everyone in their monomaniacal drive for the European Project but, Germany, in particular, to me, comes across the worst.

Because the design of the euro, as a currency, was guided by German industrialists looking for the advantage a single currency would bring them.

This is a point I’ve made many times that the single exchange rate underprices the value of Northern European industrial entities while overpricing Southern Europe’s productive capacity.

Moreover, it raised the effective quality of the debt of those countries far above the market rate. This allowed them to borrow at far lower rates than they would ever have been able to.

This has led to exactly where we are today with massive internal imbalances which have hollowed out these economies, further eroded their productive capacity and competitiveness and left them with a mountain of unpayable debt which is then used as a further means to extract the last of the country’s real wealth when the inevitable crisis hits and the debt has to be restructured.

And to think that this point wasn’t understood by the people who designed the euro is to be terminally naive.

The impeachment circus continues its spastic run to the finish line of absurdity.

What I didn’t realize Monday morning, however, was that the Democrats had scheduled that hearing on short notice as a means to try to hijack the news cycle on the day that Department of Justice Inspector General Michael Horowitz released his devastating report on the FBI’s malfeasance in its surveillance of the Trump 2016 campaign. So this impeachment business is actually a cover-up — Adam Schiff and his cronies are using this process to smear Trump and distract Americans from evidence of wrongdoing that occurred in Obama’s administration.

Of course it was a cover-up, and a gigantic misdirection at the same time. Look over there! Orange man bad! Remember the reports of Hillary Clinton screaming at her aides that they would all hang if that Trump clown was ever elected? Those weren’t misreported or irrational fears. They threw everything they had at getting away with treason but it’s not working out for them. Inexorably, the stone wheels of karma are turning.

On any other day this report would command no attention whatsoever. The source in question has no track record of any kind with the FBI. Papadopoulos has been employed by the Trump campaign for perhaps 90 days at this point, and there is no reason to believe he has contacts of significance in the Kremlin.

Not on this occasion. This one report from a foreign intelligence service goes directly to the top of the FBI. The Director himself, James Comey is briefed. A full investigation is launched. Multiple confidential human sources are tasked. Wiretaps are ordered. A task force is organized. Crossfire Hurricane is born.

There is a problem, though. This hand, perhaps because it is controlled by individuals who have made their bones riding desks in Washington, DC and not in the field running actual operations, is clumsy. The information regarding Papadopoulos provided the needed pretext to start an investigation, but most of the people who will now form the investigative team are not in on the plot. They will have to be led to the pre-ordained conclusion, so that it appears that they did so without outside interference.

And these investigators have a pesky habit of actually doing their jobs.

There are religious power plays stirring on the Indian subcontinent. Didact walks us through what’s going on.

Again, remember: the point of this bill is not to give Indian citizenship to anyone. The total number of minority individuals affected by this bill is TINY. It’s less than 1% of India’s entire current population.

The people doing the protesting about the possibility of seeing lots of non-Indians flooding into India’s borders are indeed completely missing the point. That isn’t going to happen because this bill isn’t going to pass into law.

What is going to happen – what is already happening – is that a very clear, extremely pointed message is going out to the Muslim communities of India.

It basically says, “India is for Hindus”.

The reason why the pointy-headed academic types are protesting and getting all hot and bothered about this is because they operate under the delusion, and that is what it is, that India is a beacon of tolerance, diversity, and religious moderation. These qualities have certainly been visible in India at specific times within its history, but overall, India’s identity is inseparable from Hinduism.

All other religions and faiths that try to exist in India, have to fight against the immense weight and pressure of Hinduism and its incredibly confusing mass of internal contradictions, problems, nonsense, epicycles, and incomprehensible texts.

India wants to kick out 300 million odd Muslims? I reckon that horse face leading New Zealand will probably put up her claw to take them all in. Not even joking a little bit.

Feminist websites are dying. What a shame.

Now, as much as I’d like to claim credit for destroying all these feminist blogs, the truth is that none of them were ever really successful enough to be self-sustaining. I mean, Feministing’s editors want to brag about 1.2 million uniques a month? That number sounds more impressive than it actually is, and it certainly could not have justified a full-time staff based on potential advertising revenue. No, those blogs were always a money-draining vortex, which chiefly owed their existence to (a) contributions from tax-exempt liberal non-profits like Planned Parenthood, and (b) the willingness of Gender Studies majors to write for free (or for minimal fees). And, it must be said, after Hillary lost the 2016 election, several of the Left’s moneybags evidently re-thought the wisdom of their investment in feminist Internet propaganda mills. For some reason, this New York Times feature ignores the demise of the very worst of the lot, Everyday Feminism, which now exists in zombie form — they don’t seem to have posted any new articles since 2016, although the site is still online.

2016, you say? They gave up in despair after Trump got elected. Winning.

Apparently women over the age of 65 are the drivers of the sexual marketplace.

Note that not only has she stayed with a man for ten years she only sees every couple of months, he broke it off with her for two years to date other women, and she took him back.  This isn’t proof that the women dating him have all the options, it is proof that they desperately want the status that comes with being part of a couple, even if that status is mostly or entirely fictional.  If they were really done with men, or at least with relationships, they wouldn’t be rooting around in the bottom of the SMP barrel.

Why sexual morality may be much more important than you ever thought.

Mary Eberstadt’s recent research into mass killings, the substantial rise in mental health issues including depression, and the explosion of identity politics is a “primal scream” due to the loss of identity that was once provided by growing up in a long-term, immediate family with siblings and a sizable group of cousins, aunts and uncles, all of which provided identity—essential for well-being. Eberstadt shows and documents from various studies that this decimation of the family was a direct consequence of the sexual revolution at the end of the 20th century.

Her research indicates that increased sexual freedom led to the decimation of the family, which resulted in the loss of family identity, which produces Eberstadt’s ‘primal screams’—a massive increase in mental health issues, mass killings, and the rise of extreme identity groups at war with each other … all symptoms of a society rapidly spiraling into collapse. This appears to have greater explanatory power than Unwin’s psychological suggestion, although the two may actually be closely related, given what Eberhardt shows.

Both Unwin and Eberstadt provide substantial evidence that a sexual revolution has long-term, devastating consequences for culture and civilization. As Unwin states, “The history of these societies consists of a series of monotonous repetitions,” and it appears that our civilization is following the same, well-travelled road to collapse. 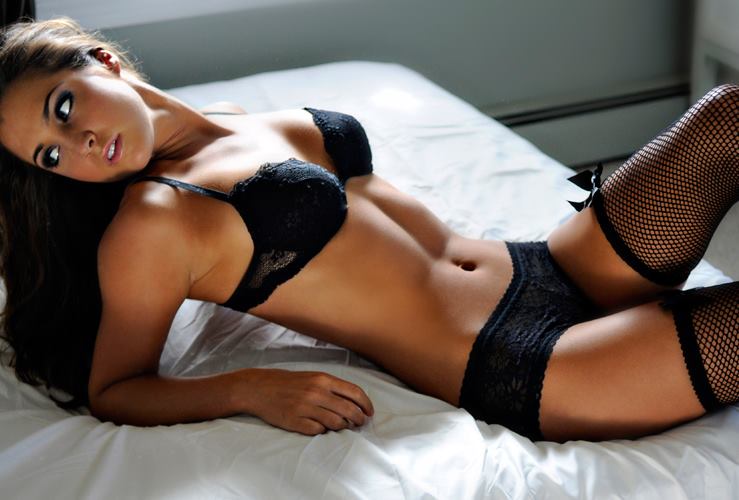 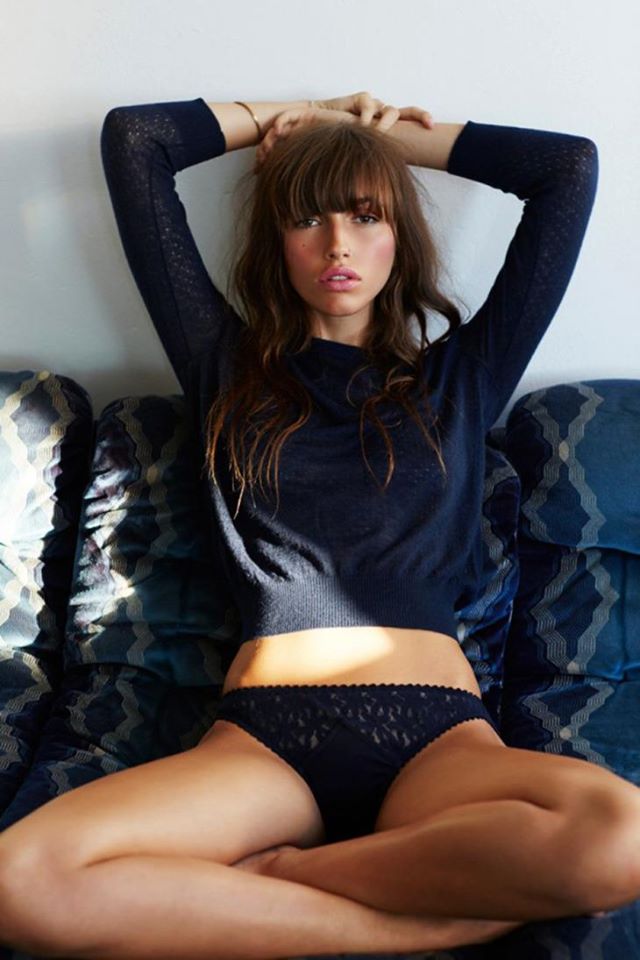 For the sake of your man points, get off social media.

Nobody uses the missionary position anymore.