The Friday hawt chicks & links is slightly hungover. I behaved myself this Christmas until last night when a casual invitation for drinks at 5pm resulted in me staggering down the cold winter street at 2 in the morning. But an excellent night was had, with great company. No politics of any kind was discussed; in fact, if you asked me the political persuasion of anyone who was present, I wouldn’t be able to tell you. There was no talk of progressive issues. The great climate change goblin never once raised its hideous head. Nobody asked me why Australia was burning down or remarked at how remarkable it is that it is hot over there right now in summer. We talked, we laughed, we sang some songs, we told tall tales, we told short tales, and we drank what turned out to be quite an awful amount of alcohol.

At the end, my host and colleague pedaled me down the street towards the train station under a misty rain while I perched on the back of his bicycle, my legs dangling either side. But he wasn’t finished with me yet as on our path was a restaurant owned and run by one of his many friends. The restaurant was not just closing up for the night; it was closing for 2 weeks to give all the workers a much needed break.

Which meant that they were all on the piss and that our entrance was greeted with much goodwill. And by goodwill I mean booze and this is why my head hurts today.

There are not a great deal of links this week as most writers have been doing the holiday thing instead of writing. Such a sorry state of affairs. But I have managed to dredge up a few items of goodness and hawtness for you all to enjoy.

This week’s long read straight up – Celibacy in an age of sexual freedom.

Western civilisation has consecrated recreational sex by ideologically sanctioning and medically facilitating it. The libidinous theatre of sexual personae is everywhere we look, performing the inversion of masculine and feminine roles, the tragedy of thwarted human will, the comedy of frustrated human desire. Its actors perform feminism’s alternative narrative, insistently, until its message sinks in: Paganism is Good. The anthropology of this alternative narrative has a history in classical philology that’s easily summarised: Christianity erased a truth anterior to itself, a life of sexual wholeness, a right to public orgasm. The logic behind that message is powerful but flawed. The average target of the message doesn’t know enough about its history to contextualise it. The Church has yet to develop the resources to counter an obvious reality: sexual pleasure will always trump personal responsibility until its consequences need to be managed.

Islam made me Christian.

In my youth, I had been numbed to the decadence that now was impossible to ignore. I started isolating myself from my peers in order to focus on my work and practice my faith. My old frustration with conventionality was given a proper direction. I realized that there was nothing truly rebellious in conforming to the lifestyle of most of the people around me. I came to see that true non­conformism meant distancing myself from the world of my upbringing.

While living in the Muslim world, I had thought that European society was under threat from the moral traditionalism of Islam. When I returned to Europe, I realized that Islam is a lesser threat to us than we are to ourselves.

The men who subsidise feminism.

Wednesday Martin’s portrayal of the wealthy wives of Manhattan as “disempowered” — hey, ladies, would you feel “disempowered” if your husband was a multimillionaire? — became a New York Times bestseller, and what did her husband think of this? We don’t know. The men who marry feminists are expected to remain silent, and if Joel Moser ever expressed an opinion about his wife’s feminist ideology, I couldn’t find it. Whatever the royalties on Martin’s books may be, however, they aren’t enough to pay for a $3.7 million co-op apartment, a place in the Hamptons and private schools for their children. In other words, Moser’s wealth is subsidizing his wife’s career as a feminist author, even while she proclaims her enthusiasm for “Smashing the Patriarchy.”

The criminalization of masculinity.

For half a century, conservatives have been putting their readers to sleep with denunciations of the sexual revolution as a kind of anarchic free-for-all where men’s sexual impulses are gratified at the expense of women’s long-term well-being. But, as I have explained at length elsewhere, the current hook-up scene is no chaos of random coupling; it is a Darwinian competition between women for the attentions of a relatively small number of men. This mating system’s predictable output—possibly its intended output—is a large number of disappointed young women ripe for a message of resentment and revenge upon the opposite sex.

Power abhors a vacuum, and breakdowns of order prove no more than brief transitional phases leading to controls more oppressive than the restraints initially cast off. The sexual revolution did not usher in prolonged anarchy; it replaced a voluntary system of self-control according to principles equally applicable to all with the bureaucratically enforced “empowerment” of one sex at the expense of the other. Thanks to recent headlines, it is finally beginning to dawn on even the dimmest conservatives that the sexual revolution has not “liberated male sexuality,” but subjected men to an arbitrary and hostile regime from which none of them is safe. 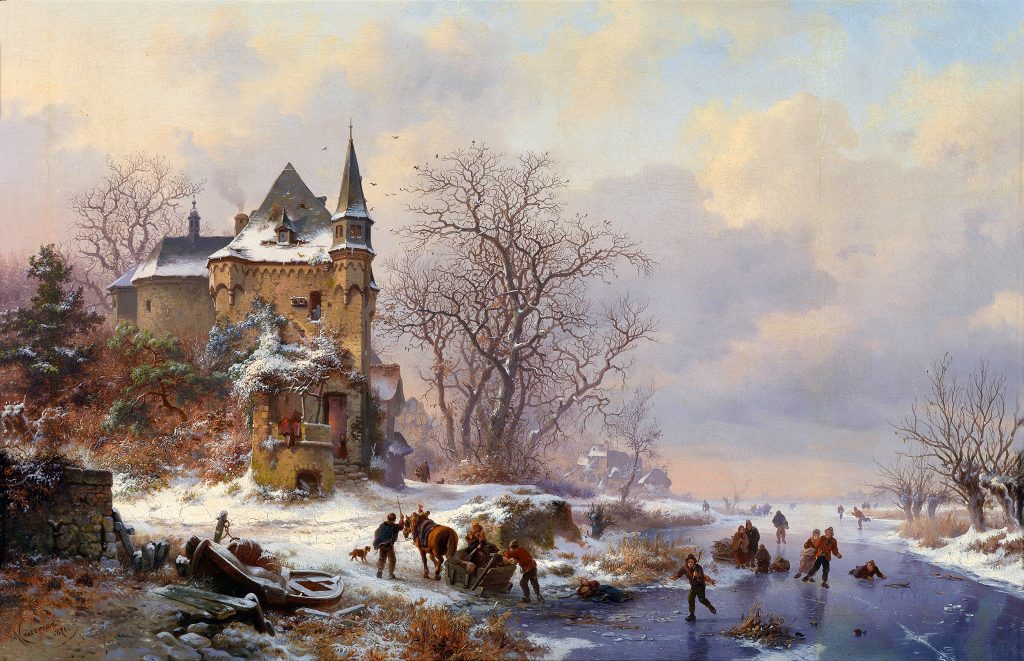 Crazy and dangerous people use online dating apps too.

A Melbourne woman who met a man using an online dating app, invited him over for sex and then strangled him in bed has been found guilty of manslaughter.
Jamie Lee Dolheguy was charged with murder over the death of Indian student Maulin Rathod at a Sunbury house in July 2018.
But a Supreme Court jury instead found she was guilty of manslaughter.
It was never disputed that Dolheguy killed Mr Rathod but her barrister questioned whether she had “murderous intent”.
She was 18 when she met her victim via the online dating app Plenty of Fish and they exchanged brief messages before agreeing to meet up.
Her online profile indicated she was dating for the first time, had borderline personality disorder, suicidal ideation and extreme fetishes, including bondage.
“We’ll do whatever you want,” Mr Rathod told Dolheguy via text before he drove over to her house.
While Mr Rathod, 24, was on his way, the teenager went online and searched “I’m going to kill someone tonight for fun” and “I will kill someone tonight, I want to commit murder”.

If she tells you she’s crazy, believe her. 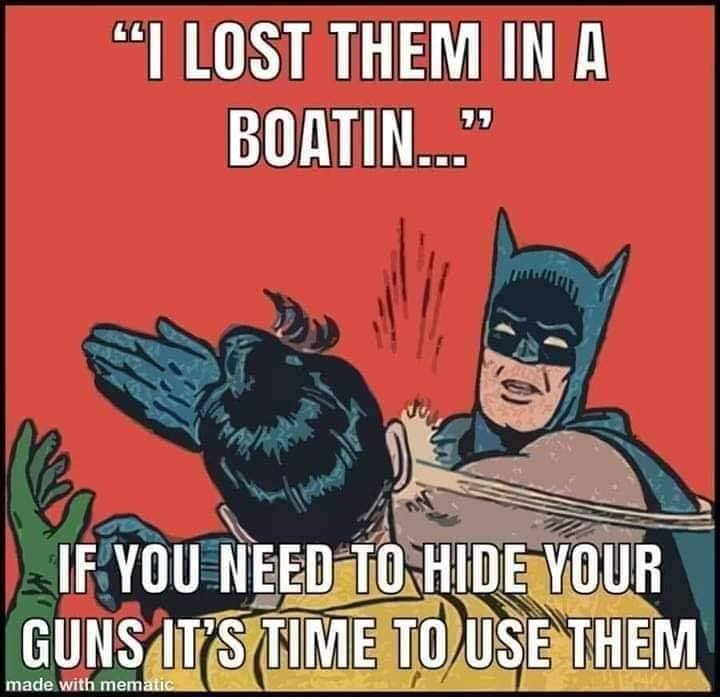 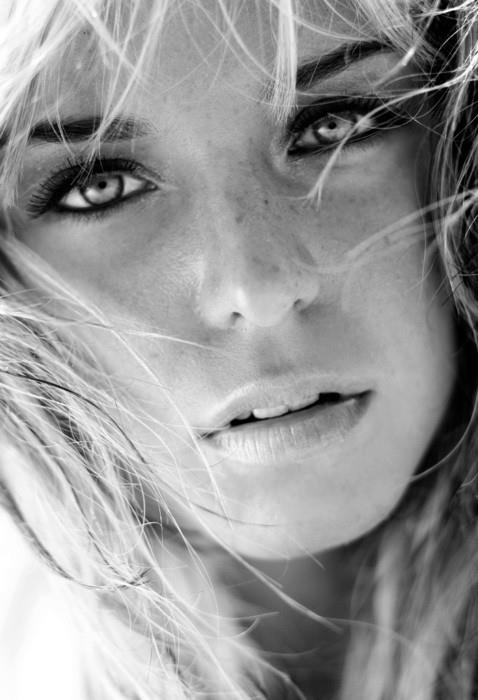 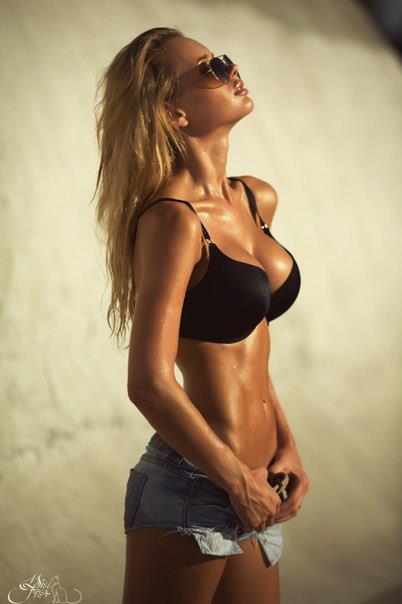 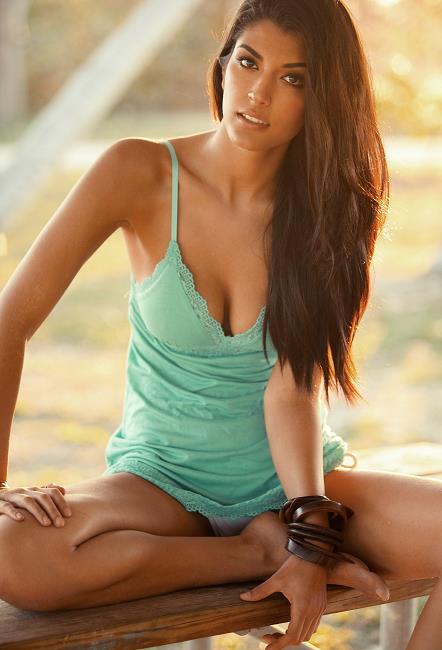 A grim example of a woman killed by feminism and the sexual revolution.