Welcome one and all to the very first hawt chicks & links for the new year, the last year of the second decade of the 21st century for those that can count to 10. Your not so humble host is trying to recover from the next door neighbor popping around yesterday afternoon with an outstanding bottle of white Burgundy which we drank in its entirety and proceeded on from there. My esteemed guest delighted in my vintage turntable which is about all I need to declare someone a best buddy for life. Awesome French plonk and you love my stereo? Take the keys to the Merc, dear boy.

My neighbor is in his 60s and very successful. He recounted to me his younger days starting off in his chosen profession. By dint of some luck and blagging on his part, his career took off quite early. He gave me examples of numerous times where by all accounts he should have said no to what was being asked of him as he didn’t actually have the required knowledge or experience. But every time he accepted without hesitation and worked it out from there. Just say yes and then roll up your sleeves and problem solve, was his attitude. This is exactly what I did myself, as I recounted in my first book, grab a copy now, yours for the bargain price of 2 for the price of 3.

There’s a lesson or two in there for you young chaps.

Right! On with the show for the new year. Links and hawtness awaits all with the courage to enter here.

A very interesting article that goes into some detail to explain that deaths from guns are cultural.

The second image here is from the Racial Dot Map, from the Cooper Center at the University of Virginia. It is also interactive, and allows you to zoom around. Green dots in the second map are black folks. This is relatively self explanatory, and fits with the overall demographic rates expressed in the bar chart above. Gun homicide in the United States is largely a poor black problem.

Or in other words, guns don’t kill people; black people do. I expect this in-depth study to get absolutely no media attention whatsoever.

I mentioned the new Burger King estrogen whopper the other week, but here is some more info about it and soy in general which should put you off these products for life.

The more estrogen a male takes the more he will lose his masculine characteristics and start having female characteristics. If he thinks he is really a woman, by the transgender calculus, the impossible burger should be part of his self-mutilation program. If he does not want to become an ersatz woman, he might be surprised to find himself growing breasts.

That doesn’t sound at all good, (although perhaps it’s an alternative route if you can’t be bothered doing bench presses). Just how much soy does a man need to, well, not be a man anymore?

Just six glasses of soy milk per day has enough estrogen to grow boobs on a male. That’s the equivalent of eating four impossible whoppers per day.

This explains a lot, in a disturbing way.

So, if you were worrying that the new veganism was a plot to neuter American males, you were right. It’s not just a nature cult, it’s a biochemical plot designed to turn men soft and feminine. 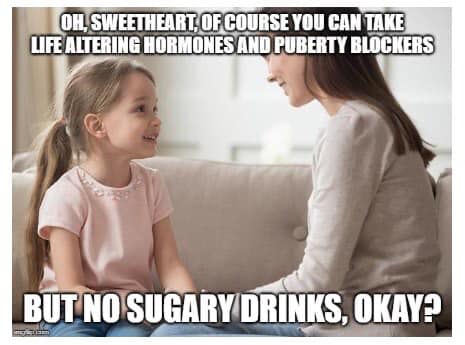 A great article from David Hiscox on the collapse of civilisations.

The ultimate goal of our own political activism should thus be to secure the continued existence of our families, of our people. In Europe, particularly Central and Eastern Europe, it looks likely that our people will regain control of governments and steer away from collapse. The end of the Cold War may be the start of the outburst stage for Eastern Europe and the collapse stage for the West.

Here in the colonies, the globalist forces appear more entrenched and the immigrant foreign invasion is more advanced. The so-called “Democratic system” is rigged against us, and as was shown with the marginalisation of Fraser Anning in Australia and the deep state war against Donald Trump in America, this system will not allow any voice of the native European people to be heard.

The story of the greatest beer run, ever.

A great post from Roissy on Gab which I have screen-shotted for posterity. 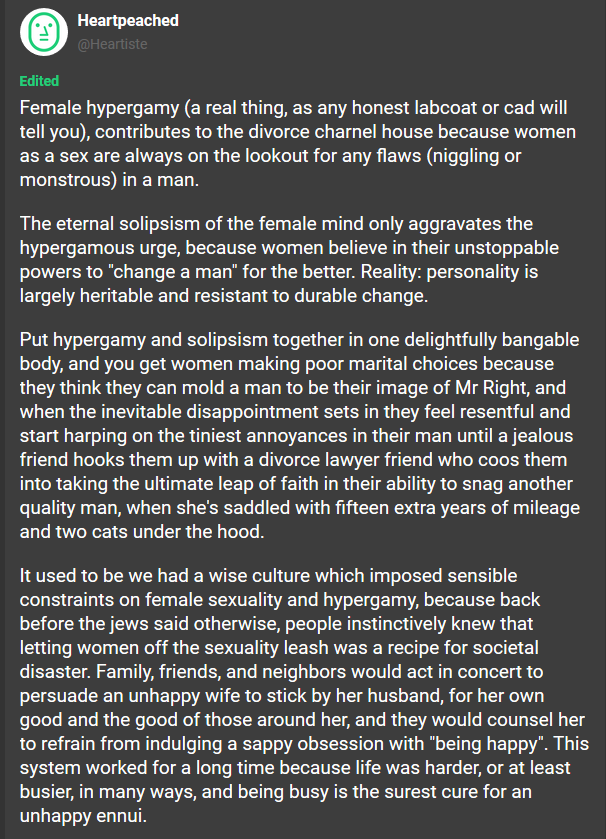 A hilarious example of when the progs begin to eat themselves – The wellness crystals people buy for supposed healing properties could be sourced unethically.

Deepa said she has slowly become more aware of the origins of the crystals she buys.

“Initially I wasn’t, but you want to know they’ve been ethically sourced,” she said.

Yoga teacher Anita admitted she doesn’t always check where her stones come from (she has 40 at home), but said as long as the crystals are cleansed they can have good energy.

“It’s going to sound crazy, are you sure you want to put this on a mainstream website?” She asked.

“Well, you cleanse them with sage or you can energetically clean them with Reiki.”

Nope, doesn’t sound crazy at all. For an example of the glorious healing properties of these boogaloo crystals, let us examine a photo of one of the two owners of the crystal business in question. 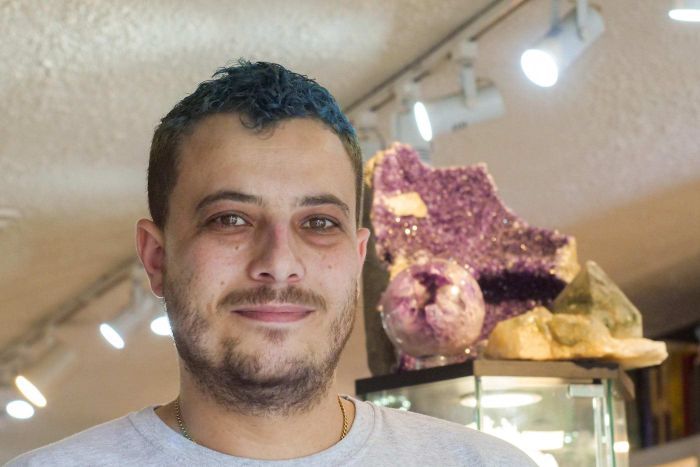 looks more like crystal meth if you ask me …

Your long read for the week, an appraisal of pornography by E. Michael Jones.

New York blacks are getting uppity with the local Jews which is a bit tedious for the “all whites are Nazis for existing” propaganda push.

And it could be argued that liberal Jews have succumbed to a mentality of political paranoia in which every Republican is a would-be Hitler. Because of their monomaniacal obsession with right-wing white supremacists, they cannot make sense of “people of color” who hate Jews.

If the first premise of your argument is that Donald Trump is the cause of all evil in the universe, we are not surprised when you conclude that everything bad — including crimes committed by people who obviously aren’t Republican voters — is somehow Trump’s fault.

I wonder what the Jews think of this … 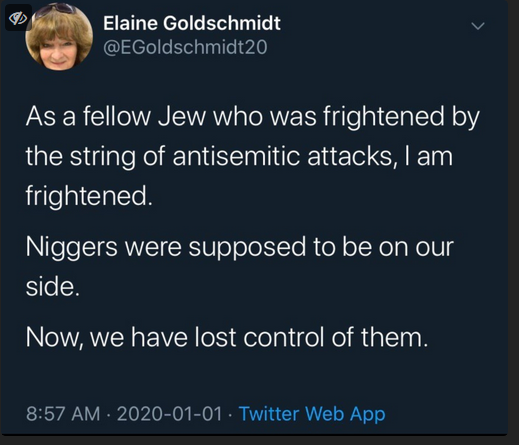 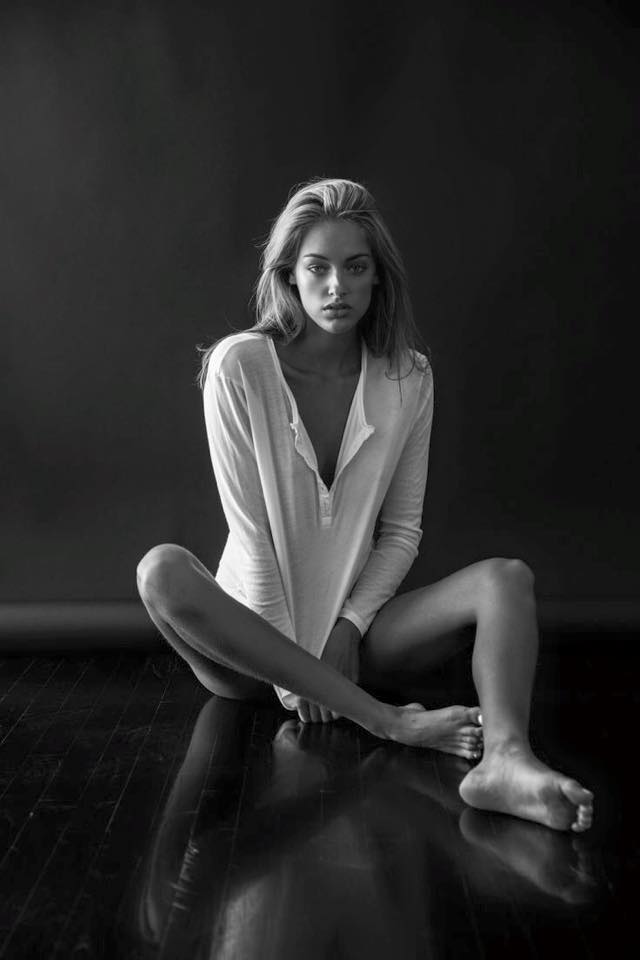 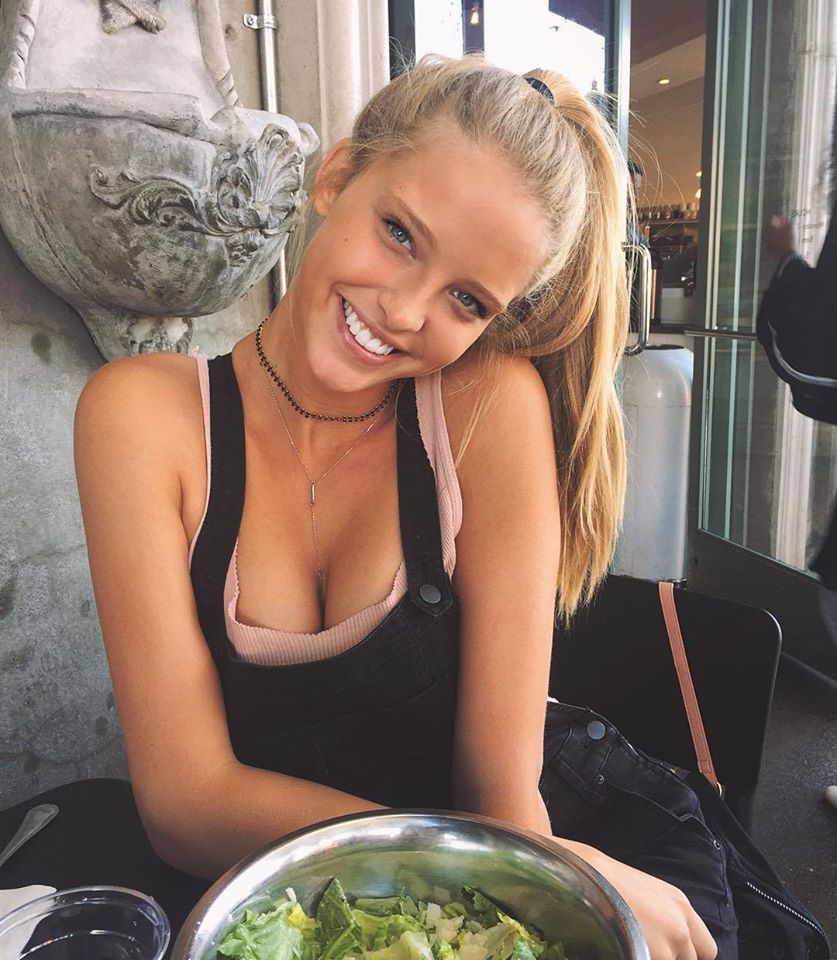 A spontaneous display of dedication to the cause, comrades.