Yes, the hawt chicks & links is a bit late this week. But better late than never, ammiright, ammiright?? Yeah, you know it, baby. You might have been disappointed that they was an absence of links and hawts yesterday, but now you get them today! What a surprise! Remember, the key to winning the lady’s heart is an unexpected gift at an unexpected time. Or, failing that, just pay for her services at the usual market rates. Don’t ya just love capitalism? I do, boys. That’s why I invested in Sharpie pens. Sharpie pens have the sharpest and bestes pens in the worlds. Sure, you wouldn’t use a Sharpie pen to sign a document that betrays the American people. For that you would have to use an unethical pen that you had specially made. But you could use a Sharpie pen to sign a $200 billion trade deal with China.

Priorities, sic, priorities. Stocks are going the hell up. Out of town, out of this stratosphere, and into another planetary body. Remember, the globohomo swamp elites will not allow Trump to be re-elected. They will stop him whatever the cost. I am not sure if they will put poison in his Big Mac. Or maybe they will serve him one of those “I can’t believe it’s not meat” burgers and watch him go all girly. No, my money is on them deliberately tanking the economy. It is, after all, Trump’s centerpiece of his term. Scuttle that and one of the old white frauds will have a shot at the title as they promise free goodies for everyone. We shall see, we shall see. It certainly promises to be an interesting year. Scary.

On with the show.

A love song to Louisiana. Read this one, folks. All the way through. It’s about community. I think that if you hail from Louisiana that you are one of the luckiest people on the earth. I am honored to have spent some small time there.

James said his mother was poor and uneducated, but during the fall pecan season, she worked hard gathering pecans from under every tree she could find.

Miss Clophine took the money she made selling pecans and went to the dollar store in St. Francisville, where, despite her own great need, she spent it on presents for friends and family.

“Aunt Grace told me the other day that of all the presents she got from everybody, those meant the most,” James said. “Why? Because there was so much sacrifice. She sacrificed everything she made, just to give.”

James pointed to Mam and Paw, sitting in the congregation.

“She used to give Mr. Ray and Miss Dorothy presents.

Orkney hermits excommunicated for calling the pope a heretic.

A spokesman for the Diocese of Argyll & the Isles said: “In April the group wrote to Bishop McGee to say they intended to withdraw their ‘obedience from Pope Francis and sever communion with the Holy See.’

“The bishop advised them that their actions would incur automatic excommunication and urged them to reconsider and made several offers of dialogue all of which were refused.

“As a result, the penalty of excommunication now applies.”

Excommunication is the harshest penalty the church can apply. It means they are barred from taking communion at Holy Mass.

The penalty is designed to encourage repentance and can be lifted.

However, the group argue that they haven’t left the church. They believe that under the leadership of Pope Francis, the church has left them.

One church insider said that there are about 700,000 Catholics in Scotland, but just three hermits. To call them marginal “would be doing them a favour”, he added.

I love the arrogance and pride of the “church insider”. Jesus only needed 12.

The BBC would never make this program today.

Gay men get married, adopt a young boy, aaaaaaaaaannnnnnnd … what comes next do you think?

Well, let’s not jump to any conclusions, nor should we make this case the basis for any generalizations about “civil rights” enthusiasts because, after all, Bain-Chekal is entitled to a trial by a jury of his peers, and who knows what a jury in Berkeley might decide. Despite the alleged evidence and Bain-Chekal’s alleged confession, he nevertheless might be acquitted, or the charges could be reduced to something trivial. Certainly we know authorities in Berkeley, California, would not wish to unnecessarily inconvenience an employee of the university who is so well-known as an advocate of “progressive” family policies.

I wonder what he has been accused of? I just couldn’t possibly guess.

By the way, hooking up with gay men on dating apps is rather a risky business. You might end up hanging from the ceiling, and not in a good way.

“We all make mistakes”? True, technically, but few of us make the kind of mistakes that result in our being hoisted from the ceiling rafters in the basement rape dungeon of a psychotic homosexual cannibal.

“We found that men who adhered to a fat restrictive diet had lower serum testosterone than men on a nonrestrictive diet,” according to the report by Jake Fantus, MD, of the Section of Urology, Department of Surgery, University of Chicago Medicine and colleagues from the Department of Urology, Northwestern University Feinberg School of Medicine, and the Department of Surgery, NorthShore University Health System. “However,” the researchers add, “the clinical significance of small differences in serum T across diets is unclear.”

People are getting quite uppity over the current pope – A call to arms.

Celibacy is under assault. Those who seek to lift the discipline of clerical celibacy cite previous exceptions to the rule as precedents for their demands, but in fact they hope to go much further. Under their scheme, the ordination of married men would be not the exception but the norm. Benedict’s reflections demonstrate that this move lacks theological warrant. Sarah’s reflections show that it lacks pastoral justification. What, then, can be motivating the proposed change?

We live not so much in a non-Christian world as in a post-Christian world, full of men who resent the Church for reminding them of truths they have abandoned. A great many churchmen are embarrassed by this situation and seek occasions to signal their eagerness for the Church to cast off its sexual teaching, its discipline on celibacy, and anything else that offends. Opponents of the discipline of celibacy are meeting not so much a pastoral need as a clerical wish—for peace with the world, on the world’s terms. Because the world wants us to obey its principalities and powers, it hates celibacy, a sign of radical obedience to God.

If you want to embrace celibacy, eat lettuce.

The minimum effective dose of training. Excellent article for the lifters in the house.

If you train by yourself and you haven’t set a PR in a long time, you’re no longer training, you’re just exercising – maybe very hard but still just exercising. Maybe you paid for a training template provided by an expert, and you think you’re actually being coached – just not for strength, because you aren’t lifting heavier weights that you previously were. Maybe you think that all this volume burns calories so you’ll have slabs of abs –  except that you don’t have slabs of anything.

You’re not growing, you’re not getting stronger, you’re just spending a lot of time in the gym, getting sore and doing lots of volume that, even though it’s not heavy enough to make you stronger, is still a stress that must be recovered from anyway. Junk reps that don’t make you stronger can still make you overtrained, because even though they are not heavy enough to drive a strength increase, they can produce inflammation if they are of sufficient quantity that their fatigue keeps more productive work from being done and recovered from. Like running 10 miles or jumping off roof of the building, it’s hard, but it’s not useful. 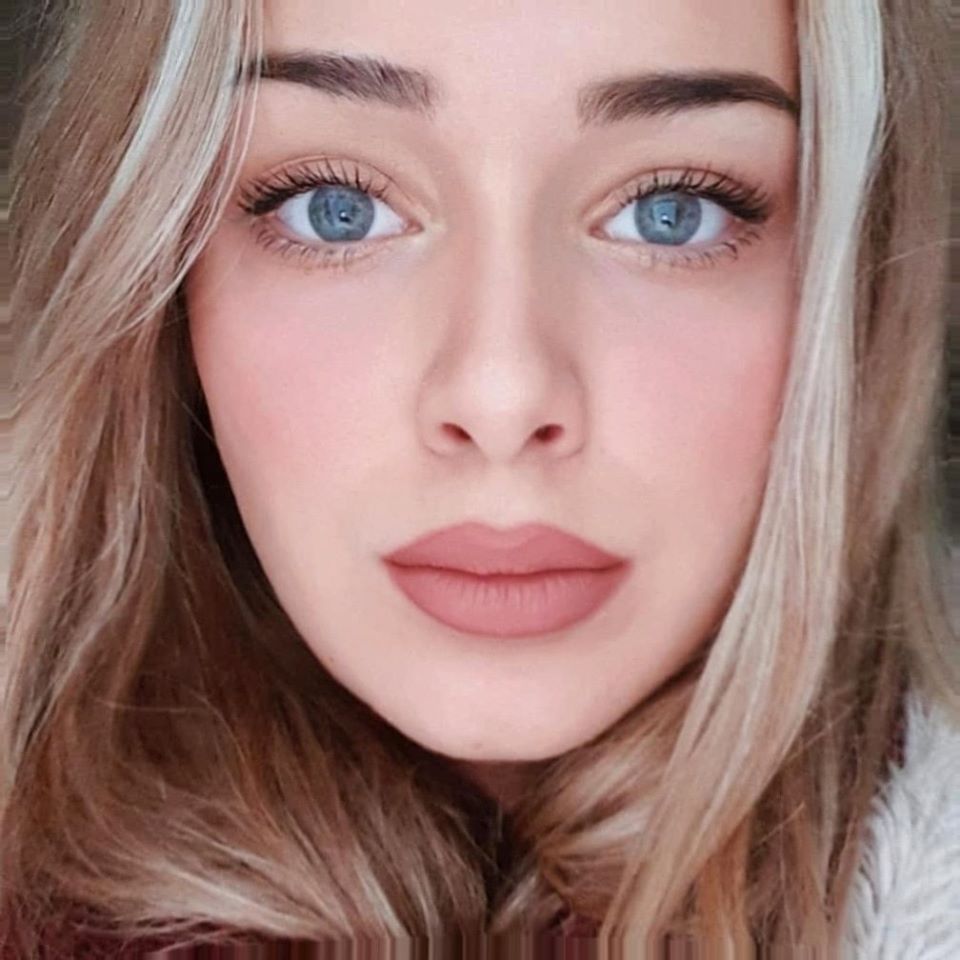 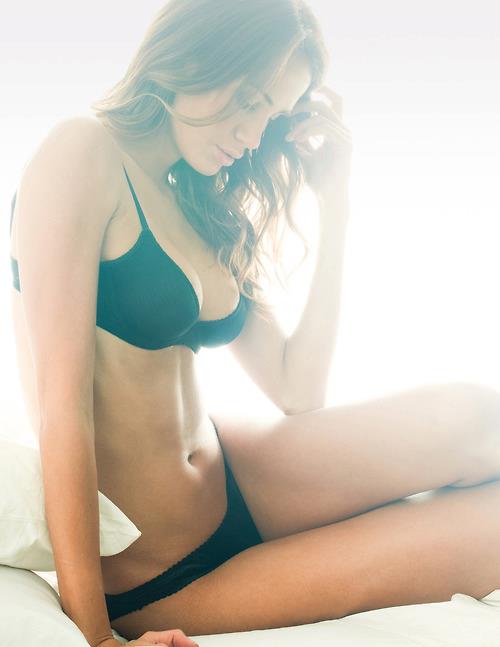 Australia is not a nation of immigrants.

Sunday lifting thread – The case of the splitting pants.