This is a sad week for the hawt chicks & links as Dalrock has announced that he is stepping back from blogging causing churchian pastors everywhere to breathe a sigh of relief. Whether it is due to him running out of subjects to write about or simply because he’s sick of dealing with trolls, I cannot say. It could be either of these reasons or something else entirely. But whatever the reason, he gave us a solid 10 years of exemplary writing, which he is going to leave up as an online resource, at least for now. Personally I think that he should put out a book of his best work. Hell, even his mediocre work would be just fine.

And onward we go.

The UK parliament has passed the EU withdrawal bill, out by the end of this month.

The bill was cleared 342 to 254 in the Lower House after legislators rejected all amendments suggested by the House of Lords, including guarantees for accepting minor migrants from the continent.

The question as to why the House of Lords wanted amendments such as that quoted above is a mystery. Actually, it’s not a mystery at all. It’s exactly in line with everything else they’ve done for the last 30 years. But Boris wasn’t having any of it and rejected the lot.

While the EU has agreed to Britain leaving the bloc, news reports suggest that Brussels intends to punish its leading trading partner and Europe’s second-largest economy.

“EU preparing to give UK worse trade deal terms than Canada or Japan,” The Telegraph reported on Monday.

Brussels is planning to hit Britain where it hurts the most. The European Commission, the EU’s executive arm, has drawn up a hit list to target the British financial sector for defying the EU to dictate regulations following the Brexit.

If you need any indication or guidance that the UK economy is going to take off, this is it. And when that happens then other EU member states will take a look around and want out as well. Suck on that, globalists.

Are professional economists idiots? Of course they are.

Taleb’s “idiots” are Galbraith’s inexperienced intellectual elite economic managers and advisors who have no skin in the game. Professional economists are generally smart, rational (many ideologically dedicated ”virtue merchants”) exploiting a one sided trade, in economic jargon crony “rent seekers” – redistributing income (rents) from the generally lower income non-politically connected. (I would argue there is a minority in resistance, primarily in business schools and conservative think tanks.) It’s their statistical analysis and reasoning to justify rent seeking opportunities he often finds idiotic, faux science or scientism.

Public intervention to mitigate downside risk (as do e.g., public pension and retirement systems, housing, school and other entitlements, loan and deposit guarantees and other forms of insurance (e.g., flood) that can supposedly be financed without pain by taxing the idle rich or unlimited debt financed by money printing (Modern Monetary Theory) is a religion promising heaven without the threat of hell. Come Judgment Day when the system fails systemically, well insulated politicians and bureaucrats will subsequently label it “an extremely rare and random “Black Swan” event that nobody could have seen coming” and professional economists will join the chorus. The general public gets fleeced and market capitalism gets blamed.

Dating advice from a father.

“Tease her about something. Say something about her that makes her jaw drop, and then act a little surprised at her reaction. But always be calm. Don’t ever be mean, but give her brain a little tweak, see how she reacts, and then do it again. You’re good at thinking on your feet. When a fellow sees a girl he likes, he plays with her, only not with a bat and a baseball glove, but with words and body language and facial expressions. Do that with this Jenny girl. And never back down, no matter what happens. Never break eye contact with her while the two of you are talking—let her be the one to look away. Think about it.”

An amazing photo of the HMS Sussex after it was hit by a kamikaze light bomber. The bomber bounced off but it left a distinct imprint.

I’ve seen quite a lot of anti-Putin rhetoric in even the right wing press recently, much more than usual. Here is an article that explains why there is such hostility towards Putin at this point in time. Putin has purged the West from the Kremlin.

In the West these events were spun to suggest Putin is consolidating power. The initial reports were that he would remove the restraint on Presidential service of two consecutive terms. And that this would pave the way to his staying in office after his current term expires in 2024.

That, as always when regarding Russia, is the opposite of the truth. Putin’s recommendation is to remove the word “consecutive” from the Constitution making it clear that a President can only ever serve two terms. Moreover, that president will have had to have lived in Russia for the previous 25 years.

No one will be allowed to rule Russia like he has after he departs the office. Because Putin understands that the Russian presidency under the current constitution is far to powerful and leaves the country vulnerable to a man who isn’t a patriot being corrupted by that power.

There are a number of issues that most commentators and analysts in the West do not understand about Putin. Their insistence on presenting Putin only in the worst possible terms is tired and nonsensical to anyone who spends even a cursory amount of time studying him.

These events of the past couple of days in Russia are the end result of years of work on Putin’s part to purge the Russian government and the Kremlin of what The Saker calls The Atlanticist Fifth Column.

And they have been dug in like ticks in a corrupt bureaucracy that has taken Putin the better part of twenty years to tame.

The subject of the article was dismayed that despite their decision to masquerade as a man, she was still having a monthly menstruation and was forced to buy a $12 pink box of tampons that had a woman (by all evidence, an actual one) on the front of it. In the article the mentally ill woman complained about the price, complained about the look of the box itself, complained about the “dysphoria” her monthly event caused her, and there was even a tone of surprise that I sensed. Surprise at the fact that the menstruation didn’t cease the moment this individual decided that she was now a man. NBC News of course thought this was newsworthy and ran it like a serious piece. That’s our media, and they wonder, they legitimately wonder, why at least 40% of the US population don’t take them seriously anymore.

You and I are expected to full embrace these delusion, these literal delusions, and take part in them, encourage them. We are expected to alter our own language and behavior, our own perception of reality. We are expected to offer our minds and the minds of our children to the alter of this insanity. This is the new Western Civilization in the 21st century.

In the wake of the Virginia gun rights rally on Monday, Democrats in the Capitol are not slowing down their push for tyranny. They are moving a bill through the legislature that would effectively criminalize dissent against Governor Blackface Northam and other state government officials.

House Bill 1627 was introduced by Delegate Jeffrey M. Bourne last week. The legislation “provides that certain crimes relating to threats and harassment may be prosecuted in the City of Richmond if the victim is the Governor, Governor-elect, Lieutenant Governor, Lieutenant Governor-elect, Attorney General, or Attorney General-elect, a member or employee of the General Assembly, a justice of the Supreme Court of Virginia, or a judge of the Court of Appeals of Virginia.”

It’s the start of their last big push, an all or nothing, no holds barred, we’ve gotta get them before they get us, desperate gamble. And because of their blind need to win at all costs, they will get exactly what they are so afraid of; a resurgent right that they will have created.

See this for more detail.

No thinking man can honestly object that attendees have lost anonymity. There was never any to be had, and even if there was, there cannot be in the future.

I know it may make you feel better to use some sort of nom de guerre, like you’re really secret and hidden from direct view, and it may make you feel empowered to be a jerk behind the screen, but it’s all an illusion. It’s not real, and if you believe in it, you’re naive.

A great summation of why the greens and conservationists are wholly responsible for the recent Australian bushfires.

The inability to countenance compromise and the claimed aim of purity: voting down the Rudd Government’s Carbon Pollution Reduction Scheme.

Violent opposition to nuclear power which physics shows is the ultimate form of energy production as in the least amount of matter required to produce a given amount of energy – the energy density of nuclear is far greater than any other energy source and is therefore the ultimately efficient source especially as controlled fusion.

The opposition to increased use of gas because it has some carbon dioxide emissions, even though far less than coal.

The opposition to genetic  modification and thus imposing a greater impact on the environment for a given food output.

The advocacy of ‘natural’ and ‘organic’ products which are more environmentally harmful than alternatives as they require more extensive use of land for given output.

There’s more, much more there.

And finally, a Dalrock article that was very helpful for me. Thanks, buddy.

Feminists may object to the concept of chivalry, but it is closely related to how we measure the virtue of a man.  Moreover, without chivalry feminism would be ineffectual, as feminism is the belief that men are evil and naturally want to harm women, followed by pleas to men to solve all of women’s problems*.

But while chivalry is closely related to how we measure the virtue of a man, a man’s chivalry (in itself) is not what we use to determine a man’s virtue.  In our society a man proves his virtue by his ability to seduce women.  I don’t mean this merely in the sense of locker room boasting or the values of a small group of “pickup artists”.  I mean this in a much more fundamental sense.

As a society we are obsessed with generating sexual attraction in women. We see this ability as the most pure test of goodness in a man. A woman’s feelings of sexual attraction are a mystical force, godlike for non-Christians, and God’s message for Christians. We can’t see how incredibly crass this is because we call it romantic love, but romantic love is far more intertwined with sexual desire than we are willing to admit**. To truly seduce a woman is to make her fall in love with you. 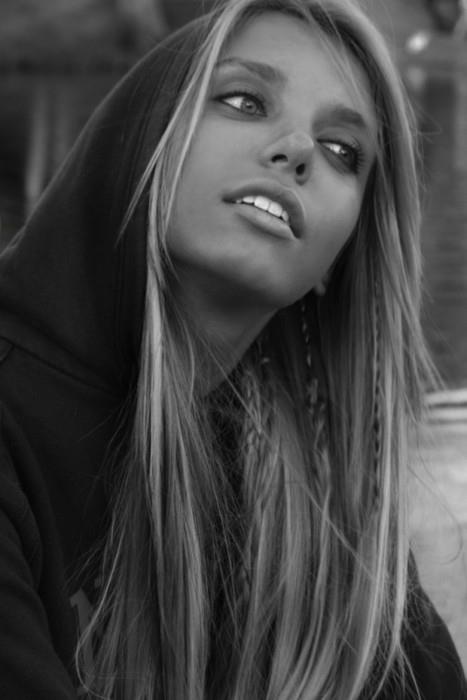 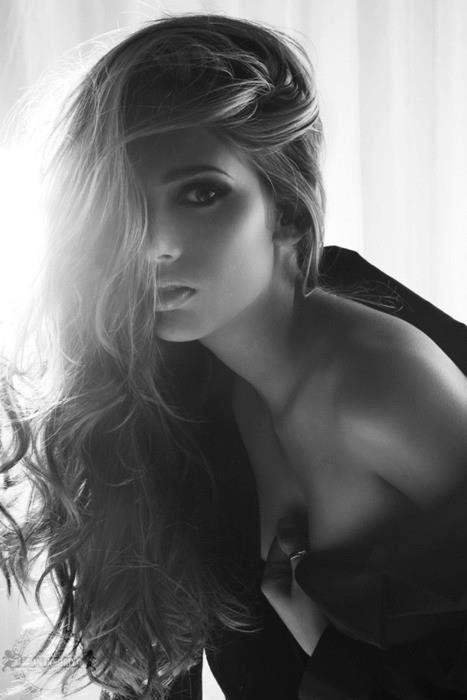 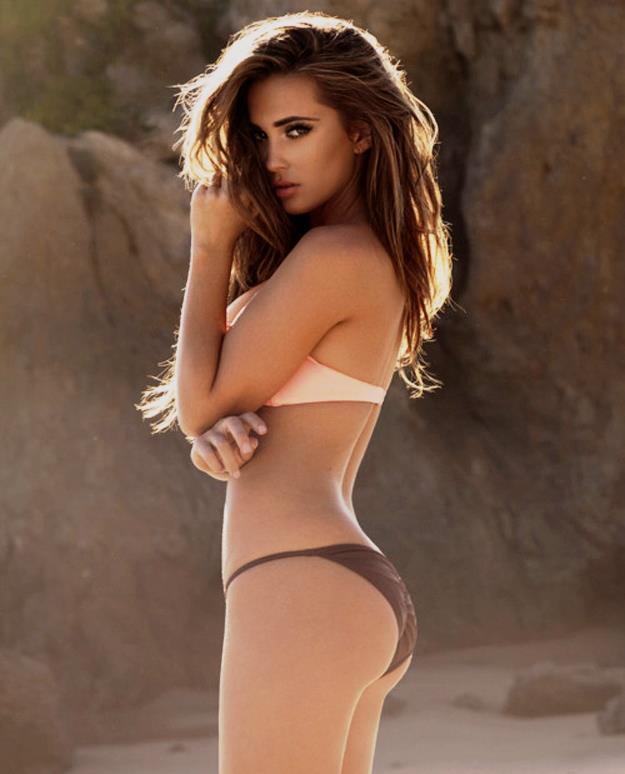