The Friday hawt chicks & links celebrates the liberation of Great Britain from the tyrannical tentacles of the European Union without a drop of blood being shed. I put this down not to the good faith of those involved, nor the supposed superiority of our morals in this time. If I have to choose a dominant factor that ensured that this did not play out on the battlefield it is simply the ease of access and dissemination of information that we now enjoy. After all, you’re reading these words, right? No matter where you are in the world you can enjoy the links and hawtness that is your regular Friday dose of goodness.

That’s pretty insane when you think about it. Rollo suspects that blogs are dead. I disagree. Blogs are very much alive. The ability to be able to reach all of you instantaneously when I click the publish button is simply unprecedented in our world’s history. People went stark raving bonkers over the printing press. Then came the telegraph, and then radio and television. But all of these had immense barriers to entry and start up costs.

Not the internet. Get on and write or record and then publish. Done. Which means an abundance of information, with most of that being pure rubbish. I get it when people run out of steam and I respect that completely. You can only do this for so long. But Brexit, baby. This came about because of the internet. The light shone on the attempted corruption and it shriveled and died. As recently as a decade ago they could have pulled the wool over our eyes, but no longer. All of the winning of the last 4 years can be directly laid at the feet of the inability of the powers at be to pour bullshit on propaganda any longer. That’s why this is not the Brexit edition – it’s the internet edition. The internet saves lives. Mark my words, not that long ago this rupture of the EU could very well have finished on the battlefield. Today it wasn’t even an option.

Long live Great Britain, long live Europe, long live the internet, and may the EU die an inglorious death. And with the preliminaries out of the way, let’s get cracking.

Have to start with this, don’t we. Irish chicks should be rightly ashamed of the sour cow on the rostrum. Why the hell isn’t the bitch in the kitchen? Because no man would have her, that’s why.

Apparently there’s a virus going around that’s named after a beer. Why, it’s killed a few hundred people in China! Please. A couple of hundred in a country with billions of people? Color me nonplussed. What a beat up. But it’s easily transmissible!! Yeah? Well so is chlamydia but you don’t see anyone going gaga over that. And the common flu kills tens of thousands every year. This is the biggest yawn scare of all time, which was the same with SARS. Who gives a shit? Talk about a beat up. It has the same pedigree as AIDS but we all had to give a shit about that one because of the poor sodomites who discovered that poop holes are unclean. Like, who could have ever thought of that?

Authors such as your reviewer and James Le Fanu have contended that there was a sea change in western society that occurred in about 1982 and, sure enough, that is where this account begins. That was the year that the acronym AIDS was adopted and, by one of those ironic quirks of coincidence, on the very month that this book was issued the UN has finally admitted what the sceptics always knew, that it had grossly exaggerated the scale and nature of the epidemic.

Apparently there’s a really hawt tennis umpire who is being “objectified”, (I am so sick of this shithouse leftist excuse for a vocabulary.)

However, Our K wants to broaden the criticism and that’s where she crosses a line. The bottom line is that that is how the young female is built, the Good Lord did that to ensure the propagation of her family line, that’s what a woman is – she is poetry in motion and so it is by no means wrong to appreciate the classy who make an effort.

Plus Ms Veljovic has done nothing to wrap herself in sackcloth or wear a heebeejeebee, plus she is in the prime seat in the place, plus it was a major tennis match. If Our Kayleigh can’t stand men for whatever reason, why must Ms Veljovic follow suit?

A reader by the name of Amfortas answers the question:

Why do women have to project their own objectification of women onto men? I am guessing that they have to find something wrong lest they fall under the spell themselves. It is sort of like a doorstop.

Oh, and this is worthless without pics. 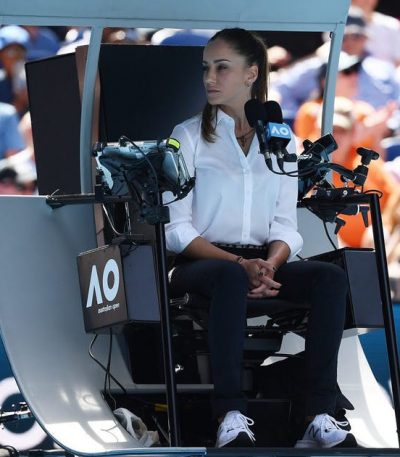 Why resurrect #GamerGate in January 2020? Consider what has happened in the Democratic presidential primary campaign: All of the non-white candidates except Andrew Yang (at single digits in the polls) have now dropped out, so that the choice is which white candidate Democrats like best …

… Also (and you have to pay close attention to the intra-party squabbling among Democrats to notice this), the feminists supporting Elizabeth Warren are all still angry about how “Bernie bros” fought against Hillary’s nomination in 2016. Lots of the guys who back Bernie have glaring misogyny issues of their own, according to the women who support Warren, and thus reviving #GamerGate becomes a way of trashing Sanders supporters and making a preemptive excuse for Warren’s ultimate defeat.

GamerGate is also responsible for The Germans attacking Pearl Harbor in the Vietnam War.

Elizabeth Pocahontas Warren: A young transperson will have veto power over my choice for secretary of education.

This in reference to a question about sex education/LGBTQ history in public schools. pic.twitter.com/txyt6OI6FX

This one caught my eye this week simply because of the borderline insanity involved, not of the mendacious Warren, but rather of the left in general. How can you listen to this nonsense and not think to yourself that Warren is either a lying cow, (what my money is on), or … a lying cow? The question is not that she’s full of shit, but rather why she’s doing it. Does Warren really believe that people will buy this guff? And if so, what does that say about them and of her?

I don’t care what side of politics you’re on, you can’t watch this and not throw up in your own lunchbox. And look at that crowd. Apart from the severe absence of the diversities, that’s a lot of white male dudes. Or maybe they’re pale Indians from the Wherethefuckarewe tribe. Dudes are really listening to this shit. Frickin’ fantastic.

At a time when progressives are doing everything they can to get the crime rate back up, you’d think they’d welcome this additional boost. They might run into a bit of trouble, though, when you remember that the crime rate in the U.S. fell substantially in the 1990s when warming was happening the fastest. I have little doubt that if anyone wants to take a serious look at crime trends and causation, you’ll easily find the numbers of prospective temperature-related crimes claimed in this study disappear as mere noise behind demographic and enforcement variables. But since the progressives are going to jail climate skeptics under President Bernie Sanders anyway, there should be plenty of prison space available. 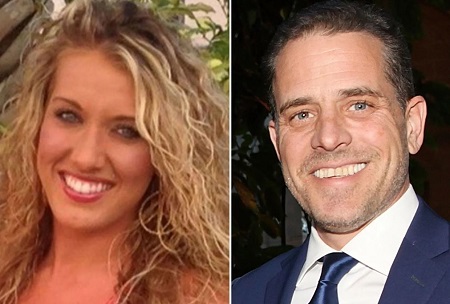 And that awful visage, dear friends, is why I don’t go to strip clubs. 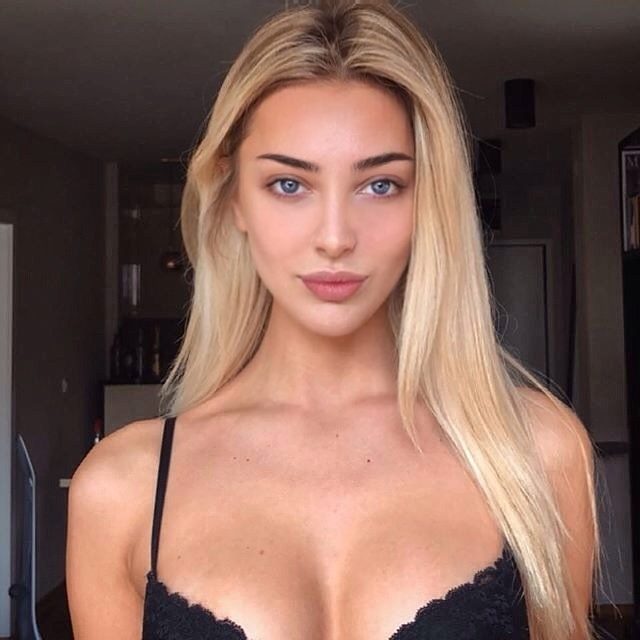 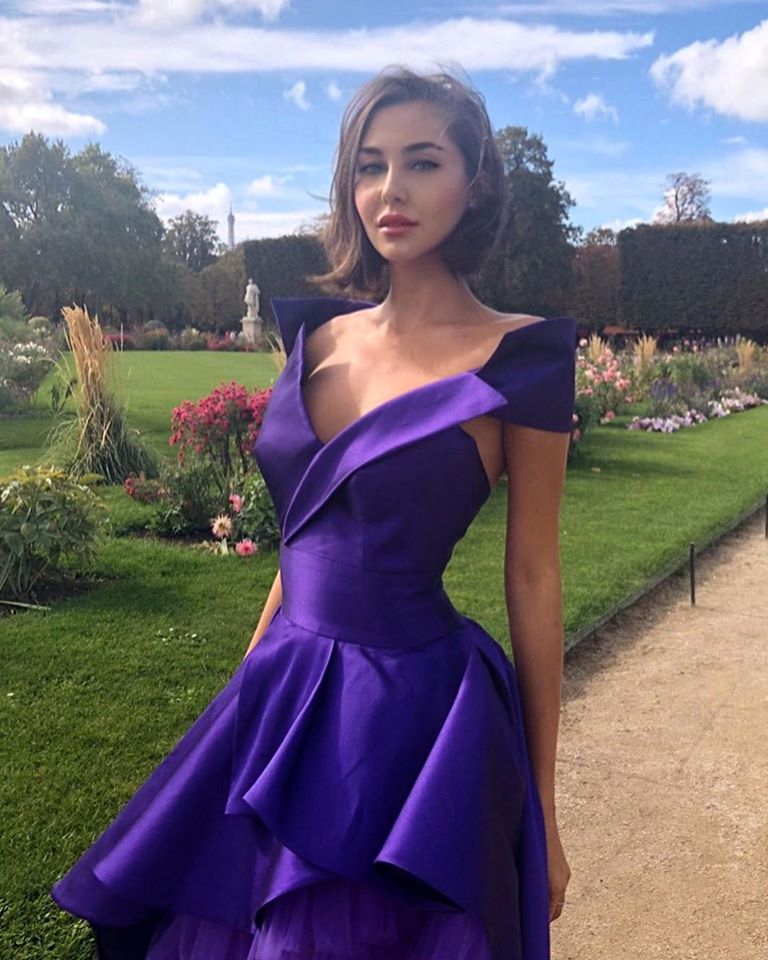 Podcast #133 – The put yourself out there episode.