The Friday hawt chicks & links is all you’re ever going to need to feel good and wholesome and warm again inside, like back in the days when your gramma made you cherry pie and cream, and you’d head down to the soda fountain with your best buddies to talk baseball and girls, good wholesome girls who had their hair in bangs and wore knee high socks and tight woolen sweaters, and who went to church and prayed devoutly for Jesus to guide a suitable young man into their path so that they might build a family in the service of the Lord.

That happened in 1957 for about 3 days and it ain’t ever happened since.

Look, folks; nothing ever changes, everything is the same, which means that your starry eyed memories are plain and simple bullshit. It was cold back then and it’s cold here now, no matter what the global warmings doomsayers would have it. 150 years ago Andrew Johnson was impeached because the swamp didn’t like him and today the same happened to Trump. But this week he was acquitted as anyone with a brain knew he would be, and now he’s beginning to ramp up the pressure. The gloves are off and hopefully some folks are going to be involuntarily suicided. We shall see.

So good on ya, Donald. You’re the man, there’s no denying that. This hawt chicks & links is for you, for sticking it out, for showing some heart and some pluck where most other men would have rolled over and died begging for mercy. I love the guy for that.

So now the Democratic caucuses are ramping up into the most open fraud in modern history. It truly is embarrassing. The people who screamed that the Russians meddled in the election are proving that it was some serious fucking projection on their part. Of course, this time they’re blaming the Russians too. Poor old Russians, what do you have to do to be liked in Siberia?

Have Democrats finished stealing Iowa from Sanders yet?

Keep in mind that Bernie Sanders’ campaign had people in every precinct caucus in Iowa whose job was to get the voting numbers, so that when the state party HQ bungled the count Monday, the Sanders campaign was able to release its own tally, showing that Bernie had won. According to their numbers, Bernie got 29.66% of the final vote, and Pete Buttigieg was second with 24.59%; in the raw vote total, Bernie won by a margin of 4,012 out of 79,162 votes cast. But for some reason — perhaps massive fraud — the official Iowa Democrat count still has only 86% of precincts reporting and it’s Wednesday f***ing night!

Well it’s Friday night now and at this moment they’re saying that it has to be not just recounted, but re-voted. 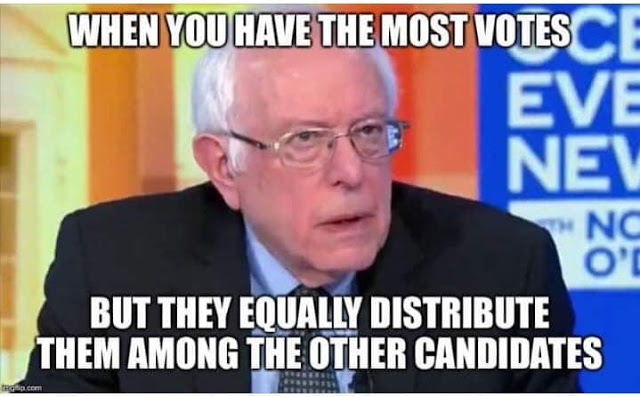 A final follow up to the Aussie bush fires, this article by the awesome Jo Nova, a native of my native city as well.

File this fact away: Satellite datasets show that in an average year 50 million hectares burns around Australia. In a quiet year, it’s only 20 million hectares, but in a busy year it gets close to 100 million hectares. A lot of this land area is in the far north and western part of the continent, which is hot and often arid. It’s not the same as the cool wet corner of South East Australia which has some of the tallest trees in the world. The fuel loads in the north are much lower (like the trees).

Some parts of the top end burn nearly 100%, year after year. It’s no accident that the awful devastation this year was not in the red hot firezone on the map below, but in the South East corner where less than 5% of the area burns each year. The rarely burnt is the risky zone where there is a 20 year build up of fuel. Some areas are on a 1 in 100 year rotation or even slower. There were places this year that a whole century of fuel went up to help make that stratospheric pyroconvective fire and deliver some leaves and ash to New Zealand. (Lucky them).

So far this season the fires that gained so much attention around the world have burned around 18 million hectares, which is only a 36% of the usual area burnt, though presumably that will increase after satellite data is analyzed and the rest of the fire season plays out.

There’s some cool graphics with pretty colors and stuff for you all to check out.

Roosh has decided that game is for fallen women.

Even if you have the best game in the world, a girl will effortlessly have more power than you by doing no more than showing up to the date wearing extra glossy lipstick, and the more you “win” with game by sleeping with many girls, the more you lose because of how deeply you become dependent on physical affections from women who ultimately would not sacrifice the end of a fingernail for your love without expecting the moon in return.

I will have more to say on this article in the near future.

For the nerds, a really cool article about rogue waves. Who doesn’t love rogue waves? Apart from sailors in ships, of course. They probably don’t like them very much.

The West German vessel and its 28-person crew vanished, leaving behind just four lifeboats, three shipping containers, and a handful of flotation devices.

One clue in particular stumped investigators. A recovered lifeboat — originally bolted to the München about 20 meters above the water — appeared to have been ripped from its perch by a tremendous force hurtling toward the ship’s stern. Rumors circulated that a monstrous wave had crashed onto the deck from above, but such a swell was, at the time, unthinkable. West Germany’s Maritime Board of Inquiry eventually declared it “impossible to explain the cause of the sinking.”

It’s not impossible – it was the rogue wave that did it! Rogue waves!

Hawt tunes of the week – Herb Ellis and his jam masterpiece, Pap’s Blues.

Why is English so weirdly different from other languages?

Thus English is indeed an odd language, and its spelling is only the beginning of it. In the widely read Globish (2010), McCrum celebrates English as uniquely ‘vigorous’, ‘too sturdy to be obliterated’ by the Norman Conquest. He also treats English as laudably ‘flexible’ and ‘adaptable’, impressed by its mongrel vocabulary. McCrum is merely following in a long tradition of sunny, muscular boasts, which resemble the Russians’ idea that their language is ‘great and mighty’, as the 19th-century novelist Ivan Turgenev called it, or the French idea that their language is uniquely ‘clear’ (Ce qui n’est pas clair n’est pas français).

However, we might be reluctant to identify just which languages are not ‘mighty’, especially since obscure languages spoken by small numbers of people are typically majestically complex. The common idea that English dominates the world because it is ‘flexible’ implies that there have been languages that failed to catch on beyond their tribe because they were mysteriously rigid. I am not aware of any such languages.

What English does have on other tongues is that it is deeply peculiar in the structural sense. And it became peculiar because of the slings and arrows – as well as caprices – of outrageous history.

I taught English for a few years when I lived in Italy, and it was only then that I truly began to comprehend just how structurally peculiar it is.

I never thought that I would ever link to the HUff Post, but it’s an old article by Mark Rippetoe that popped up on my feed.

The important distinction between exercise and training.

Moving on up the ladder, Exercise is physical activity performed for the effect it produces today — right now. Each workout is performed for the purpose of producing a stress that satisfies the immediate needs of the exerciser: burning some calories, getting hot, sweaty, and out of breath, pumping up the biceps, stretching — just punching the physical clock. Exercise is physical activity done for its own sake, either during the workout or immediately after it’s through. Exercise may well involve doing exactly the same thing every time you do it, as long as it accomplishes the task of making you feel like you to want to feel while you’re doing it.

But for athletes and people with a definite performance objective in mind, Training is necessary. In this context, Training is physical activity performed for the purpose of satisfying a long-term performance goal, and is therefore about the process instead of the workouts themselves. And since the process must generate a definable result at a point in time removed from each workout, the process must be planned to produce this result. Training may also be the best way to achieve the goals that many people seek through Exercise.

I’m in training to drink enough that people will think that I’m a Russian.

A young priest committed suicide and it seems that his medicine might have had something to do with it.

I realise the medicament given to Father Harkins was a reaction to severe, likely life-threatening, digestion problems, which demanded a robust countermeasure. However, I cannot avoid thinking that there is something seriously wrong with a medicament that can cause such suicidal instincts in those who take it. At the very least, it is fair to say that cases like the one of Father Harkins and the other ones mentioned by the Abbess should be thoroughly investigated by the appropriate authorities and regulators; at the very least, one would think that a thorough and serious warning about the potential side effects and, perhaps, mandatory medical supervision should be linked to the cure. I am approaching sixty years of age, and I did not even know that medicines with such brutal side effects exist in the first place.

I found out that 25 years ago when doctors prescribed strong steroids to deal with a physical ailment that I was suffering. Back then when the internet was in its infancy, I easily located 3 pages of side effects ranging from osteoporosis to suicidal depression. I gave the drugs a wide pass. 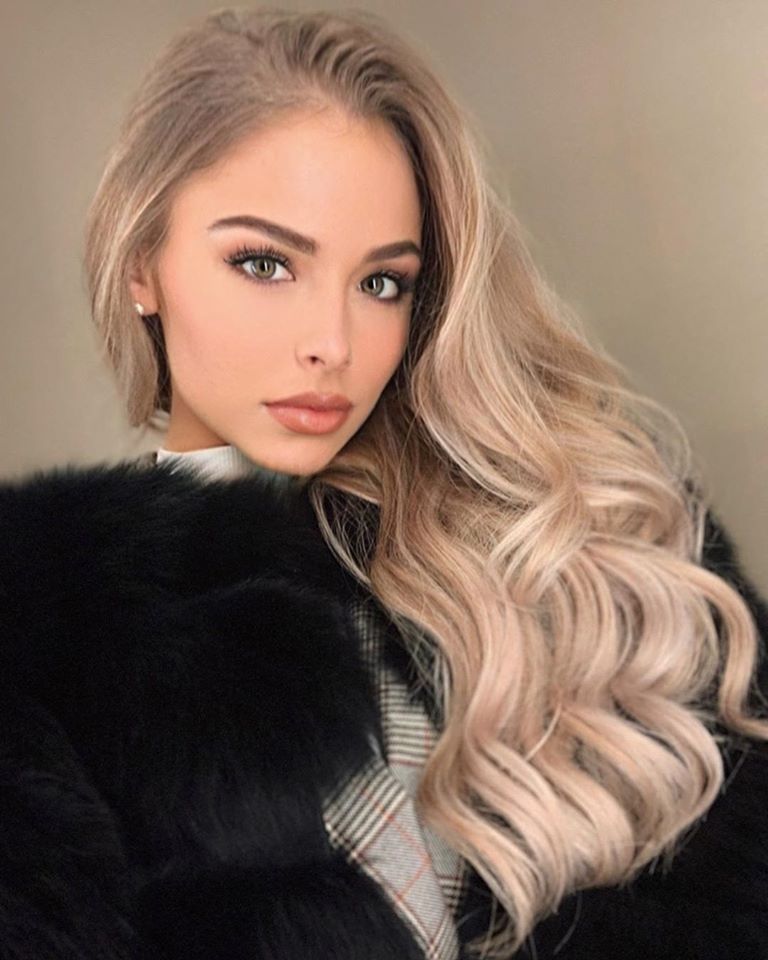 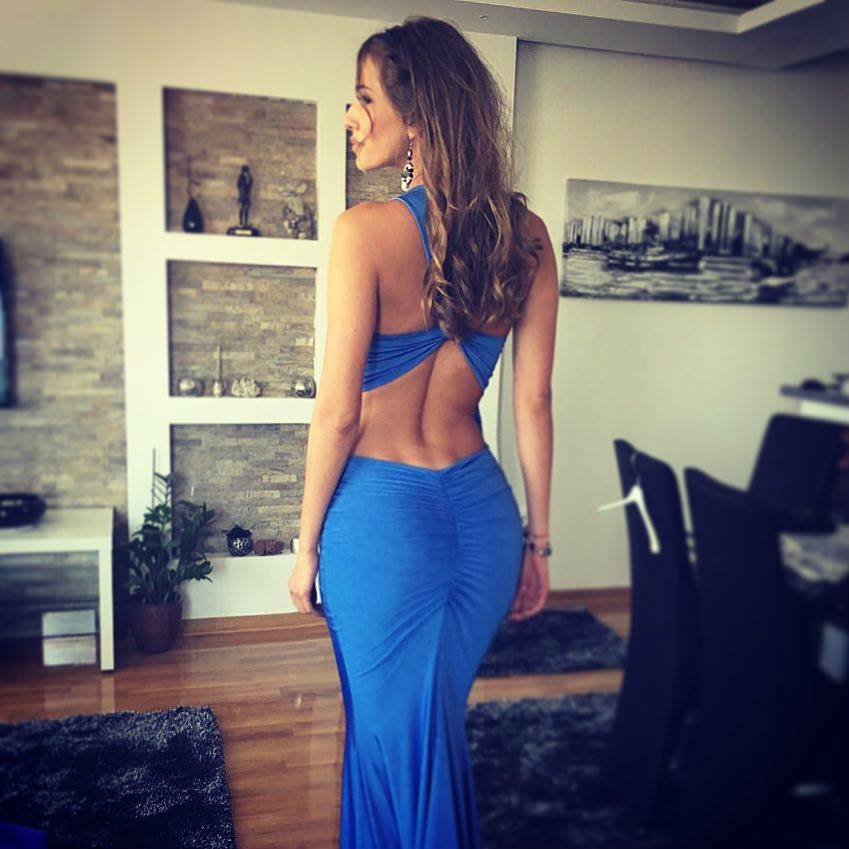 Get everything in writing.