So this guy decided to represent himself in the Family Court; the California Family Court. And after the initial proceedings he had 14 months to get his act together, so he spent the time studying law at home, not at some random college. And then he had his day in court.

And he got the DA arrested under citizen’s arrest and charged with Contempt of Court and Discrimination Against the Disabled While Acting Under Color of Law.

Keep in mind, however, that this happened a few years ago before all of the current leftist nastiness really took hold. But an awesome effort nonetheless.

Here is his day in court. And with this tale of valor, let the hawt chicks & links officially begin.

How Boomers killed the summer job for teenage kids, because Boomers.

I can make a pretty strong argument that the “Fight For $15” minimum wage doesn’t buy what my Rax wage of $3.35 used to buy. And yet Eric Chester is right: even at $7.25 an hour, you can find plenty of full-time adults to do the work that used to be done by kids and part-time workers. What happened?

You know what happened. The “Greatest Generation” decided in 1965 to open the floodgates for immigration. Their Boomer successors voted again and again to remove even the most nominal of limits to incoming labor. We’ve had more than thirty million new legal immigrants since the turn of the century, which sounds insane but is, in fact, the case. There are about 45 million legal immigrants and another 11 million “undocumented” immigrants in this country.

Adding 56 million people to the American economy, more than half of which are considered “low-skilled” workers, did exactly what you’d expect to wages. We are told that “the economy benefits” from this additional labor, which is a nice way of saying that the stock market benefits. What happened to human beings? Read for yourself:

Just a great read. Gives you so many warm fuzzies to comprehend that yes, you did get screwed over. I hope you all feel so much better now.

Roosh reckons that moderation is bunkum.

I used to believe that it was easy to moderate my vices using willpower alone, whether it comes to sex or something as basic as coffee, but I realized that “moderation” or seeking the “middle path” are mythical notions. If you allow just a little bit of vice in your life, the process of backsliding immediately begins as you gradually make exceptions to partake in more and more of the vice. Therefore, when it comes to staying away from harm, abstinence is the only solution that is effective.

He then gives many personal examples. But how do we square this with the obvious elephant in the room? The first trait of the modern man is moderation. The key is in what I wrote on the subject:

There are three type of people in the world: scrupulous, moderate, and exaggerators.

I would wager that Roosh falls into the exaggerator camp. One of the problems with exaggerators is when they start to get things under control. They need to search around for answers to their exaggerating plight. In this, as in everything else that they do, they tend to exaggerate. Roosh is not correct that there is no such thing as moderation. The truth is that there is simply no such thing as moderation for him.

Apparently there is a dude bro socialist podcast that worships Bernie Sanders. The feminists don’t like them, but that doesn’t mean anything as those gals don’t like anybody.

The deliberate vulgarity of the Chapo Trap House crew can be viewed, from a psychological perspective, as part of an adolescent “bad boy” posture expressing the antisocial outlaw impulse of the would-be revolutionary. The Bernie Bros are disrespectful of what is considered “acceptable” norms of behavior within the milieu of college-educated liberals. Not everybody who mocks feminism does so for the right reasons, just as not everybody who rejects liberal ideology about “diversity” and “inclusion” does so for the right reasons.

The Chapo Trap House crew are making loads of cash. What’s hilariously ironic is that if their socialist hero ever got into power then the last thing that a commie like that would allow would be independent radio shows no matter who was making them. They would be shut down faster than a Christian baker in Portland.

In last week’s hawt links I took a shot at the fact that CPAC boasted their very own drag queen. I’m happy to discover that I am not the only one who balked at this leftist pandering.

So Lady MAGA himself got all upset about it on Twitter. Why he has bona fides! And then he got wrecked in the comments.

How revealing that he chose to begin his rant by telling his detractors to shut up. A tell-tale move of the prog leftists if ever I have seen one. Just like you never let women into your institutions, nor do you allow entry to the criminally insane or obvious leftist plants.

This advertisement is truly amazing insofar it is exposing a lot of issues that many people find questionable. There are some entities that Trump points out in this advertisement from Sorors to the bankers who I can personally attest have been engaged in trading markets for major gains and rely on the SEC and CFTC to always look the other way. Some banks have been paying bribes to achieve their goals in markets. I have called them “The Club” for they were outright soliciting me to join.

This 2020 election will be different. It will be very interesting, to say the least. This ad DOES NOT target a specific candidate. So it seems to be throwing down the gauntlet for an all out war. This is very curious for it is a major departure in how politics had been played. The point here is that the gloves have come off. I have been warning that the 2020 election should be the most violent. Perhaps we have not seen anything yet.

Rollo discusses putting yourself first before your other half.

These are tough questions for most guys. I’m often asked how to vet a woman for a relationship or marriage and the hard part of coming up with a list of qualifications is that you have to actually be in a relationship with that person to really judge a woman’s suitability for a long term commitment. Hot sex is a great ‘up-sell’ for women to convince a man to commit, and it’s usually at the top of a guy’s list of must-haves for his commitment, but you don’t really understand her motivations or genuine desire until you are already in a relationship. Now you have emotional investment in her (caught feelings) at the same time you’re realizing she’s really not the person you thought you were vetting her for.

I have seen this happen too many times to count. I honestly think that it is a very good argument for not having any sex with her until after a formal commitment. Just what shape such a commitment would take in these crazy times however, is anyone’s guess.

This week’s long read is from Ron Unz – Mossad Assassinations.

But note that Congress has been considering legislation declaring Russia an official state sponsor of terrorism, and Stephen Cohen, the eminent Russia scholar, has argued that no foreign leader since the end of World War II has been so massively demonized by the American media as Russian President Vladimir Putin. For years, numerous agitated pundits have denounced Putin as “the new Hitler,” and some prominent figures have even called for his overthrow or death. So we are now only a step or two removed from undertaking a public campaign to assassinate the leader of a country whose nuclear arsenal could quickly annihilate the bulk of the American population. Cohen has repeatedly warned that the current danger of global nuclear war may exceed what which we faced during the days of the 1962 Cuban Missile Crisis, and can we entirely dismiss his concerns?

Elizabeth Warren’s campaign finally hit the dreaded wall long after she did. It turns out that the only people who wanted to vote for here were the elite university types currently paying through the nose for a degree in cognitive partitioning.

In other words, the stupid people.

I was shocked the other day to learn that one of the Chapo Trap House podcasters, who goes by the pseudonym “Virgil Texas,” went $100,000 in debt to attend Cornell University. Dude, how stupid can an allegedly “smart” person be? You don’t even need a college degree to become podcaster, much less an Ivy League degree and, having visited Ithaca, N.Y., I can’t understand why anyone would borrow money to go to school there. If a young man with good SAT scores just wanted to spend a lot of money to go to college, what about surfing your way through Pepperdine or partying your way through Tulane? Like, you could actually live for four years — palm trees and sunshine and girls wearing short-shorts — instead of enduring those grim winters in upstate New York. 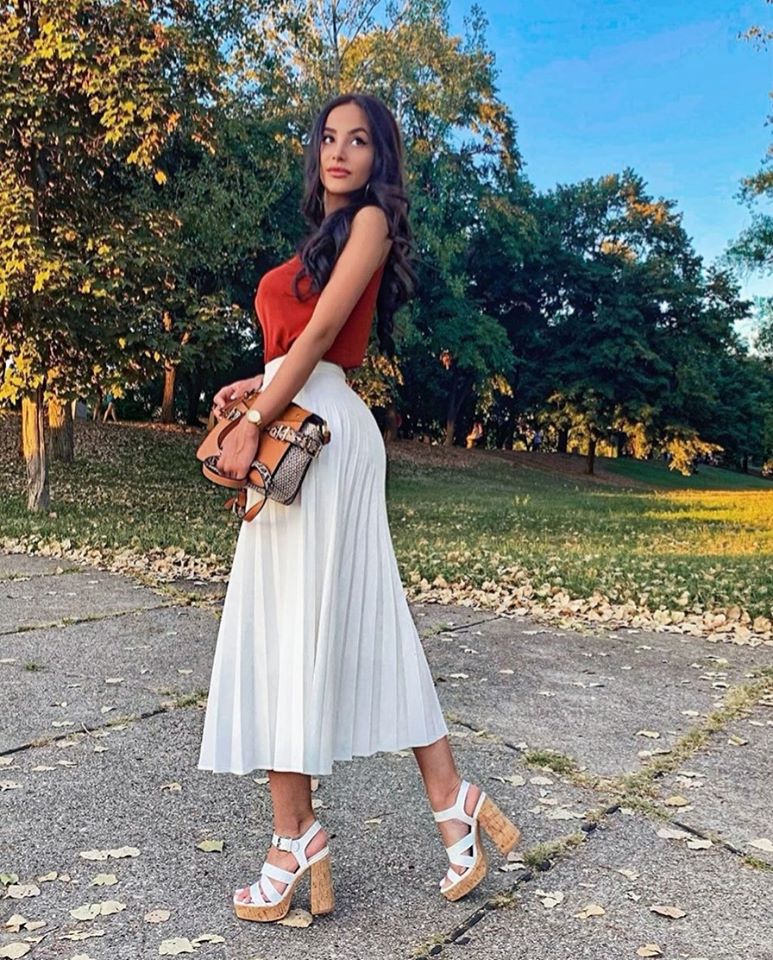 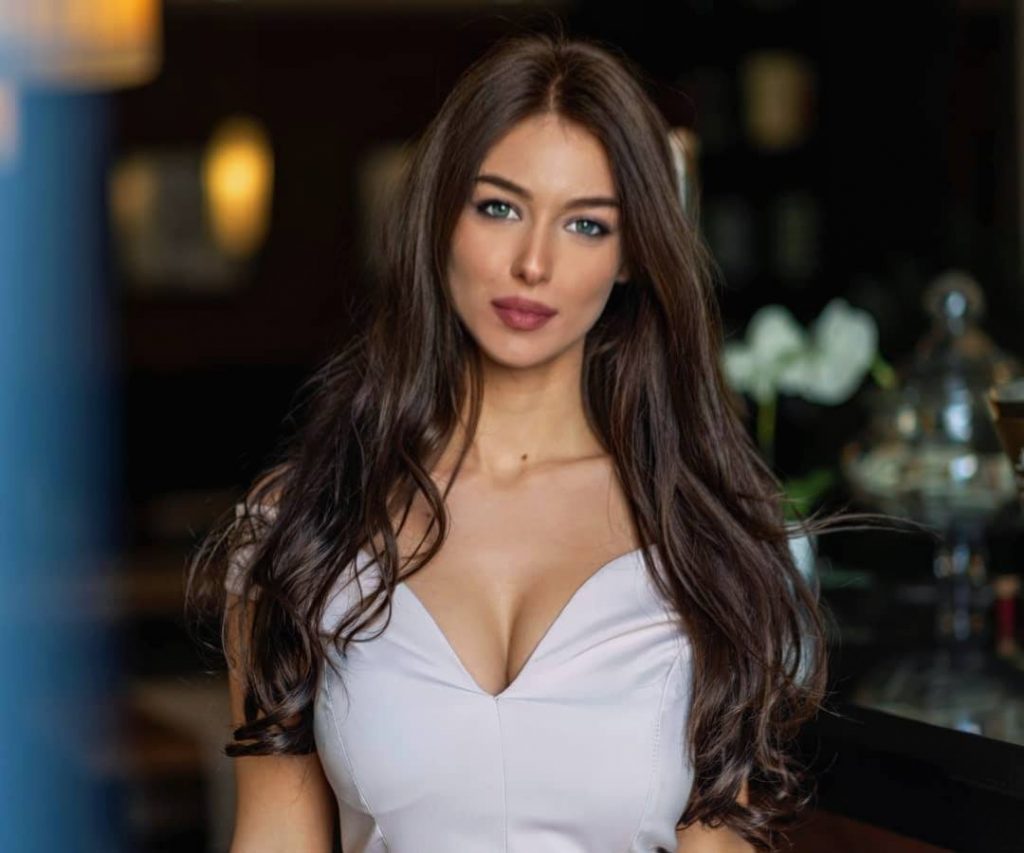 It turns out that women can have it all.