This is our own Dark Age.

As a kid I was always into history, still am really. One of the periods that fascinated the young Adam was the Dark Ages. I used to wonder how it was for the people living in such a time. For one, I assumed that it was always cloudy with lots of rain; gloomy even. That’s what happens in a dark age, hence the name. Later in life I discovered that there was a thing called the Medieval Warming Period which had nothing at all to do with some dominatrix’s tepid time of the month. Apparently palm trees grew in England and they made wine in Ireland. Didn’t sound dark to me at all.

What really made the Dark Ages rather sombre was the fact that everyone was downtrodden and just consumed with scratching around to make ends meet, while trying to avoid being skewered on the spear of some random barbarian. Because of this the world went backwards. People forgot how to read, they forgot how to build stuff that their relatives had been able to build, that sort of thing. It all sounded rather horrible. Thank god for the renaissance!

But it turns out that this was historical nonsense, dreamed up by people with an axe to grind and an agenda to propagate. 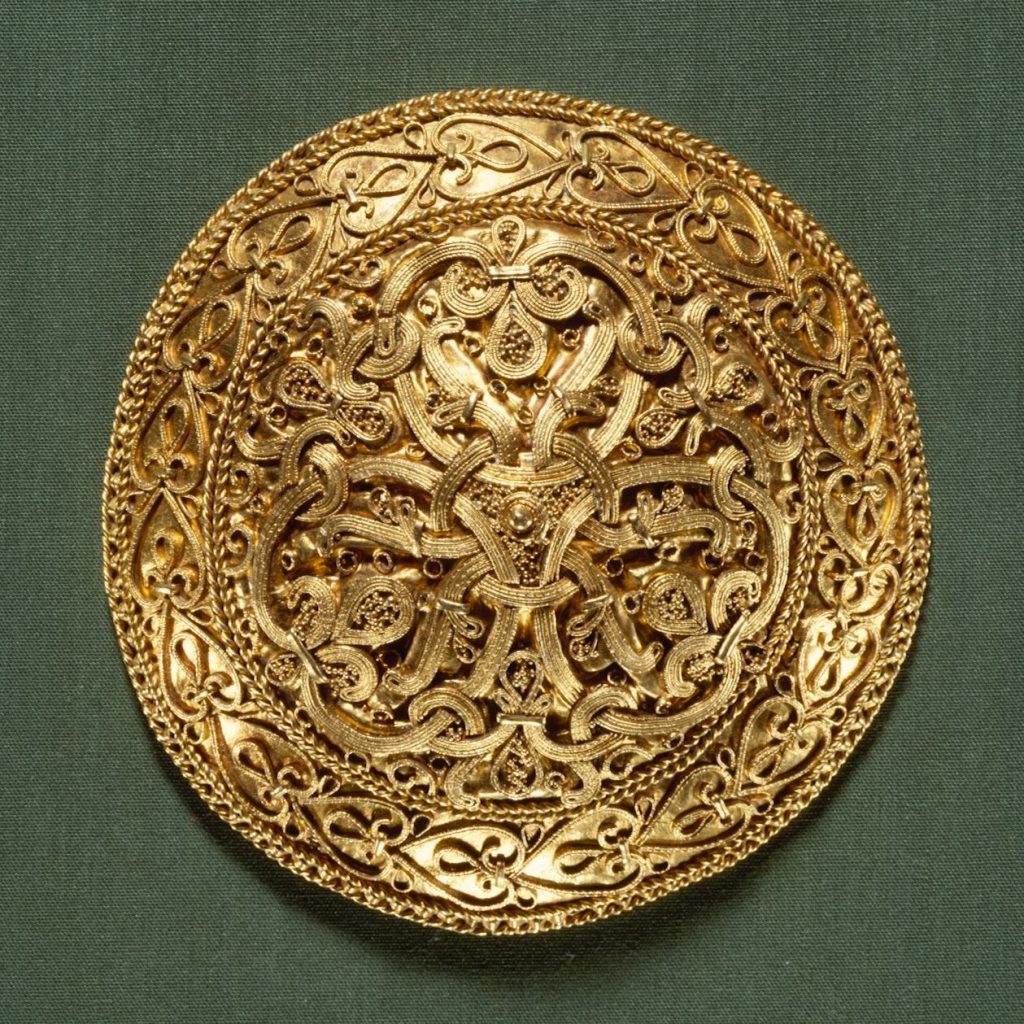 This is a circular golden brooch made in Denmark in the last half of the tenth century. Denmark at the time would have been really dark if you believe the historians. And yet they produced precious items such as this.

Borepatch had a very nice post the other day on the same topic. He juxtaposed wonderful examples of Dark Ages sculpture with what passes for the same art form in this day and age. The examples that he gave were taken from the Wikipedia page for modern sculpture. 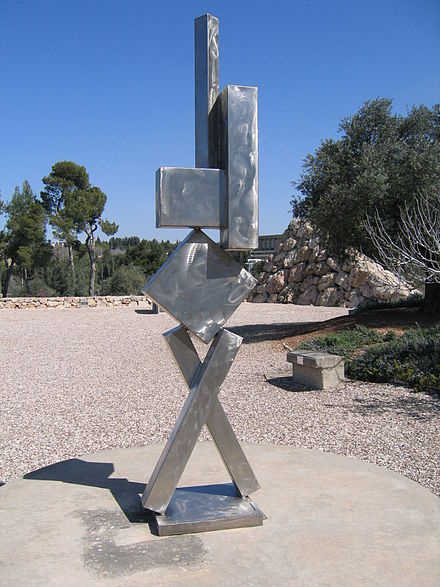 it’s got a title but who cares; it’s just a literal pile of junk.

It’s not just art that is a reflection of the age in which it is made. Architecture is another example, and anyone with two eyes and a cortex with a spark can easily see that we live in a time of great ugliness as far as that is concerned. In fact, ugliness is the byword for our present age. Our discourse is ugly, our relationships our ugly, our clothes are ugly, the cars that we now buy are ugly; the way that we are forced to live is also ugly. We have disfigured our environment in order to placate the gods of wind and so that is ugly as well.

We live in a time of great ugliness. But it goes much deeper than that. On deeper reflection we are ourselves living what we accused past generations of suffering through. We are in our own Dark Age. The only thing that is advancing is technology but that is at our own expense. Yes, you will live longer, but your end days in some retirement home will be devoid of beauty as you lie there in abject silence, deserted by your relatives who have no time for your last moments as they scuttle like rats in this ugly existence.

For future historians, if that discipline ever achieves some level of seriousness, this time in which we live will be known as the Dark Ages. And they will wonder what it was like to live in such a time when every aspect of peoples’ lives was regulated to an inch, and where ugliness was the expressed order of the day. And as they ponder on that, we can ponder on the rampant levels of drug use and suicide in our communities, the retreat of millions into online pornography at the expense of the beauty of an actual relationship, the outsourcing of the lives of our children as we race around working to buy the latest stuff, and the separation and divorce of each of us from our communities and from the world in which we exist.

Which is why we have to make the best of it. Which is why you should always do your very best to surround yourself with beauty, in everything that you do, in everything that you see and with everyone with whom you interact. It is all that we have when the world goes dark. And when you are confronted with the latest outrageous ugliness, such as a lunatic dressed as a satanic woman reading putrid prose to little children, realise that you are living in a dark age. It does not mean that you accept the ugliness, only that you understand the context in which you live.