An update from Italy. It’s in Italian but I’ll translate it for you. 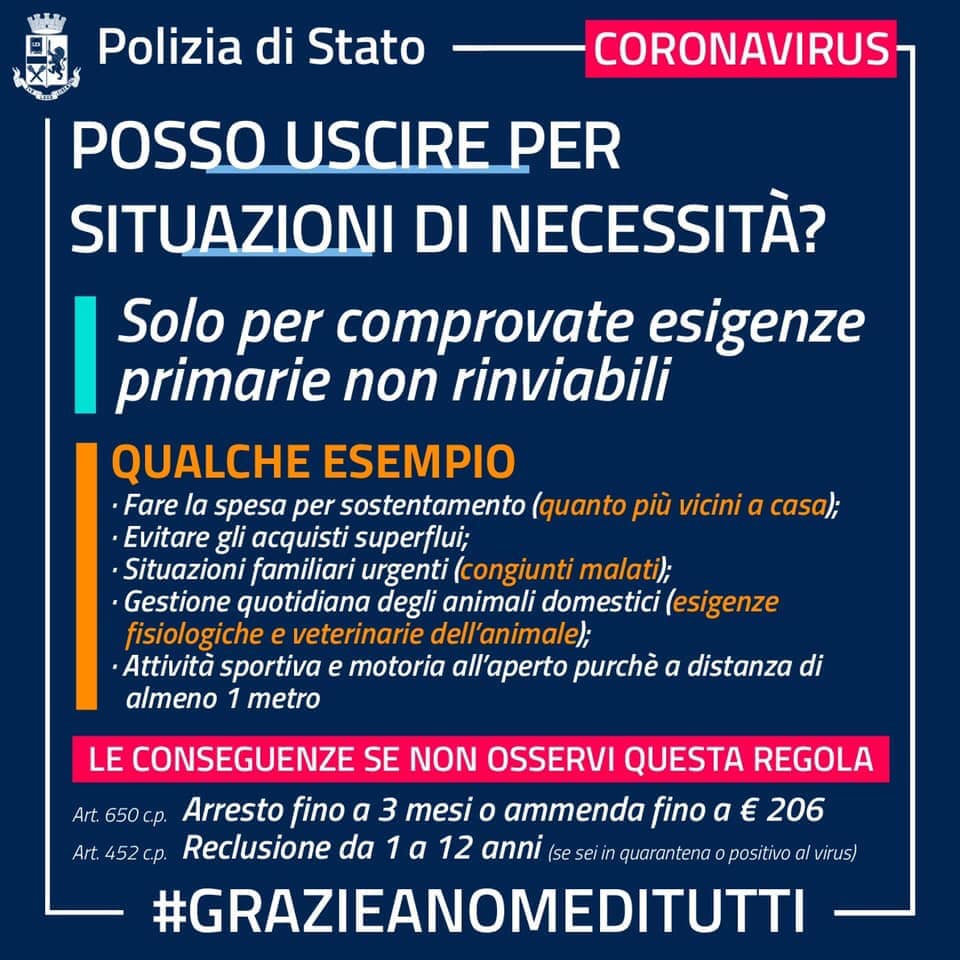 It’s from the State Police and is titled, “Can I go out if it’s necessary?”

Only for demonstrable necessities that cannot be postponed.

Essential groceries, (but close to home).

Taking care of animals and pets.

Outside sporting activities or driving at a distance of at least 1 meter.

If you do not follow these ordinances then you are liable to face the following penalties:

Imprisonment for 1 to 12 years if you carry the virus.

I predict that they will close their borders within a couple of days. The Italians are also beginning to say that the elderly should be denied hospital beds. In other words, if you’re old then you’re on your own. In Italy of course that is not true as their society values the elderly and they look after their own. In Anglo countries? Not so much.

You had better make sure that your pantry is stocked. If you haven’t done so already then you’re a bit silly at best. Trump today closed the US border with Europe for a month. Traveling at the present time is not such a great idea just for the fact of being stranded, and you don’t want to be a stranger in a strange land when this sort of thing goes down and you find yourself stuck without a support network.

Finally, a video from Nicholas Taleb on the current situation.